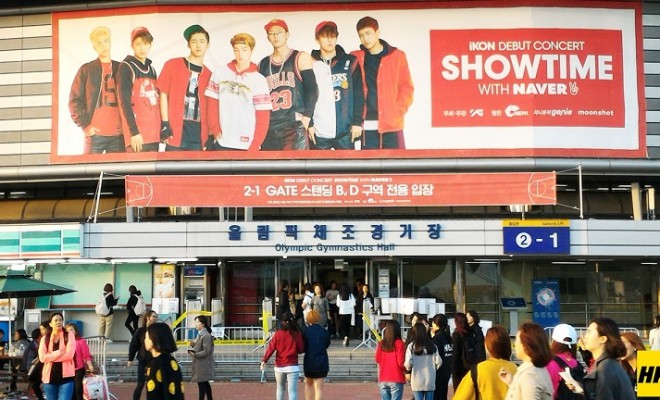 Korea Joa 2015‘s main highlight on day 3 was what we have been looking forward to – iKON‘s debut concert. A new YG boy group consisting of B.I, Bobby, Kim Jinhwan, Koo Junhoe, Song Yunhyeong, Kim Donghyuk and Jung Chanwoo, iKON didn’t have an easy start like any other Kpop artist or group, as the boys were put as a group in a reality survival program Who Is Next: Win, competing against another group of fellow trainees. They eventually lost and the winning group successfully debuted as WINNER last year.

The highly anticipated debut concert, held at the Olympic Stadium on 3 October, was nothing short of spectacular, and iconic in a new sense. How so?

Simply put, have you ever been to a concert where fans’ safety is put on top priority?

For the very first time, we sat through a concert that was interrupted for more than 30 minutes, because the fans in the mosh pit were feeling the heat-literally. The heat from the pyro flames were so strong, even those seated on the second floor could feel the heat each time the flames shot up. Also, in order to see the members up close, fans in the mosh pit started pushing their way forward, ultimately crowding those who were in the front.

Worried for the fans’ safety and their physical well-being because of the heat, the concert director and the members of iKon decided to put their well-planned concert on hold. The concert director came up on stage to direct fans to move back in order to allow those in front to have some breathing space, and asked the ground staff to hand out sufficient bottles of mineral water so fans would not be dehydrated. Fans moved backwards, albeit a bit reluctantly at first. Fans on the other floors then clapped and cheered for them, knowing how difficult it would be to give up that spot they got after anticipating this debut concert for so long. When the boys finally came out again and resumed the concert, the somewhat ruined atmosphere was quickly uplifted, and the fans got back into the game in no time at all.

When the members asked fans once again to move back, citing fears that their fans were feeling discomfort due to the incessant pushing from the people in the back. Almost immediately, the mosh pit fans started to back up and make more space for those in front.

Then they went on a hunt for their ideal types. While singing My Type, each of the iKON members picked their ideal types from the crowd. The seven lucky girls were then seated on the rotating stage, serenaded, and then given the chance to play basketball with the members.

The final match between Donghyuk and Yunhyeong‘s teams ended with Donghyuk and his partner as the winners! And so, Donghyuk’s partner got her wish—to take a selca with Donghyuk. But the members decided to spice things up abit by suggesting Donghyuk to give her a peck on the cheek, much to the chagrin of the fans (especially those sitting behind us).

iKON performed their songs from their debut album Welcome Back, Rhythm Ta, Today, Touch the Sky, Airplane and many others. The concert was also punctuated with guest performances from the YG family. Epik High entertained the crowd with Fly and Born Hater. Jinusean brought Jung Hana along for their Tell Me One More Time and Oppa Car. The members of Epik high and Jinusean congratulated iKON on their debut concert, and said that they had worried about iKON’s future unnecessarily. Indeed, it might have been unnecessary worrying for a group which saw some 10,000 fans for their first concert. 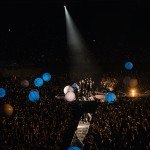 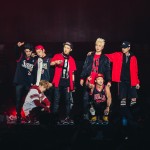 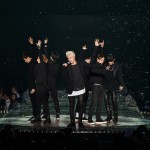 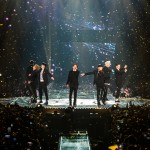 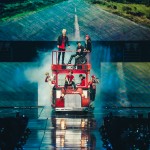 All un-watermarked photos are from official source – YG Entertainment.