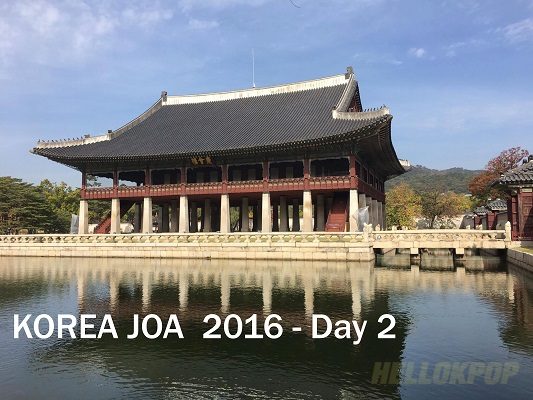 We officially started our coverage program with the first on the itinerary – Gyeongbokgung Palace, a pretty good starting point of the day.

If you have kept up with our coverage in Korea Joa 2015, you might already know a little about Gyeongbokgung Palace which was built in 1395, as well as Haechi, a legendary creature that stands on guard outside this historical palace.

Gyeongbokgung Palace is commonly referred to as the Northern Palace because its location is the furthest to the north when compared to the neighboring palaces of Changdeokgung (Eastern Palace) and Gyeonghuigung (Western Palace) Palace.

Gyeongbokgung Palace is arguably the most beautiful, and remains the largest of all five palaces. 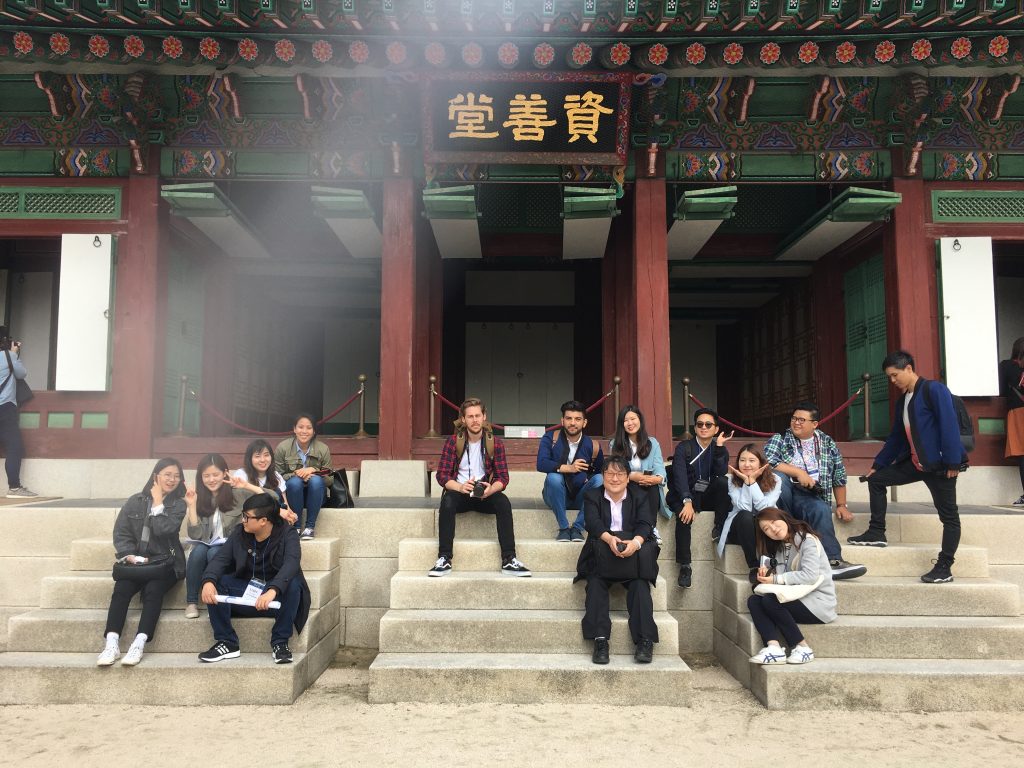 As everyone gathered in front of Heungnyumun Gate at Gyeongbokgung Palace, we witnessed the ceremony of changing the royal guard for the first time.

The guard changing ceremony happens 6 times each day, for nearly 307 days a year (closed on Tuesdays). When the drum is sounded, the gatekeepers start to march in raising flags on hands.

Our morning and afternoon were practically well spent in exploring and understanding about the palace. We had also seen travelers donning in Hanbok – the traditional Korean dress, made up with Jeogori (upper garment) and Chima (skirt) worn by women, while men wears the Jeogori and Baji (bottom).

Don’t need to thank us – you are admitted free to Gyeongbukgung Palace if you wear Hanbok.

We headed to our second destination, Samcheong-dong which is within walking distance. We had Kalguksu and dumplings as our lunch at Hwangsaengga Kalguksu. This restaurant is famous for both of the dishes, and we were told by our guide that even Running Man casts were there to film too. Lunch was really good.

After lunch, we were give an hour to explore the neighborhood wood. Decorated with art galleries, boutiques, cafes and museums, it is not surprising to see exteriors of buildings built with antique architectural design to match the brands’ concept.

However, most of them are designed to look like traditional Korean houses. If you use Instagram, this place would be just the right place for you. If you do not, fret not. Samcheong-dong offers much more than just taking photos.

Many galleries have their own cafes,  craft shops, or restaurants, making it easier for visitors to enjoy art, shopping, and lunch all under one roof. 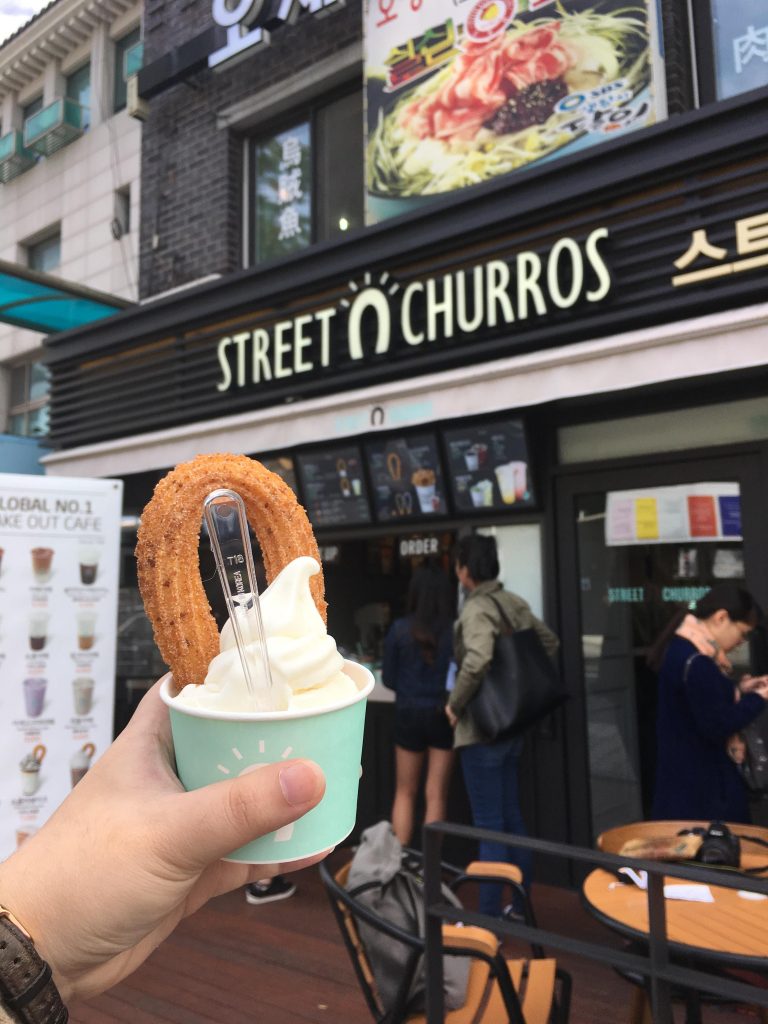 Try this when you are at Samcheong-dong!

A cultural trip can never be complete if you don’t get to try on the beautiful Hanboks.

We were treated to a Hanbok experience at Leesle, a modern fashion brand tailoring fusion Hanbok founded by Hwang Lee Seul, inspired by the traditional Hanbok.

As the name suggests, fusioning Hanbok is a clever combination of traditional Hanbok with an unique twist, transitioning into a modern outfit suitable for daily wear.

The humble Leesle owner specially prepared a fashion show to showcase a series of traditional and Hanbok sets for Korea Joa participants, explaining the difference between the two of them.

We also seized the opportunity to talk to Hwang, digging deeper into her brand, inspiration and challenges.

Stay tuned for the exclusive story of Hwang Lee Seul and her Leesle, coming soon in our next update! 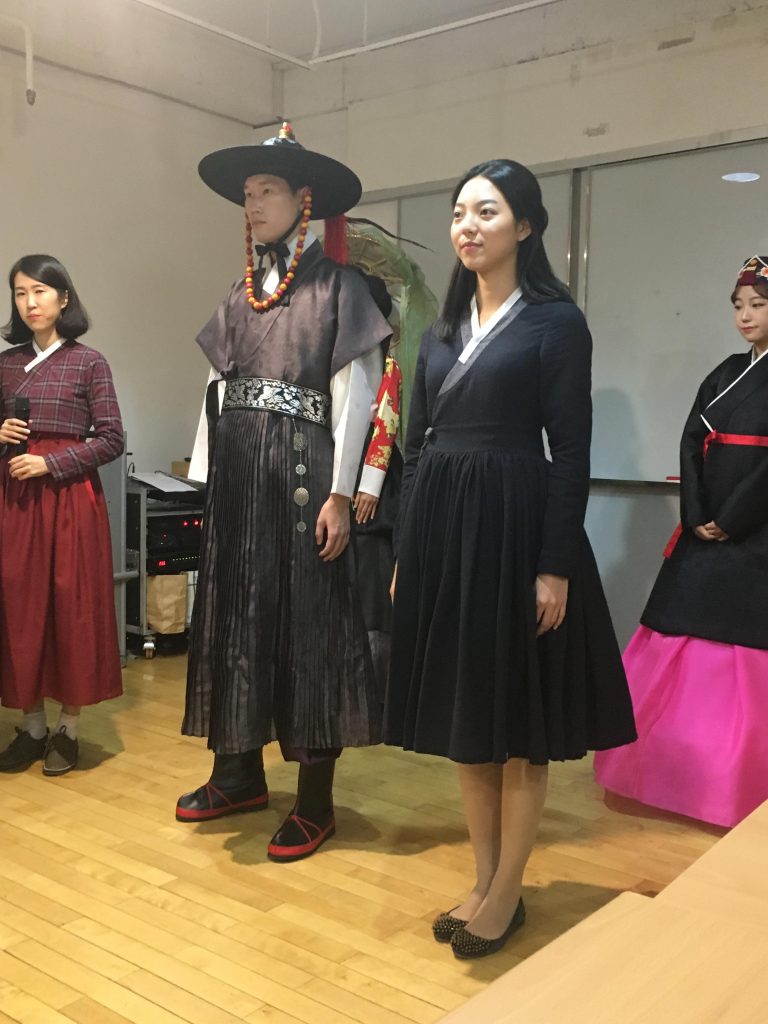 It was already late noon by the time we left Leesle.

Moving on, we went to Cheongwadae Sarangchae, a place for visitors who want to learn more about the Korean culture and the history of former Korean presidents.

Cheongwadae Sarangchae offers Korean Food Experience Program. We became the chef of the day when we got the chance to try our hands on making Bulgogi, Yeongun and Bibimbap in easy steps that we can make at home.

Our second day was romantically wrapped up at Namsan Seoul Tower.