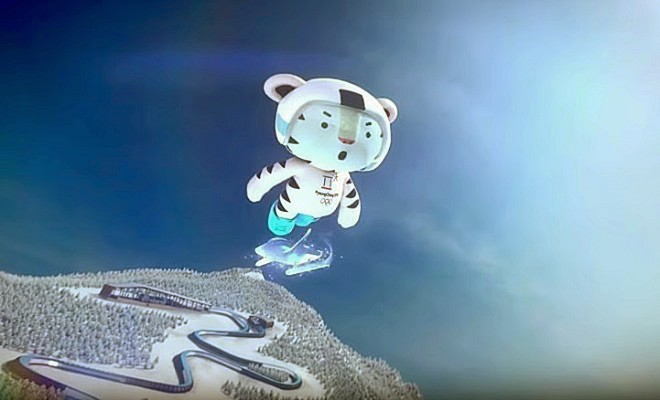 5 Unusual Winter Sports You Should Try At Least Once

With PyeongChang 2018 Winter Olympics approaching fast, it is a good idea to consider getting a ticket to the games, especially this is South Korea’s first time hosting such a major winter sports event! The Online General Sales Phase is coming up in September 2017, open to Koreans and foreigners. And if you are now in Korea, you can also join in the pre-Olympic firework festival this month as the country begins the countdown from 200 days to the much-awaited Winter Olympics.

Though it hasn’t started snowing yet, I think it is always a good idea to pre-plan activities that help you stay active in the cold winters. If you’re the kind of person who wants to make the most of the winter days instead of keeping yourself bored in the house, then winter sports are the best option for you. While everyone thinks of activities like skiing and snowboarding in winter, there are actually a lot more that you can do!

Below are five pretty unusual winter sports that you can opt to have fun and burn some calories both at the same time. Only one of them is a competitive event in the coming winter Olympic since 1998, while another debuted as a demonstration sport at the 1928 Winter Olympics. Who knows, the rest might one day be included in the Olympics as the interest and popularity continue to grow!

Translated as ski-driving in the Norwegian language, this game involves getting pulled by a horse, dog or a pair of dogs while you’re on skis. Yes, you read that right.

Started in Scandinavian countries, decades ago, this method was used by the locals as a mode of transportation. Over the years, this has turned into an official sport, and has been played since then in various snowy spots all around the world. You could opt for a simple race but in many cases, there are ramps and hurdles present in between to test the skills of the racer. Most races in this game range from 5 km to 20 km. In some cases, a motor vehicle is also used in place of an animal – to pull the skier. The longest Skijoring race was held in Kalevala, Karelia, Finland, which was 440 kilometers long.

In popular countries such as the U.S and Canada, Skijoring is often conducted alongside various sled dog races. The IFSS (International Federation of Sleddog Sports) conducts Skijoring world cup races all over the world. The latest one was held this year in Haliburton, Ontario, Canada.

Skijoring (also Skijoering) was a demonstration sport at the 1928 Winter Olympics, held in St. Moritz, Switzerland in February 1928. The sole skijoring event was held on February 12, the second day of the Olympics.

The name may sound creepy but this game is an extremely fun game, which involves snowball fighting on a huge scale. Sounds fun, isn’t it?

Initiated in Japan, this game has 14 people in total- divided into teams of seven each, competing against each other on a snow covered ground. So this game is both of a way to reduce calories as well as have fun through competing against each other. It also allows players to hide into shelters placed all around the ground. The team, which gets the opposing team’s flag without getting hit by a snowball, takes the trophy.

Currently, there are various annual tournaments conducted all over the world, namely in Sobetsu, Hokkaido in Japan, Kemijarvi in Finland, Vardo in Norway as well as in Sweden, Alaska, Alberta and Canada. Don’t worry, the snowballs won’t hunt you down because you are supposed to wear proper equipment to play, i.e. helmet, gloves and so on.

One of the major ice sports of the upcoming PyeongChang 2018 Olympic Winter Games, Curling involves eight players in total, divided into teams of 4 each. Each team takes turns in sliding heavy, polished granite stones across an ice curling sheet – towards a targeted area which consists of four concentric circles. Each team gets to have eight stones, and the team which scores the highest points in total takes the game. Stones resting closer to the center of the house get the highest score, and the ones farthest away to the center get the lowest. Each game technically involves about eight to ten ends. The score is calculated at the conclusion of each end.

To find out more about the kind of curling shots one can use, visit  and get a visual walkthrough here:

This is one of the funniest games that one can even imagine about. Consisting of using a flat bottomed pan which is traditionally used by Asians for cooking purposes all around the world, Wok Racing was initiated in the year 2003 after it was aired by a German TV host as a mere joke. Today, this game has turned into a serious sport where racers go up to 120 kph at times.

This sport can be played individually as well as in groups – in this case, four woks are attached together by using a wooden frame. What happens next is that the racers sit inside the flat pan, i.e. a wok, and rush down an icy bobsled run. The person who reaches the bottom first wins the game. Sounds interesting, doesn’t it? Don’t worry, you will wear proper stuffed attire for the sport so you won’t get injured.

If you’re planning a family vacation, then this winter game is one of the best options for you since it’s not only easy to play but is also a perfect mixture of fun and exciting family activity. This sport is mostly played in Germany where annual championships are also conducted.

Sailing across frozen patches of water is what defines this sport. Commonly also known as Ice Yachting and Ice Boating, Ice Sailing can be done on solid frozen lakes or ponds where sailors build their own boats or even buy professional ones. The boat used is a special one, which is mounted on three stainless steel runner blades. The ice vessel has the ability to splash through the frozen lake at the maximum speed of up to 170 km/h, depending the surrounding conditions such as wind and ice, and the types of boats.

There isn’t any specific venue for this game now. However, the New England Yacht Association assists approximately 180 to 200 members to play this game annually at safe locations. Austria, Germany, Poland, Norway, Great Britain, Sweden, Canada and Unites States are just some of the countries where you can play this sport to satisfy your icy cravings. As fun as it sounds, Ice Sailing is also a very dangerous sport if not played with safety measures.

Listed above are just some of the fun-filled but unusual winter sports that you can try in the coming winter to make your vacation exciting. Who knows, one of these sports could become your passion in the long run.

Hellokpop is a supporter of 2018 PyeongChang Winter Olympics.