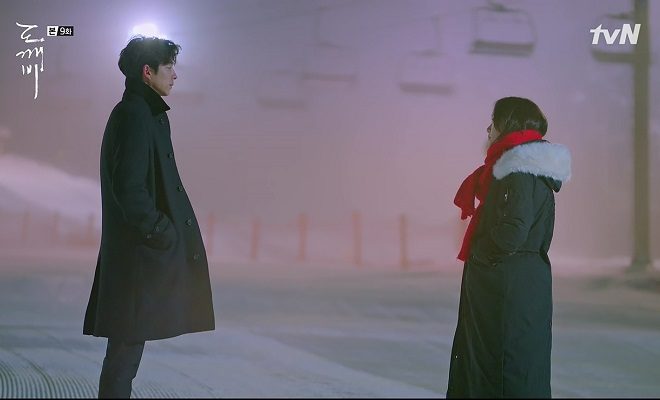 Best Ski Resorts To Visit In Gangwon Province This Winter

Fancy skiing this winter in Korea? This is for you.

Do you know that South Korea experiences a snowy winter for about 66 days from November to March every year? The snowiest province during the cold months is Gangwon as it is located at the most northern part of the country. In fact, this is the reason why the highly anticipated Winter Olympics will be taking place in PyeongChang in Gangwon this coming 2018. The games will run from February 9 to 25 with the Paralympics from March 8 to 18.

In Korea, the winter is not just cold but can be incomparably beautiful. Many people who visit the country in the cold months cannot have enough of the hot springs and spas with many other enjoyable winter activities that you can engage – one of which is skiing.

Skiing is a fun recreational sport, well-loved by Koreans and people who live in snowy countries. If you have not tried before especially if you live in the tropical regions, you should give it a try for this once-a-year activity!

In this list, we highlight some of the most popular resorts in Gangwon that you can take up skiing, be it if you are a beginner or a seasoned skier. 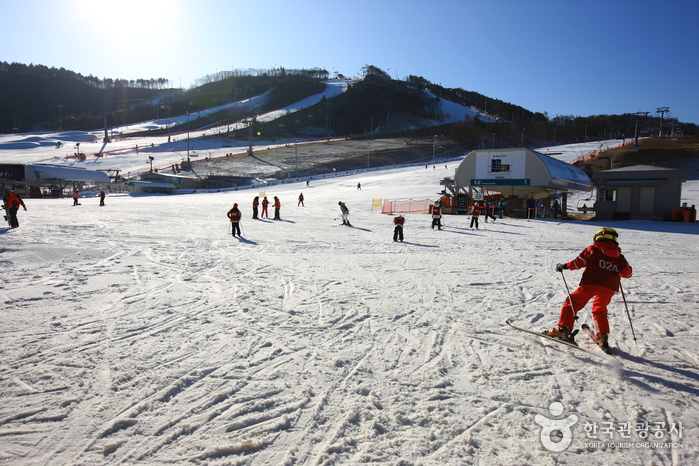 Alpensia Ski Resort is one of the well-known ski resorts in Gangwon and it will also be one of the main venues for PyeongChang 2018 Winter Olympic Games. It has six slopes which work very well for skiing beginners as well as intermediates. At this relatively quiet resort, you can practice and perfect your skills before taking on bigger challenges nearby. It was here that the idea of providing Korea with most of the facilities required to host Winter Olympics Games was first mooted in 2003.

Alpensia Ski Resort is also hosting the Olympic village as well as the stadium where the opening and closing ceremonies will be held. If you want to avoid the frenzied activities of PyeongChang Winter Olympic Games, it is best to visit before February. 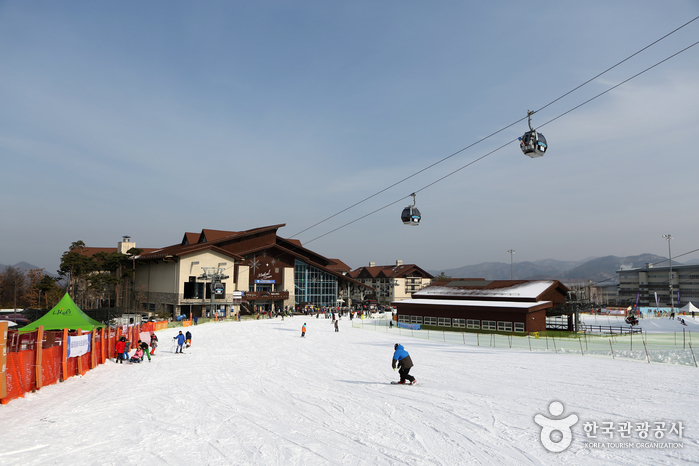 Located at Jeongseon, one of the three cities hosting PyeongChang 2018 Winter Olympic Games, it is at High1 Ski Resort that skiers get to enjoy more extended winters than anywhere else in Korea. The reason for this is its strategic location in the highlands. It also has some of the widest slopes in Korea thus providing skiers with lots of room to maneuver. 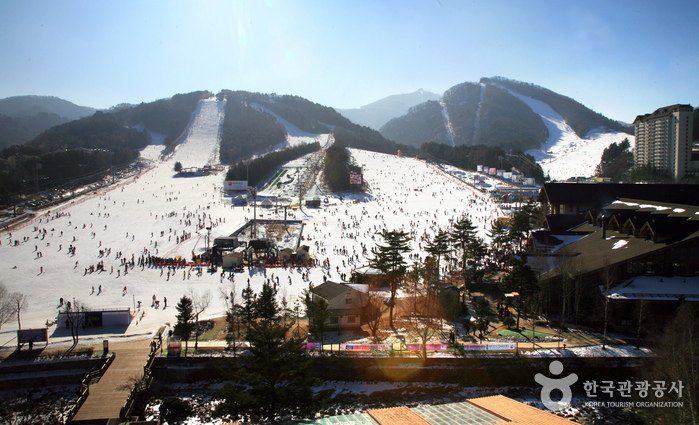 If you are more attracted to size than other considerations, Yongpyong Ski Resort is the place to be. It is the gigged snowboard and ski resort with the most snowfall in South Korea. It had over 28 slopes that offer a variety of activities to beginners, intermediate, advanced, and expert skiers.

Situated at the center of Korea’s Baekdudaegan Mountain Range, Yongpyong is only about three hours’ drive from Seoul. Here, there will be skiing as well as technical events such as slalom and giant slalom. The resort provides many facilities such as a 45-hole golf course, gondolas, swimming pool and more to provide all-season recreational options.

Yongpyong Ski Resort has also been receiving visitors who are K-drama fans as it was a filming location for hallyu breakthrough drama Winter Sonata (2002) and the most recent successful cable TV drama Goblin (2016). 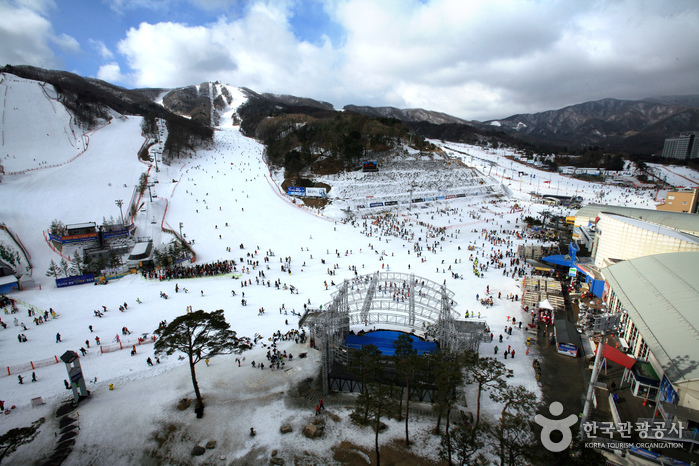 Phoenix Park Ski Resort is situated at the foot of Mt Taegi. With its natural geographical feature, the snow conditions are said to be better than anywhere else in Korea. In fact, it is billed as one of the best ski resorts in Korea. That doesn’t have to be reiterated as its features speak for themselves. The resort has 21 dynamic world-class ski courses, 6 sun-kid lifts, 8 ski Chairlifts, and a modern gondola made of Doppelmire.

Are you ready to prepare for a snowy adventure this winter?