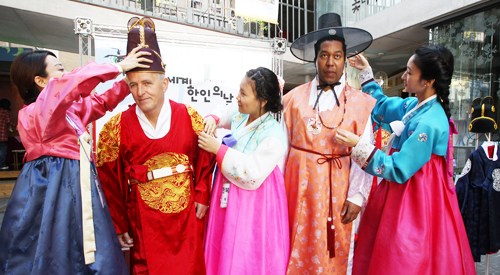 Foreign Workers Hit 1 Million In South Korea; Most Come From China And Vietnam

Would you want to be part of the one million foreign working population too?

According to official data released by Statistics Korea on Friday, active working foreigners has reached to the one million mark for the first time in South Korea. This figure represents about 3.6 percent of “economically active” population in the country, which refers to residents who are 16 and above seeking employment or employed.

The statistics reveal the foreign population breakdown into various industries, mostly of unskilled labour; 45.5 percent in mining or manufacturing, 19.7 percent in retail, wholesale or restaurant businesses and 19.4 percent who own their own businesses or work in public services.

Most of the foreign workers come from Asia. 45.9 percent are ethnic Koreans from China. 7.4 percent are Vietnamese, followed by 6.6 percent who are Chinese.