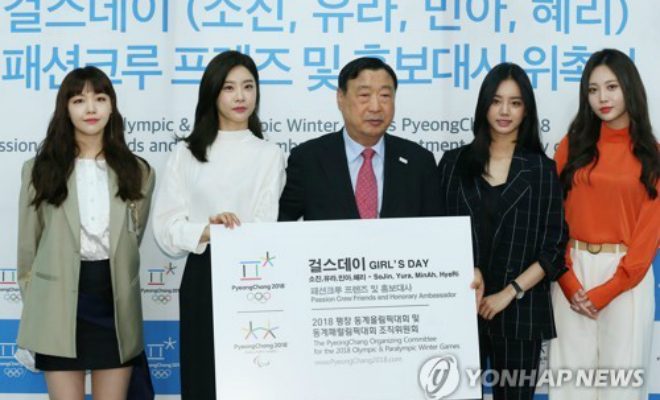 Sojin, Yura, Minah and Hyeri were appointed as “friends” for Pyeongchang’s Passion Crew, the Olympic organizing committee staff, volunteers and other operation personnels.

PyeongChang Olympic organizing committee head Lee Hee Beom expressed his hope that the appointment of the girl group, whom he called “world star”, will spark more interest in the event. 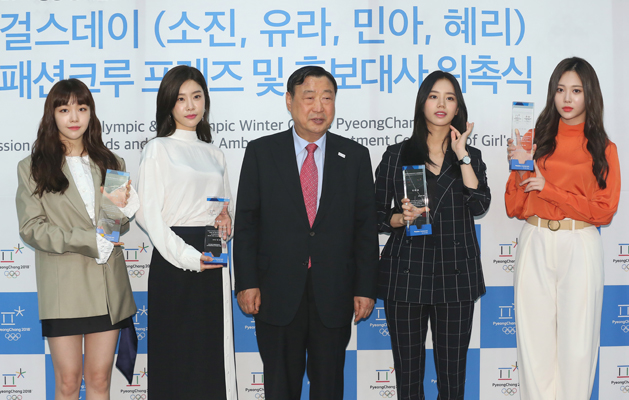 “It’s an honor to represent the PyeongChang Winter Olympics,” said Girl’s Day leader Sojin during the appointment ceremony in Seoul on July 13. She added that the quartet accepted the role as honorary ambassadors in order to promote the upcoming Winter Olympics, and give encouragement to the people working behind the scenes.

Aside from that, Hyeri added that she is looking forward to short tracker-turned-figure skater Park Seung Hi. She revealed that she is a friend with Park, who won two gold and one bronze medals in the 2014 Sochi Winter Olympics for short track before switching to figure skating later that year.

Girl’s Day is also the first K-Pop group to be appointed honorary ambassador for the 2018 Pyeongchang Winter Olympics. Prior to the quartet, BIGBANG’s Taeyang was named the goodwill spokesman for the Winter Olympics.

2018 Pyeongchang Winter Olympics will be held at PyeongChang, Gangneung and Jeongseon on February 9 to 25, 2018.