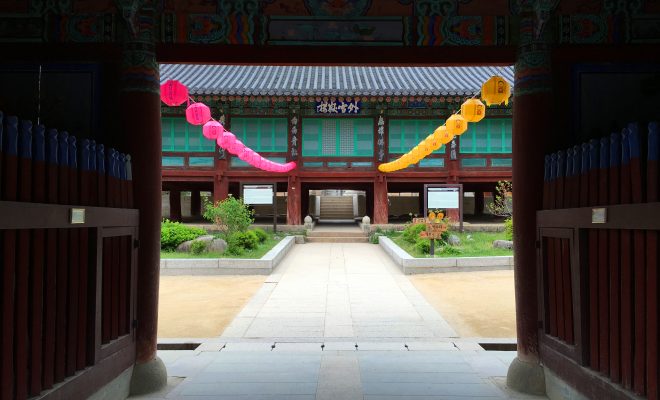 A Hiking And Mukbang Trip To Gangwon Province

By Rachel | May 27, 2016
FacebookTwitter
SubscribeGoogleWhatsappPinterestDiggRedditStumbleuponVkWeiboPocketTumblrMailMeneameOdnoklassniki

Not familiar with Gangwon province? Let our staff, Rachel Lee, take you a tour to the Seoraksan National Park and its surroundings!

Seoraksan National Park is one of UNESCO’s World Heritage sites located on the northeastern side of Korea. It is a popular hiking course for many nature enthusiasts. There are several hiking tracks for people of various skill levels. Unfortunately our time at the Seorak Mountain was limited, so we decided to hike the courses for Gwongeumseon and Sinheungsa Temple. 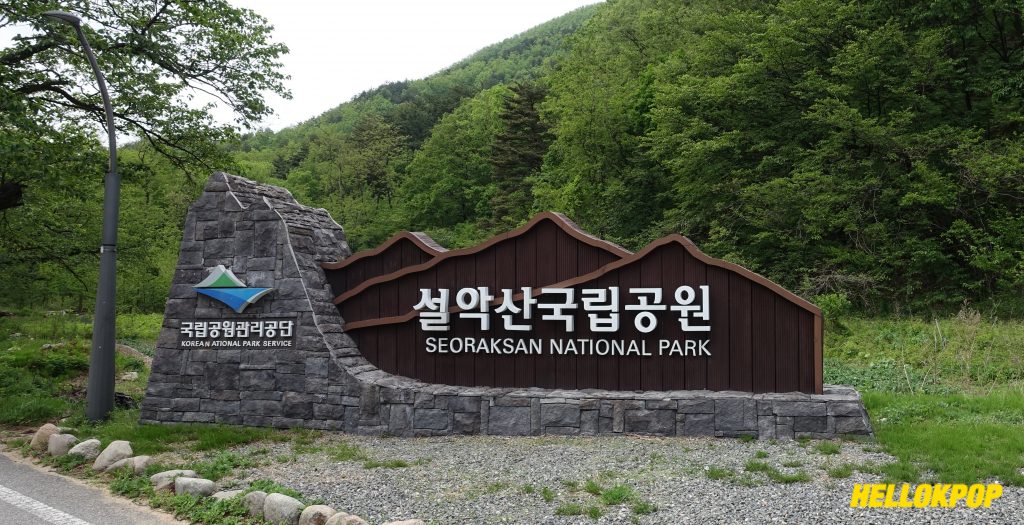 We also took the cable car to the top, with the round trip fare of 10,000won per person (6,000won for children from 37 months to 11 years old). The cable cars are ready to set off for the top of the mountain every 5 minutes. When we reached the end of the cable car ride, we hiked upward, toward the tip of the mountain, which took us about 10 to 15 minutes. As you walk up the path, you can enjoy the nature around you thoroughly. Although it was a cloudy day in general, the scenery of Korea was breathtaking. 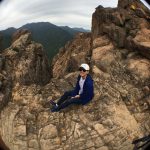 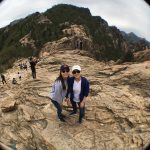 After taking a short break, we headed back down the cable car, and continued our walk toward Sinheungsa Temple. It was starting to sprinkle a bit, and so for the rest of the day we were able to enjoy the rest of the scenery without many tourists around! There is still a debate on, whether this temple was built either in 637 or 742 by Master Jajang-yulsa. It was destroyed many times by fire, and was rebuilt in its final and present location in 1648. Some believe this temple is the oldest Seon (Zen) temples in the world. 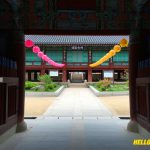 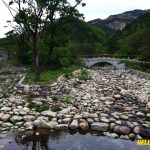 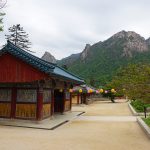 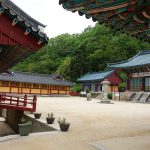 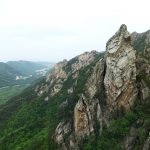 Due to the bad weather, we were unable to hike around the other parts of Seoraksan National Park. However we were able to fully enjoy mukbang on this trip, trying many of the famous dishes and snacks in the region.

Hwangtae-gui (spicy grilled pollack) is very famous in Inje, which is near the Seoraksan region. Hwangtae is pollack, which is dried mainly in the winter with freezing air. Gangwon area is known to be the coldest region in Korea and has heavy, regular snowfalls in the winter.

Soondae and squid soondae are famous in the Sokcho area. We ate our soondae near the Sokcho Fish Market. There were many things to try at the Fish Market; many snacks and well-known food. We had the seed hoddeok for dessert which cost only 1,000won!

If you move toward Gangreung which is a couple of hours below Sokcho region, you can visit the Chodang Soondubu Village, where they have several soondubu (soft tofu) restaurants all in one place. If you are a coffee lover, I recommend you stop by the Bohemian Roasters, a cafe and coffee factory right on the shoreline of DongHae (East Sea). This coffee shop is famous, because one of the earliest hand-drip coffee baristas founded this shop. You are able to try hand-drip coffees, which the baristas practice in their lab right next to the cafe. 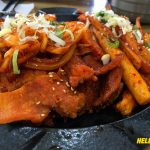 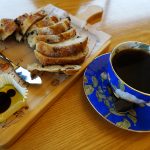 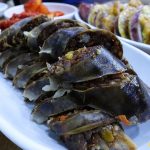 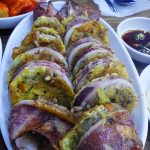 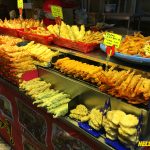 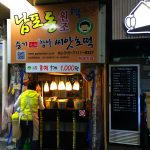 Hoddeok at the Sokcho Fish Market 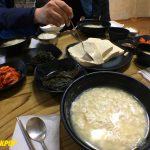 Actress Lee YoungAe and actor Song Seung-hun are working on a new SBS drama series, which is scheduled to air October of this year. The title Saimdang, the Herstory (사임당), is based of a woman named Shin Saimdang or Insun (her birth name). She was an artist, writer, and calligraphist. She is also well-known as the mother of the Korean Confucian scholar named Yulgok. She appears on the note of 50,000won . She was born and raised in Gangreung region. Her parents’ home is still located in the area called Ojukheon (오죽헌). You can visit the home of the character which Lee YoungAe will be acting, at 3,000won for adults and 1,000won for children. If interested, I recommend you visiting before the drama airs and fans start to crowd the home!

Here is a trailer to the upcoming drama: