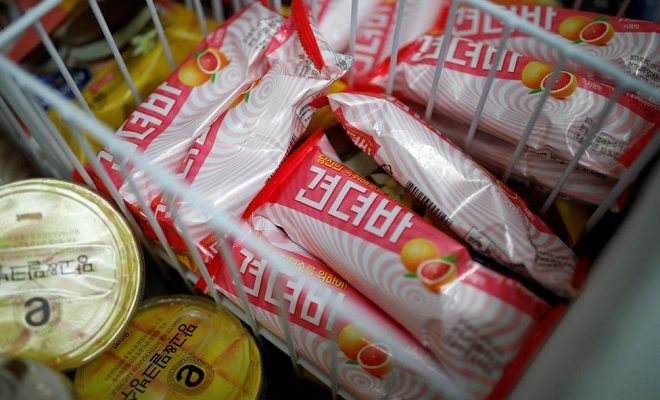 This Ice Cream Is The Latest Hangover Cure In South Korea

By Adrian | May 21, 2016
91
SHARES
FacebookTwitter
SubscribeGoogleWhatsappPinterestDiggRedditStumbleuponVkWeiboPocketTumblrMailMeneameOdnoklassniki

Hangover after a late night out? Now, you have a new ‘icy’ cure.

As an Asian country with the biggest number of alcohol consumers, a South Korean convenience store chain, Withme FS, has come up with a new type of ice cream to soothe hangover after a late night out.

Known as the first ice cream produced specifically to fight against the after-effects from drinking alcohol, the Gyeondyo bar (translate: hang in there), is a grapefruit-flavored ice cream that contains 0.7 percent of oriental raisin tree fruit juice. The ingredient was traditionally used as a hangover remedy in the 17th century. 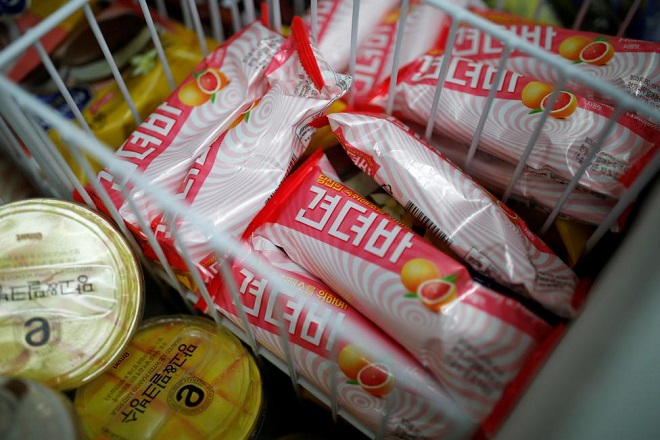 According to official statistics, drinking and hangover cures are big businesses in South Korea that generate an estimate of 150 billion won (US$126 million) yearly. Such cures include pills, beverages, and even cosmetics for women who have to maintain their skin. However, it excludes the popular ‘hangover soup’, which Korean drama fans see a lot in the dramas.

The most common hangover beverage is called Hut-gae Condition, produced by CJ Corp, and has been widely sold in Asia, including China, Japan, and Vietnam. K-pop fans may recall the drink, which was featured in the 2014 hit music video ‘Hangover’ by global K-pop singer Psy.

Can you spot the Hut-gae Condition in the video?

According to a report from World Health Organization, South Koreans consume alcohol the most in Asia Pacific, at about 12.3 litres per year. This leads to a high social cost of drinking, which was estimated at 9.45 trillion won in 2013, according to the National Health Insurance Policy Institute.

In a press release released by Withme FS, the name of the ice cream bar “expresses the hardships of employees who have to suffer a working day after heavy drinking, as well as to provide comfort to those who have to come to work early after frequent nights of drinking.”