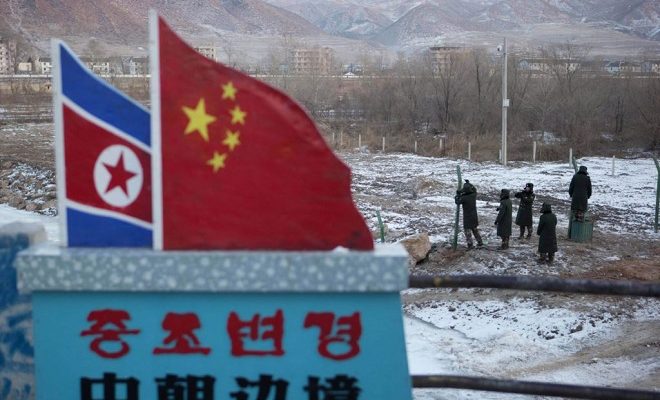 How To Keep Your Korean Friends Safe From North Korean abduction

By Adrian | May 21, 2016
45
SHARES
FacebookTwitter
SubscribeGoogleWhatsappPinterestDiggRedditStumbleuponVkWeiboPocketTumblrMailMeneameOdnoklassniki

Advise your Korean friends especially if they are going to China or Russia.

This week, with the ongoing threat of a mass North Korean abduction of South Koreans, the Ministry of Foreign Affairs (ROK) and its affiliated ministries had an emergency meeting with some 10 major travel agencies in Seoul. The ministries warned them to be careful when selling tours particularly near to the border of China and North Korea. Such tours are usually highly popular to South Koreans as they are related to Korean history.

Read: Some 300 North Korean agents may have been sent out to kidnap South Koreans

The South Korean government has also issued an advisory for South Koreans not to travel alone, not to go out at night, and be wary of strangers who approach them.

An Chan-il, head of the World Institute for North Korea Studies, said, “People should be extra careful when traveling to China and Russia because both face North Korea via land routes, which make it easier for North Korean agents to abduct targets and transport them to North Korea.”

Park Sang-hak, a defector-turned-activist, suggested the North Korean agents would prefer to kidnap South Koreans, particularly journalists and missionaries, from China and Russia, since they have to use passports if they travel back to North Korea by airplanes and ships. He further cautioned South Koreans should avoid all North Korean embassies and consulates wherever they are.

Another defector, Kang Cheol-hwan, who works in the North Korea Strategy Center in Seoul, strongly advised citizens from staying at hotels where North Koreans usually stay, particularly Ryugyong Hotel in Yanji, and Chilbosan Hotel in Shenyang, which are known to be invested by North Korea.

Another defector warned against eating at the Chinese restaurants that are managed by North Korea. The defector reminded, “Never forget that security agents are behind the pretty waitresses.” In addition, there is always a possibility that North Korea bribes the restaurant employees to lace food and drinks with anesthetics in the attempt to kidnap South Koreans.