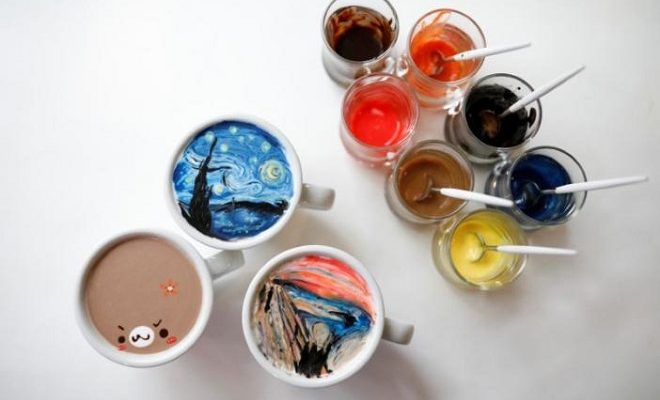 The only time when coffee can be colorfully beautiful. 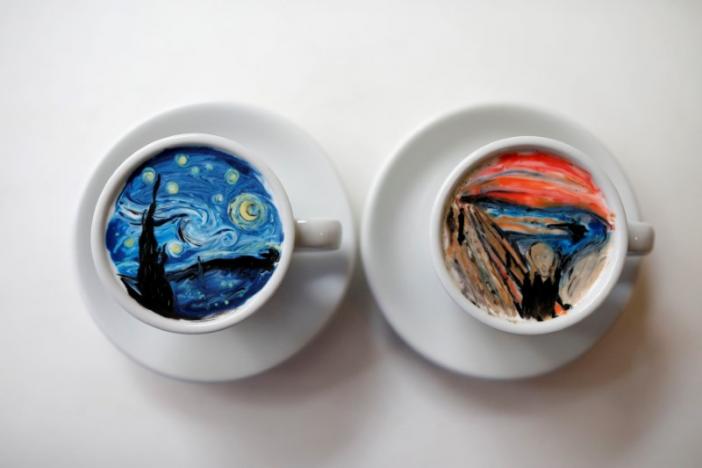 Many people know that coffee is a popular staple drink in South Korea. But little do people know the existence of Korean coffee art. 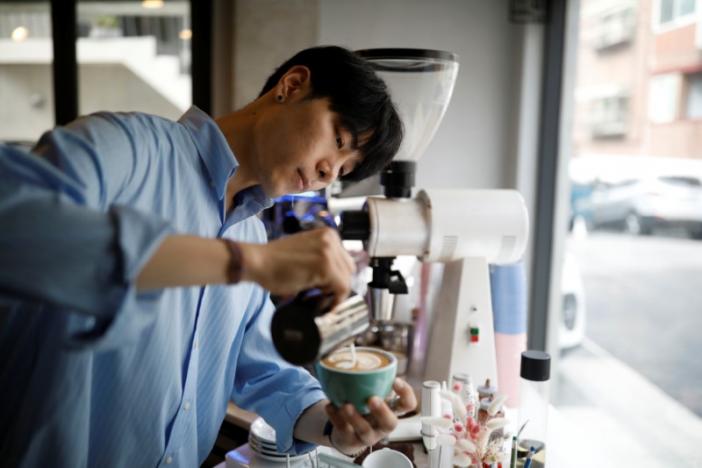 With little brushes and spoons, Lee, 26, recreates miniature imitations of famous paintings and cartoon characters on foamy coffee at his cafe in Seoul, using thick cream with food coloring.

Each of these artistic recreations usually takes Lee a good 15 minutes to complete, but sold at a slightly pricey but well-deserved tag of 10,000 won ($8.71) for a cup of cold coffee.

Lee recalled, “One time I drew ‘The Starry Night’ and it looked so special as the famous painting placed on top of coffee. After that, lots of people ordered that coffee.” His customers also often requested him to draw their favorite art pieces. He usually draws from images displayed from his mobile phone. 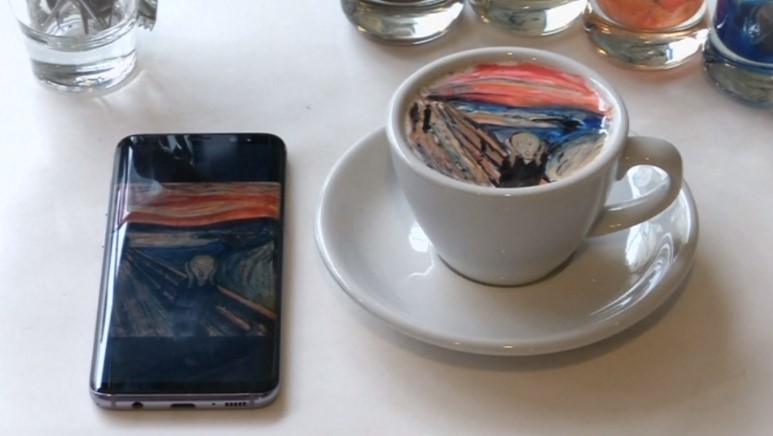 Given Lee’s talents in imitating the artworks on coffee, he must be an artist himself. However, he confessed that he has never taken a drawing lesson. Instead, his core skill was brewing coffee. At 17, he started brewing coffee. It was during his military service that he made his first breakthrough, when he bought a coffee machine and opened his first cafe for fellow camp mates near the border with North Korea.

Lee’s cafe draws customers from all walks of life. One of his customers, student Kim Su-Kyung said, “I heard (on TV) that this barista draws these kinds of famous paintings. I think he has very talented hands.” 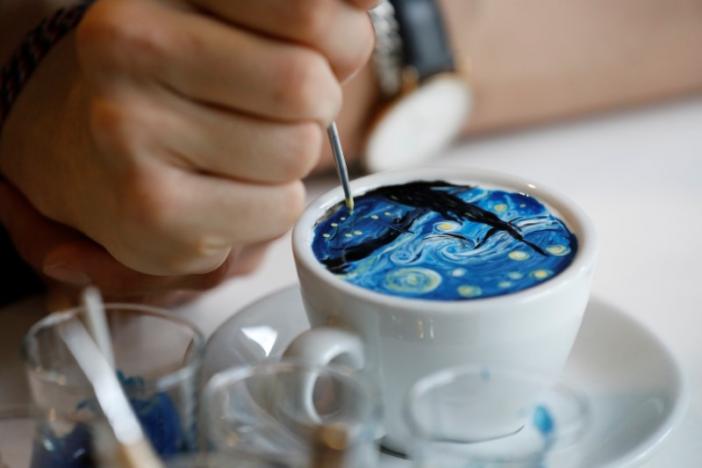