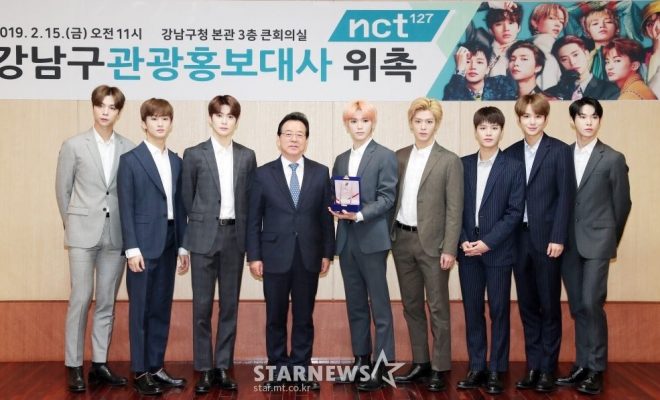 “Simon says” we have new Gangnam tourism ambassadors – and they’re none other than NCT 127!

NCT 127 has been officially appointed as the proud tourism ambassadors for Gangnam District! 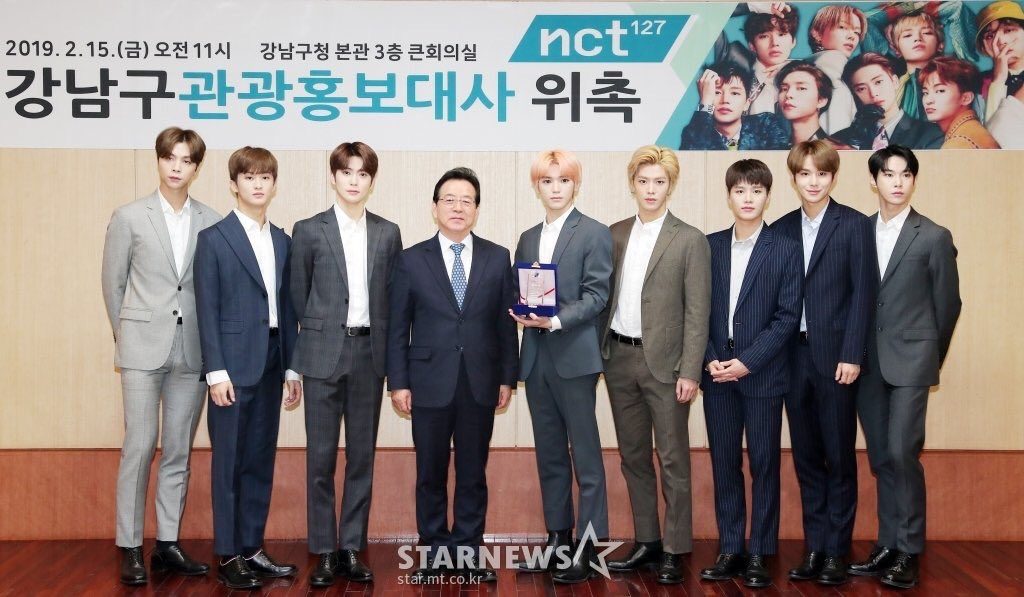 The NCT sub-unit has been chosen as the official tourism ambassadors for one of Seoul’s most prosperous business and entertainment hubs – the district of Gangnam!

Besides their booming global fanbase, the group was deemed as the most ideal group to promote the district, thanks to their numerous multinational members. 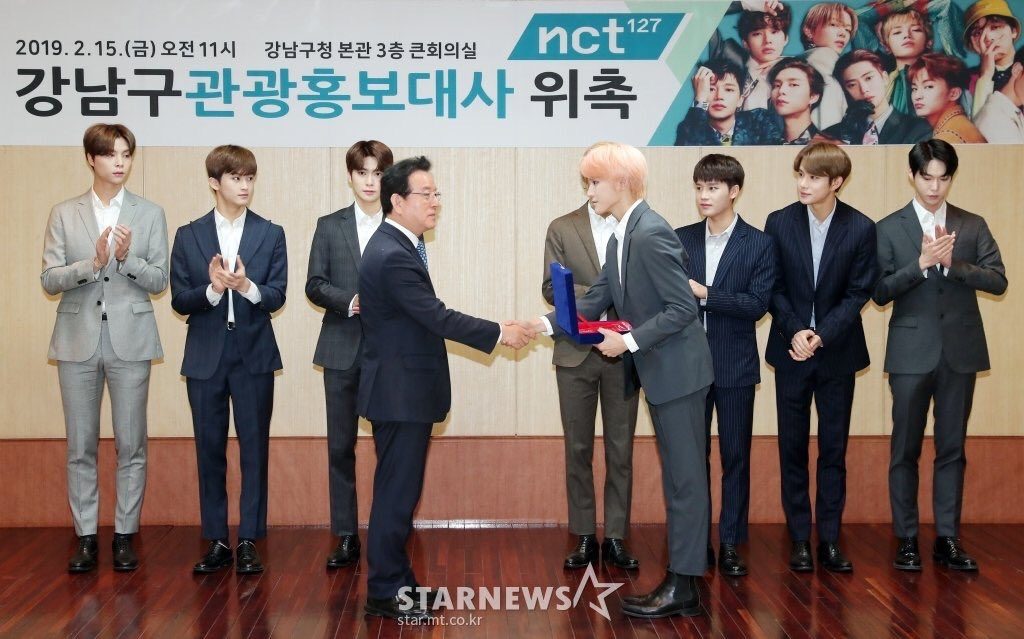 The group’s appointment is in line with Gangnam District’s efforts to fulfill its goal of attracting ten million foreign travelers in 2019.

After the ceremony, NCT 127’s Yuta expressed his joy over the new assignment through the group’s official Twitter account.

“We were also chosen as ambassadors for Gangnam’s tourism, so please give lots of love to Gangnam together with NCT 127,” he wrote in the caption.

Prior to their appointment as Gangnam’s official tourism ambassadors, the group had partnered with the Ministry of Culture, Sports, and Tourism to promote Korean culture in some episodes of their variety show NCT Life.

Are you proud of NCT 127’s new appointment as the official tourism ambassadors for Gangnam district? Let us know by leaving a comment below, giving us a holler on Facebook, or tweeting us at @hellokpop!