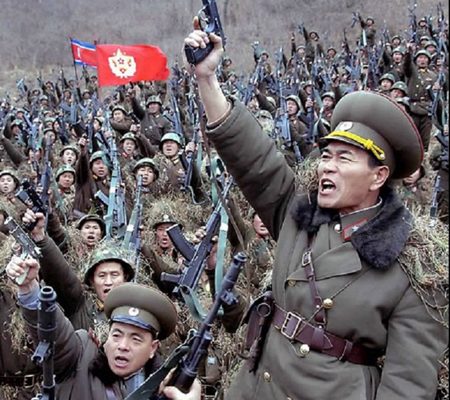 According to diplomatic sources, North Korean soldiers were reportedly involved in an aggressive gunfight with the Chinese authorities after committing robberies in Jilin Province.

The five armed soldiers, who deserted their military posts, came to China through Hyesan city in North Korea on July 23. They committed robbery in Changbai Korean Autonomous Prefecture in Jilin Province, and continued on their robbery spree.

In response to the armed and dangerous criminals, the Chinese army and police cooperated to set up a special task force to nab them. The operation resulted a major gunfight in a town on Thursday.

The Chinese authorities managed to arrest two of the North Korean deserters. However, many Chinese were injured during the shootout, with two police officers in critical condition.

A manhunt is currently launched to nab the three remaining North Korean soldiers. At the same time, the local authorities have also implemented a curfew to the local residents until the fugitives were arrested.