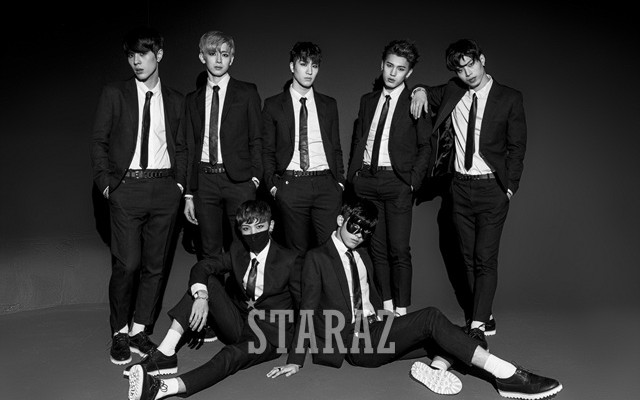 After a long break of 1 year and 6 months, 24K has returned with a new MV of its new single Hey You!

Hey You has a very groovy tune that will surely have you dancing. The lyrics were written by the members themselves, the title song was composed by Cory, and the dance moves were choreographed by the ever flexible 24K member Daeil.

The surprise of the comeback video doesn’t stop there, because there seems to be two new members that joined 24K. After Byungho left the group, the boys promoted as a 5-member group. But according to the video, there are 7 of them. Who are these two new faces? We will find out soon!

Who are the new members of 24K? GIF: Tumblr

Check out the complete music video below:

What do you think of Hey You?

Hellokpop, as an independent Korean entertainment news website (without influence from any agency or corporation), we need your support! If you have enjoyed our work, consider to support us with a one-time or recurring donation from as low as US$5 to keep our site going! Donate securely below via Stripe, Paypal, Apple Pay or Google Wallet.
60
SHARES
FacebookTwitter
SubscribeGoogleWhatsappPinterestDiggRedditStumbleuponVkWeiboPocketTumblrMailMeneameOdnoklassniki
Related Items24KByunghocomebackCoryDaeilHey Youmusic videomv
← Previous Story Heechul & Jungmo: SM Entertainment’s Project Duo M&D
Next Story → Superstar K6 Runner-up Kim Feel Releases MV Teaser For “Marry Me”