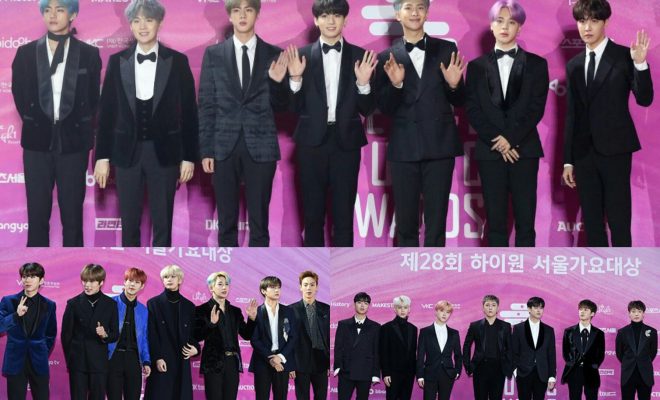 Who brought home the glory during the recently-held 28th Seoul Music Awards?

The 28th Seoul Music Awards, hosted by Shin Dong Yup, Kim So Hyun, and Kim Heechul, brought together your favourite K-Pop personalities on January 15 to celebrate some of the past year’s top artists and releases! 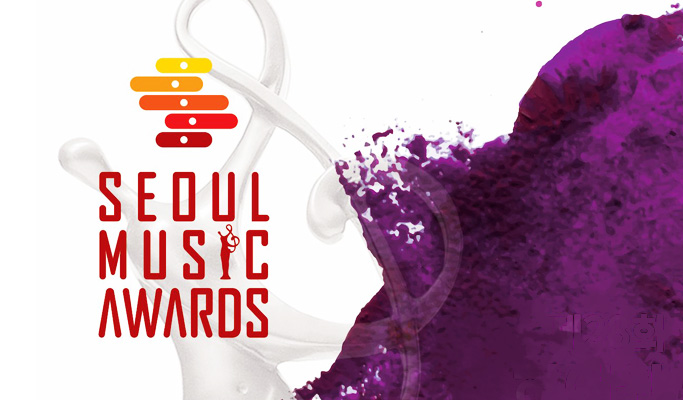 BTS brought home the evening’s shining and shimmering Daesang, plus the Best Album award for Love Yourself: Tear. They were also one of the recipients of the show’s Bonsang awards, along with eleven of their fellow K-Pop groups who made 2018 extra remarkable. 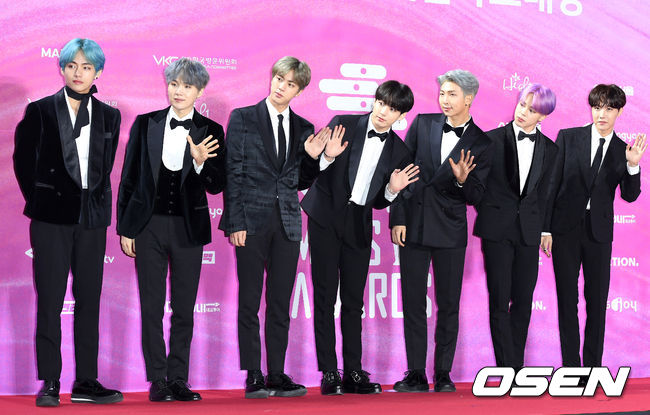 Fellow Bonsang awardee iKON received the other major award of the night, which is the Best Song title for their hit “Love Scenario”. Another boy group who earned recognition as Hallyu stars of the night was EXO. They lived up to their brand by receiving the Hallyu Star Award in addition to their own Bonsang.

Wanna One also took home two awards for the night. One was the Fandom School Award and the other being a Bonsang as well. Other artists who took home Bonsangs from the 28th Seoul Music Awards were MONSTA X, MOMOLAND, NCT 127, NU’EST W, Red Velvet, MAMAMOO, SEVENTEEN, and TWICE. 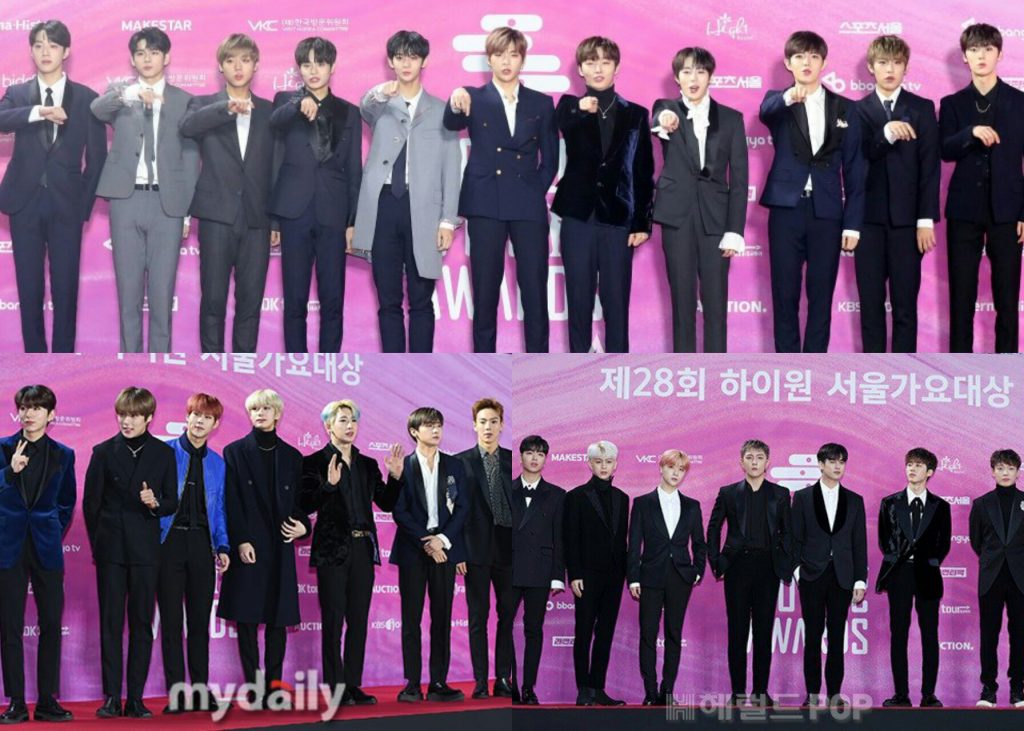 Photos from mydaily and Kpop Herald

The other stars of the night

Another notable recognition presented during the ceremony was the Rookie of the Year award, which was received by IZ*ONE and Stray Kids. SHINee also received the Popularity Award, while GFRIEND earned the Dance Performance Award in recognition of their dancing skills.

Yang Da Il was also named the Discovery of the Year, while ADOY got the Judges’ Special Award. Crying Nut also took home the Band Award, while Drunken Tiger who won the Hip Hop R&B Award and Im Chang Jung who won the Ballad Award were recognized for their prowess in their respective categories.

Did your favourite K-Pop artists or groups take home a trophy from the 28th Seoul Music Awards? Let us know by leaving a comment below, giving us a holler on Facebook, or tweeting us at @hellokpop!