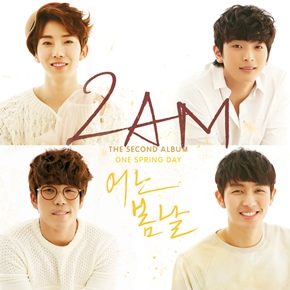 2AM releases second album and MV for “One Spring Day”

Ballad pop group 2AM finally made its comeback on 5 March.

On this day, 2AM released its second album “One Spring Day”. The album will consist of eight songs including instrumental version of the title track.

To the delight of loyal fans, the music video for the title track One Spring Day was also uploaded onto the official YouTube channel of 2AM’s agency, BigHit Entertainment. The music video illustrates the concept of a welcoming bright spring day that matches to the title of the song.