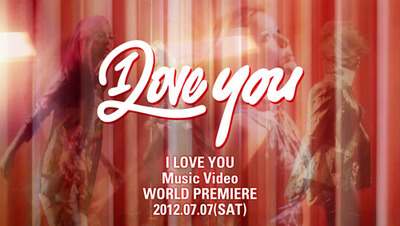 2NE1‘s newly released song, I Love You, has been receiving great responses with its trot melody and electro-pop sound. Since its release, fans have then been anticipating what the music video and performances will look like especially that they have been teasing about a seducing concept this time.

At about 2PM KST today, YG Entertainment released the music video, highlighting the girls’ emotions as well as  different fashionable clothes throughout its duration. At the latter part of the music video, we can also get a glimpse on the choreography for the said song. The girl group is set to make a comeback on July 8, 2012 at SBS Inkigayo.

Are you looking forward to their performance?