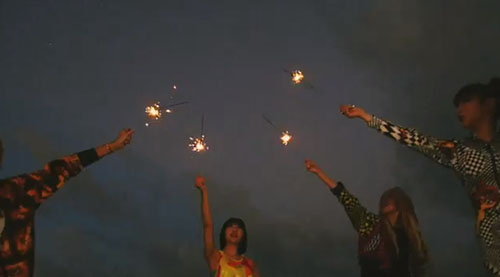 2NE1 has released a music video for its latest single titled Do You Love Me.

The video reveals that the group has stepped down from its unapproachable and charismatic image to a new fresh and friendly image. The members of 2NE1 are seen playing with sparklers, throwing a pool party, dancing, and having a pillow fight.

Although 2NE1 is known for its dynamic themes, the group is beginning to work with different concepts as “many girl groups are now going after the idea of ‘strong female’, which could work as a disadvantage to 2NE1”.

Check out the music video for Do You Love Me below: