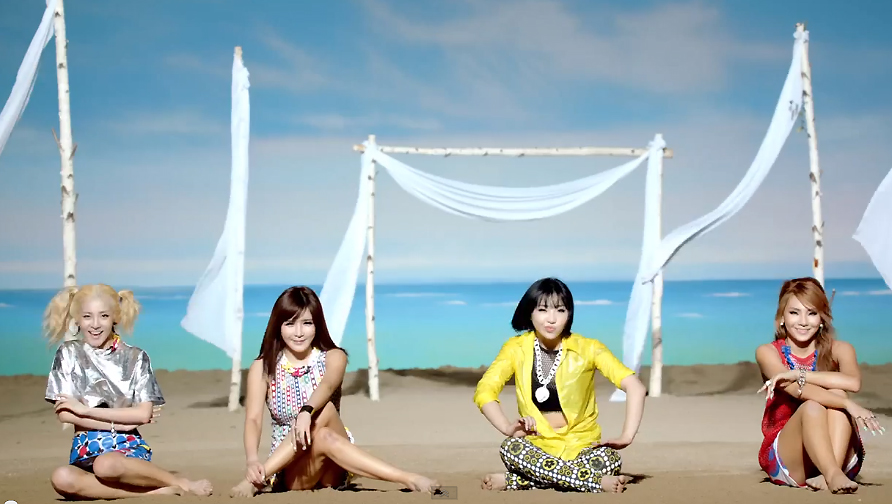 After leader CL’s solo ventures with The Baddest Female, the girls of  2NE1 are returning to the music scene fiercer than ever with the music video release of their newest and highly anticipated single, Falling In Love!

Befitting the season of summer, the video showcases the girls in various locations that matches the tropical theme that was prevalent in their previously released teaser pictures, including a luxurious, Egyptian- themed setting that highlights the girls’ charms in a glamorous blend of gold and white. Despite showing a more feminine side as compared to their previous releases, 2NE1’s unique fierceness still shines through.  Both the song and MV received an overwhelming positive response from fans in general.

2NE1 was scheduled to have its first comeback performance with Falling In Love on the July 7th episode of Inkigayo. Unfortunately, in light of the Asiana Airlines crash, Inkigayo was replaced with a special report on the plane crash that occurred on June 6th. The girls will be promoting Falling In Love on other music shows such as Music Core and M Countdown from this week onward.

Are our readers Falling In Love with 2NE1’s new single yet? What are your thoughts on the music video?