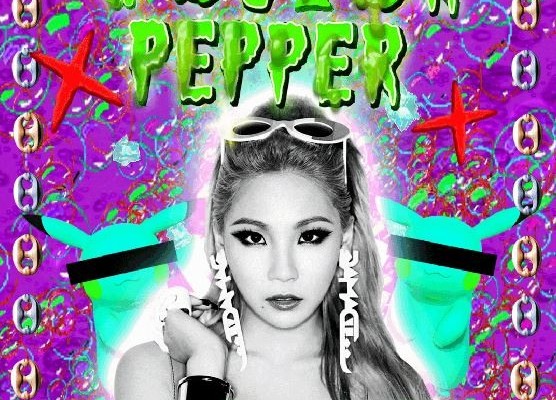 By Community | May 21, 2015
21
SHARES
FacebookTwitter
SubscribeGoogleWhatsappPinterestDiggRedditStumbleuponVkWeiboPocketTumblrMailMeneameOdnoklassniki

Been missing 2NE1‘s CL and her fierceness? You don’t have to miss her any more, because the ‘baddest female’ is about to give fans a taste of her coming collaborative track with Diplo.

On May 21,  the artist tweeted “DOCTOR PEPPER dropping Friday for all you GZBz” on her Twitter account, alongside a colorful funky retro-style image teaser, which featured purple, green, a horror font and cute Pikachus. 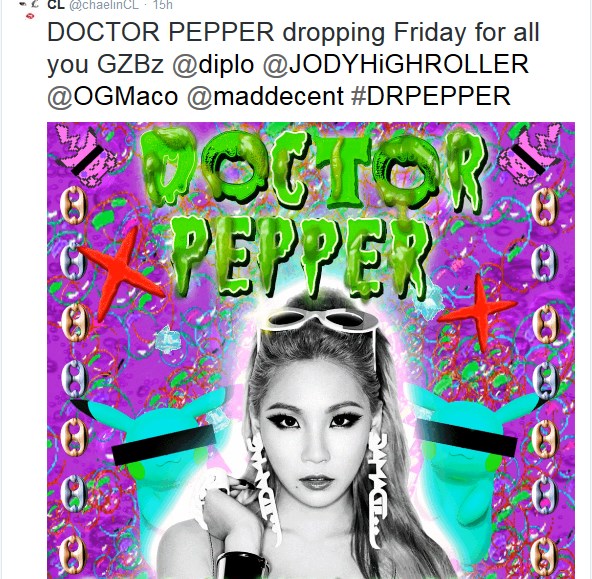 The hip-hop song Dr. Pepper, featuring the American DJ Diplo, rappers Riff Raff and OG Maco, will be released this Friday, on May 22.

In related news, in preparation for her solo debut in America, 2NE1’s leader has been working hard for the past months under Scooter Braun, the talent manager of various international top stars, including Justin Bieber and Psy.