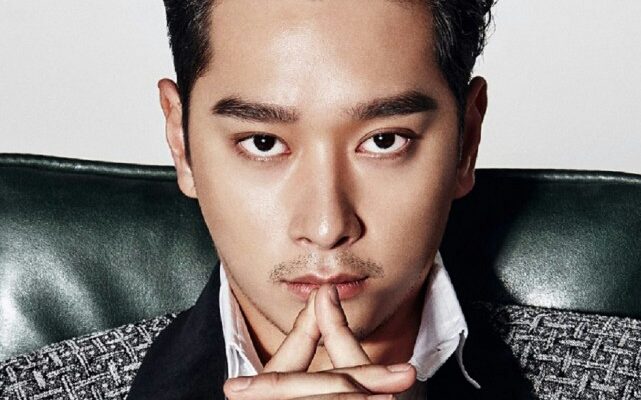 2PM’s Chansung Is Finally Back From His Military Service

Most of the male Korean celebrities who enlisted last 2019 are already returning from their mandatory military service. The idols as well as fans are excited about their returns, and this includes 2PM member and actor Hwang Chansung, who finally completed his military service on January 5. 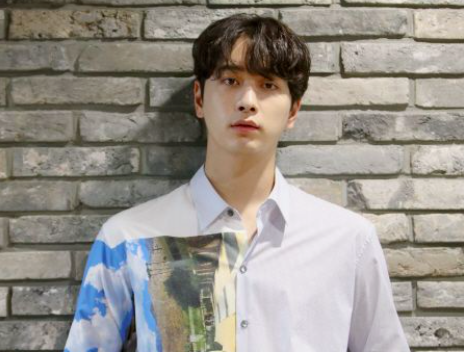 The idol entered the military on June 11, 2019 through the 5th Infantry Division Recruitment Training Center located in Yeoncheon, Gyeonggi Province.

Chansung is the maknae (youngest) of the K-Pop boy group 2PM. He was also the last to enlist among the members.

Originally, the 30-year-old singer took his last vacation on December 13, 2020. In accordance with the military protocol to prevent the spread of COVID-19, Chansung did not need to return to the unit after he applied the leave.

He has served as an assistant at the Army 5th Division Recruitment Training Center.

On the same day of his military discharge, Chansung made a live video to greet his fans whom he had missed the most while he was away.

In celebration of his return, Chansung rewarded himself by enjoying (and tasting) a variety of different foods during the VLIVE. There was also a golden balloon that spelt “WELCOME” along with a small board of short messages sent by his fans. 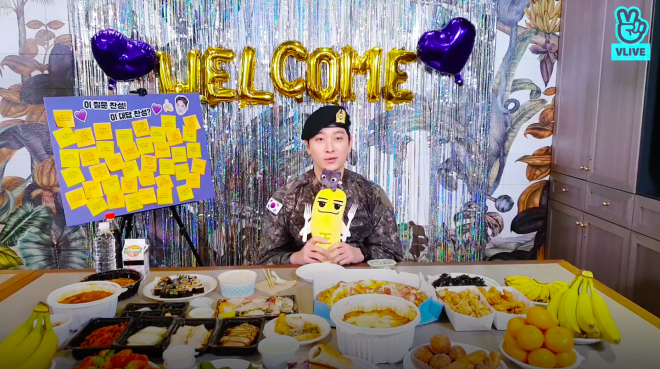 As the video started, he warmly greeted the viewers. Afterwards, Chansung began to eat, enjoying all the foods served on the table. 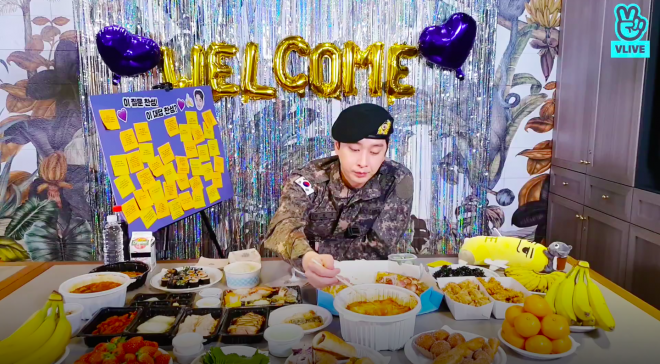 In the middle of his VLIVE, he was surprised by an impromptu visit from his co-members, namely Taecyeon, Jun. K, and Wooyoung.

Due to a busy schedule, Nichkhun could not join the surprise party, but the members hilariously brought his human sized portrait to the gathering, in order for them to be together in one picture.

Chansung could not stop laughing after seeing Nichkhun’s portrait surrounded by a pink ribbon. 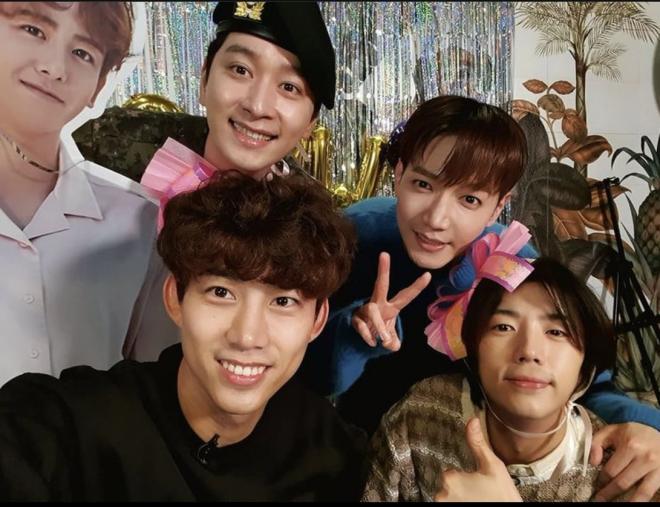 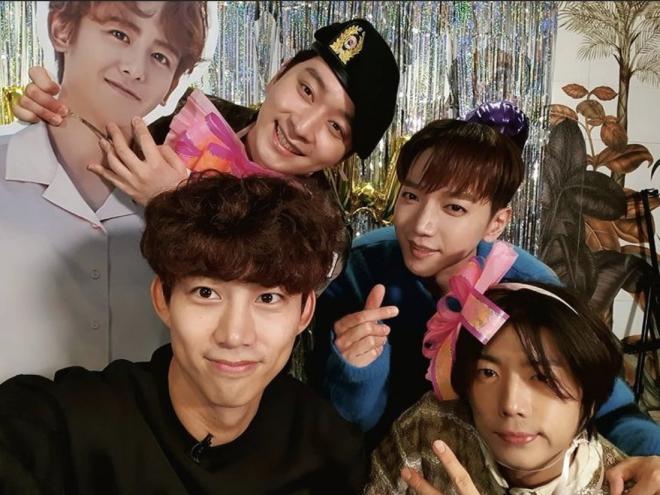 The members expressed happiness being able to be with each other during the reunion. After a long hiatus, will they be ready for a group comeback? Only time tells, but perhaps their fans can no longer wait any further.

FacebookTwitter
SubscribeGoogleWhatsappPinterestDiggRedditStumbleuponVkWeiboPocketTumblrMailMeneameOdnoklassniki
Related Items2pm2PM Chansung
← Previous Story Brand vs Band: What Is BTS Doing Right When It Comes To Marketing Their albums?
Next Story → Cherry Bullet Goes All Out For A “Cherry Rush” With First Mini Album