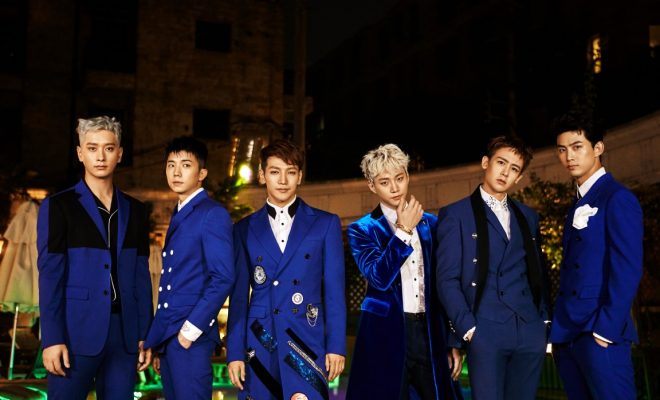 Lately, military enlistment seems to be the ‘hottest’ topic.

Plan for military enlistment is up in the horizon as 2PM members candidly shared their thoughts about it on a recent guesting on KBS2’s music program, Yoo Hee-yeol’s Sketchbook.

Although no final date has been set for the mandatory national service, two members Jun.K and Taecyeon hope to enlist as early as 2017, and to go on a vacation together before that. Nichkhun will be exempted from the obligation though, as he is of Thai descent.

The group is currently hard at work in promoting its sixth studio album, Gentlemen’s Game, with the title single Promise (I’ll be).

Watch and listen to 2PM’s Promise (I’ll be).