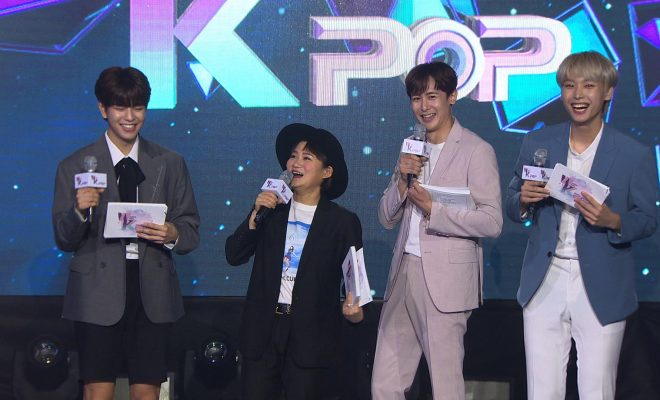 2PM’s Nichkhun, SF9’s Inseong, Stray Kids’ Seungmin, and Kim Shin Young will be taking the helm for We K-Pop!

The excitement is up as KBS introduces its upcoming K-Pop program, which will be hosted by some of everyone’s favorite K-Pop stars. 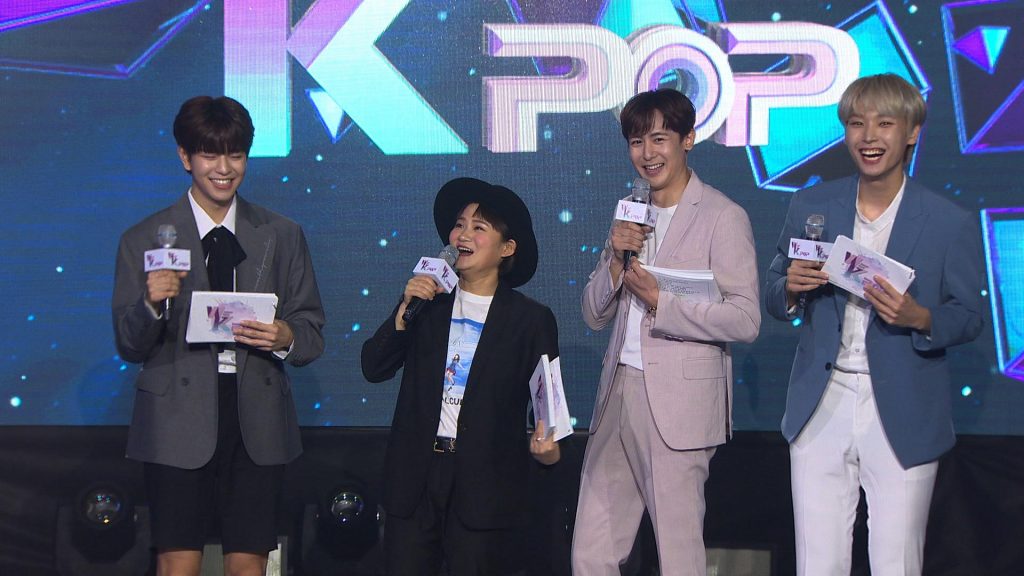 KBS World will be launching its newest K-Pop program geared towards global fans on July 12. Titled We K-Pop, the program will take on the form of a variety show which gives K-Pop stars another avenue to perform, talk, and greet their fans.

This newest program, set to be an international hit, will be hosted by K-Pop stars themselves – 2PM’s Nichkhun, SF9‘s Inseong, and Stray Kids‘ Seungmin. Alongside them is veteran MC and Celeb Five member Kim Shin Young, who will add more variety-show fun to the We K-Pop.

KBS World NEW PROGRAM, 'We K-POP'!!
It's a variety show where K-Pop stars perform, talk and greet their fans. The MCs are #KimShinyoung, #Nichkhun, #Inseong and #Seungmin. Billboard Columnist #JeffBenjamin will also be on the show! Ep.1 is on #StrayKids, and next will be #SF9! pic.twitter.com/u1qIwlt2Va

For its first episode, 2018’s monster rookies Stray Kids will be taking the stage and participating in the program’s launch. Adding to the theme of bringing pride for the MCs, they will be followed by SF9 on the show’s second episode.

A teaser video has been shared by KBS World on July 9 to give fans a sneak peek of what to expect from the show.

Introducing the #teaser for <We K-POP>!!!
KBS World is starting a new programme, 'We K-POP', for our global fans!!
The MCs are #KimShinyoung, #Nichkhun of #2PM, #Inseong of #SF9 and #Seungmin of #StrayKids.
PREMIERE on July 12th, Come and enjoy our new shows! pic.twitter.com/wSAVCQP2MS

In the short clip, the four hosts cutely gear up for the new variety show’s upcoming broadcast premiere, making fans extremely excited to see what charms they will bring as the show’s MCs.

Moreover, KBS had earlier invited fans to send over questions on social media in preparation for the show’s first episodes with Stray Kids and SF9.

#KBSworld NEW PROGRAM! <WE K-POP>
Global #Fanmeeting INVITATION with #StrayKids and #SF9 has arrived!!
Check out the Details and go the link below to win the tickets!!
▶STRAYKIDS https://t.co/NJ8c24unpB
▶SF9https://t.co/Q25CK7aQmX pic.twitter.com/jE6EytjAp6