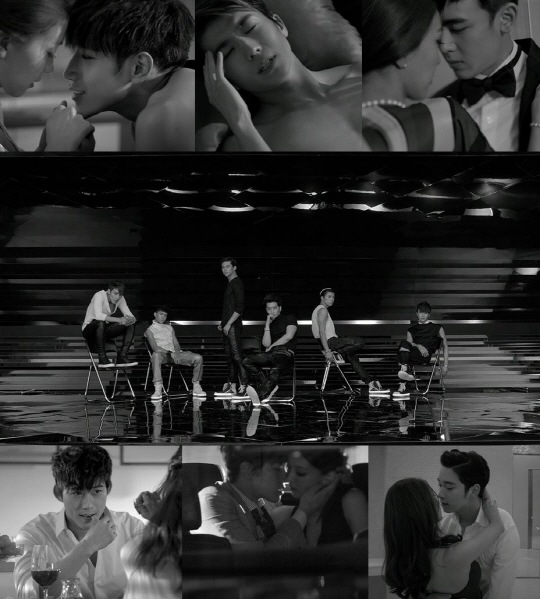 After releasing Comeback When You Hear This Song MV for its new album GROWN, 2PM released the second MV for its second title track, Ha.Ni.Bun (A.D.T.O.Y) or All Day I Think of You on May 11 through JYP Entertainment‘s official YouTube channel.

In the video, the six grown up men appear in a monochrome video. They show off how well they treat their women like real men. Not only showing their charms, the members of 2PM also show their dancing skills on chairs, leaving Hottest in excitement.

Hellokpop, as an independent Korean entertainment news website (without influence from any agency or corporation), we need your support! If you have enjoyed our work, consider to support us with a one-time or recurring donation from as low as US$5 to keep our site going! Donate securely below via Stripe, Paypal, Apple Pay or Google Wallet.
33
SHARES
FacebookTwitter
SubscribeGoogleWhatsappPinterestDiggRedditStumbleuponVkWeiboPocketTumblrMailMeneameOdnoklassniki
Related Items2pmA.D.T.O.YalbumAll Day I Think Of YouGrownHa.Ni.Bunjyp entertainmentmusic videoYoutube
← Previous Story Super Junior’s EunHae to hold album launch event in Japan
Next Story → DJ Yup, Korea’s #1 DJ, says, ‘My shows are like my life, LIVE!’ and reveals the ‘real’ Brian Joo