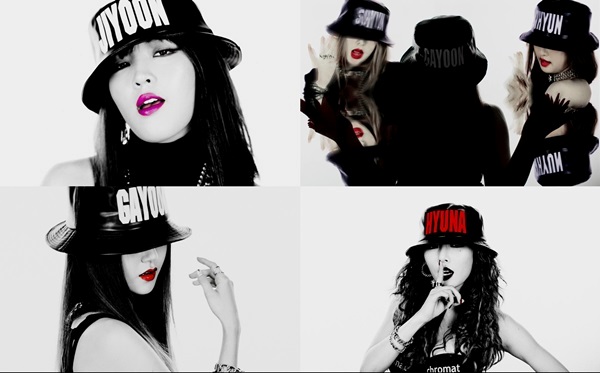 4Minute Releases New Video Teaser for Another Track “Cut It Out”

4Minute has released another video teaser for its track Cut It Out off the group’s coming mini album, Crazy.

The 17-second teaser was uploaded onto 4Minute’s official YouTube channel on February 6, showing the members’ confidence, as well as their charisma. Their bold lip colors alongside names on bucket hats stand out as the teaser was made in black-and-white. The girls are seen dressing in stylish outfits, dancing passionately to the catchy hip-hop music, while repeating the line “Cut it out.”

Cut It Out delivers a message of why people should create their own paths and follow it, instead of letting others’ opinions interfering their lives.

So far, 4Minute has released four video teasers for its coming mini album, namely Show Me, Eye-Catching, Tickle Tickle Tickle and now Cut It Out, increasing the anticipation of the girl group’s comeback.

Stay tuned for 4Minute’s comeback mini album which will be released on February 9.

Meanwhile, check out 4Minute’s Cut It Out teaser below: