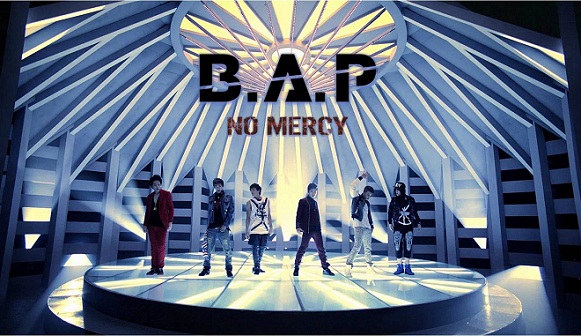 While the album was supposed to go on sale July 19 along with the digital release, a problem was noticed with the albums and all 50,000 copies were scrapped due to a colour issue.

TS Entertainment explained the matter further saying, “We were initially planning on releasing the album through both on and offline markets on July 19, but the finished product’s printed color was a bit off from what we desired. Therefore, we have decided to discard all albums to present fans with the best as we have promised.”

Colour was much more important to the B.A.P boys this time around as seen from their colourful teaser images. While the physical albums may be postponed until further notice, you can still download B.A.P’s No Mercy digitally.