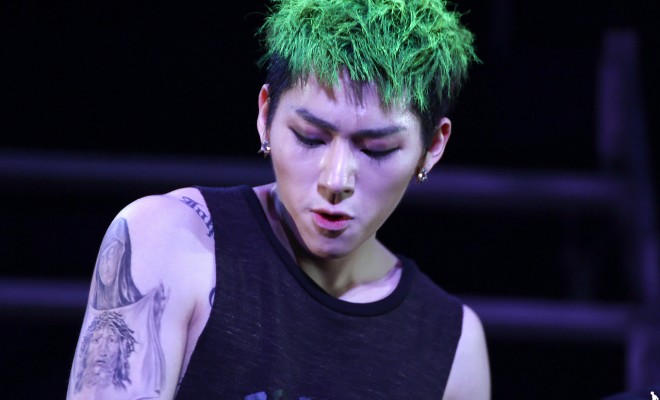 There are people who view tattoos as works of art, and they mean a lot to them personally. These include Kpop idols, some of whom have multiple tattoos all over their bodies. Each tattoo has a special meaning for these artists; let’s take a look at some of the male Kpop artists who decided to have some permanent ink done.

1. TeenTop’s C.A.P– Aside from his arm sleeve tattoos, he also has a neck tattoo and a shoulder tattoo 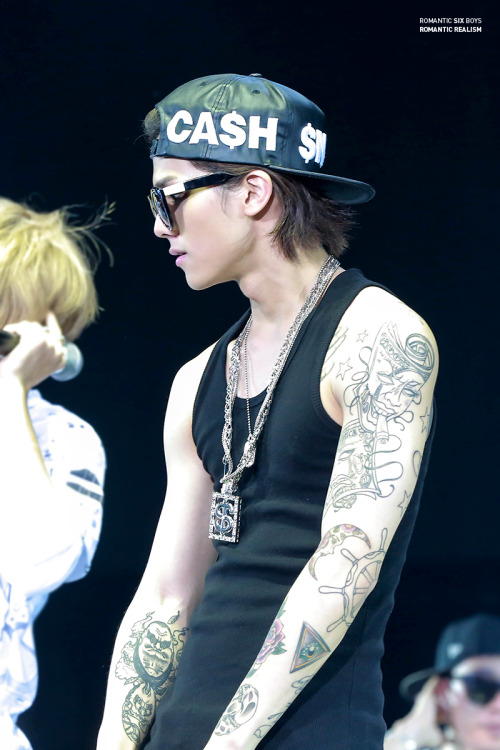 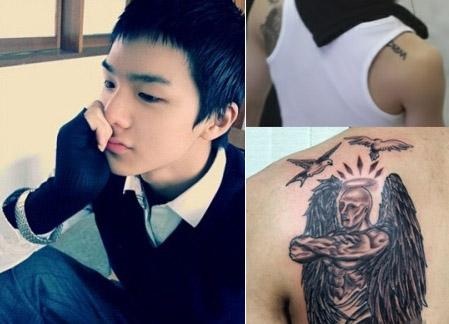 2. BAP’s Bang Yong Guk – He has a massive tattoo on his chest, and a shoulder tattoo that says “Do what you like and love what you do”, and an arm tattoo saying “Make art not war”, as well. 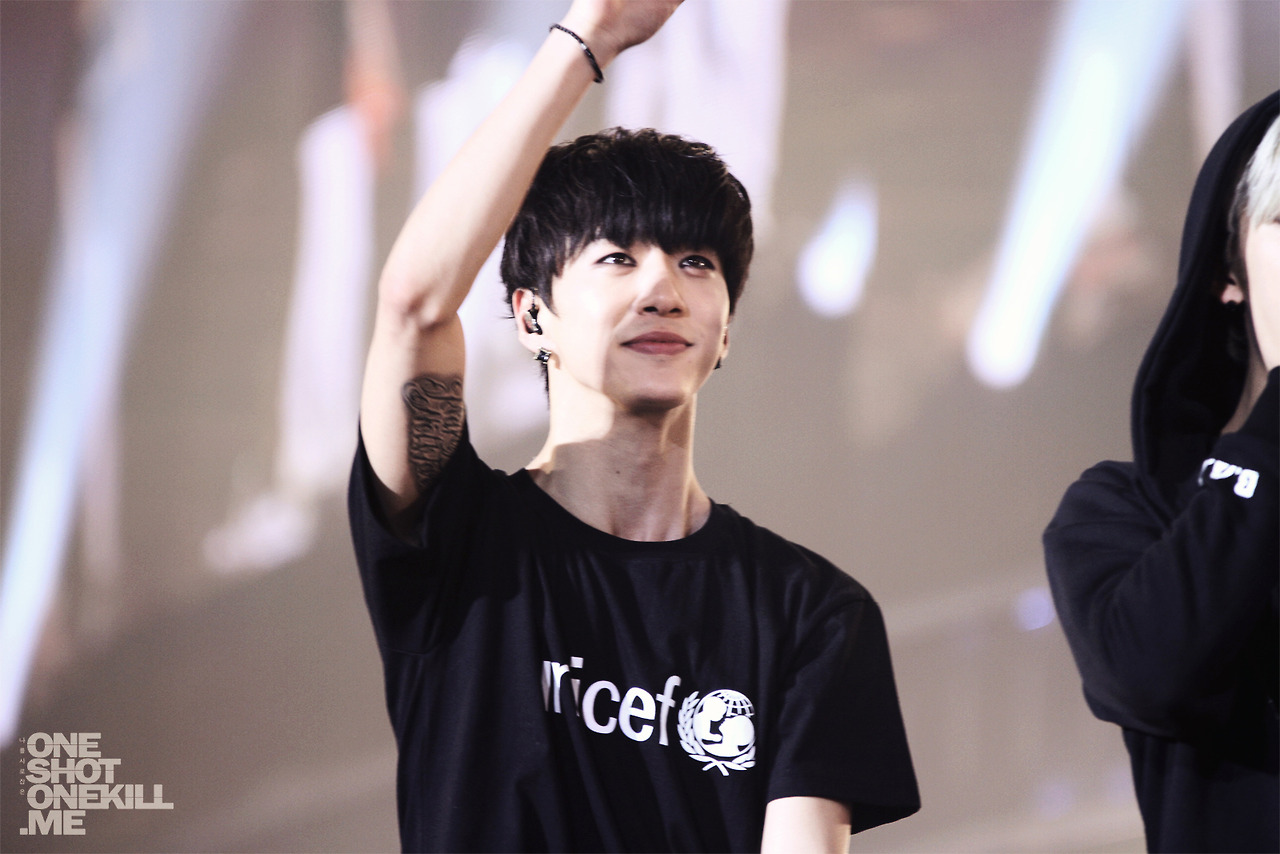 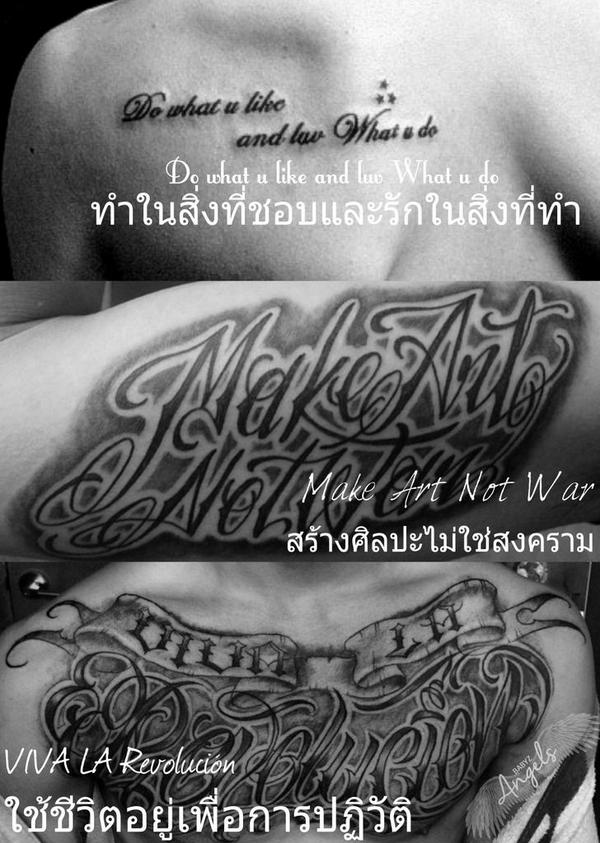 3. BigBang’s G-Dragon – GD has multiple tattoos as well, most of them are phrases. 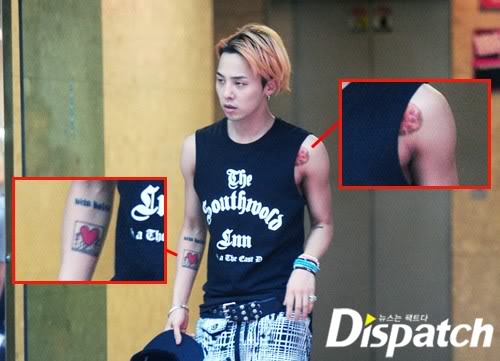 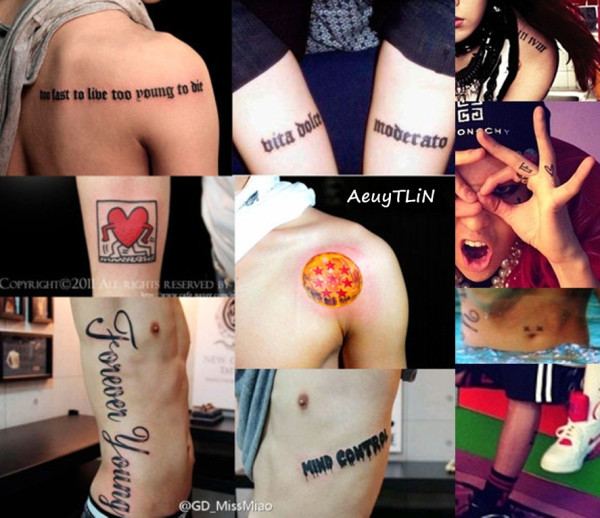 4. Jay Park – He stated that he got his first tattoo in 2010 and had added several more afterwards. 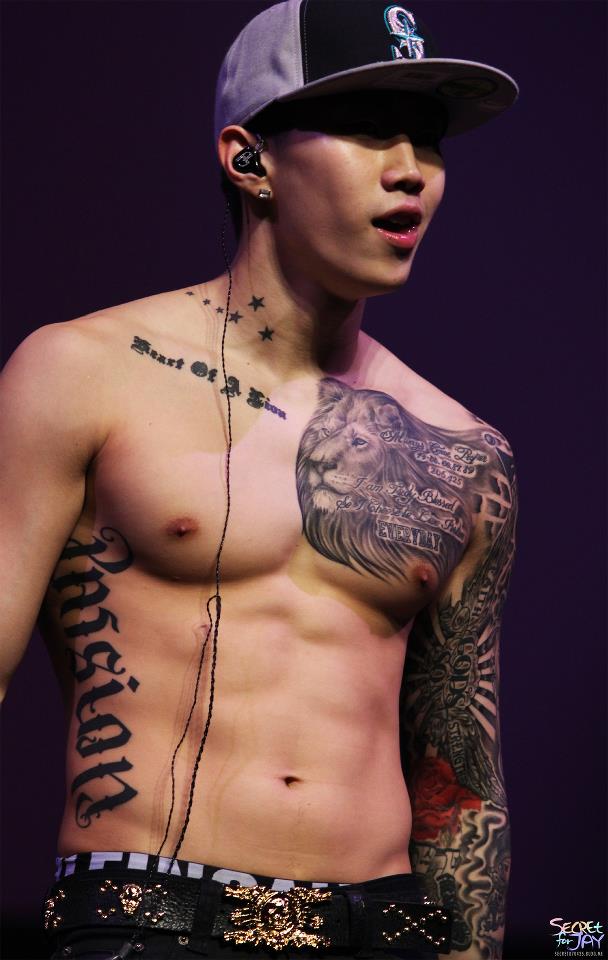 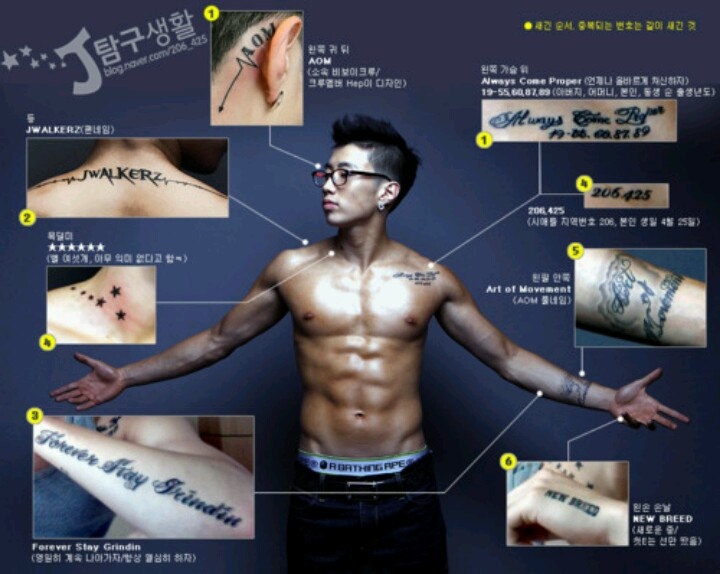 5. FT Island’s Hongki – He has skeleton tattoos on his forearms as well as the tattoo “freedom” on both the back of his arms. He has recently added the image of two keys to his shoulders. 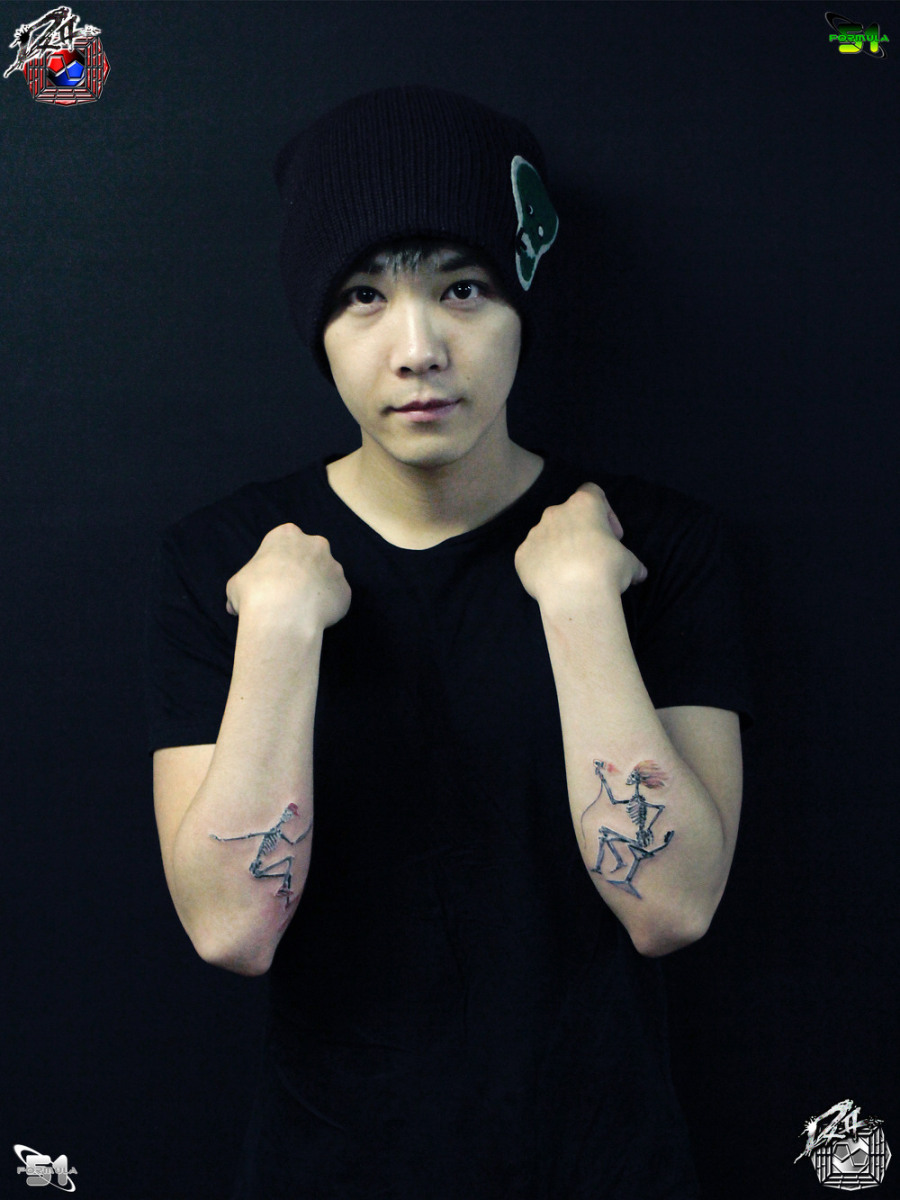 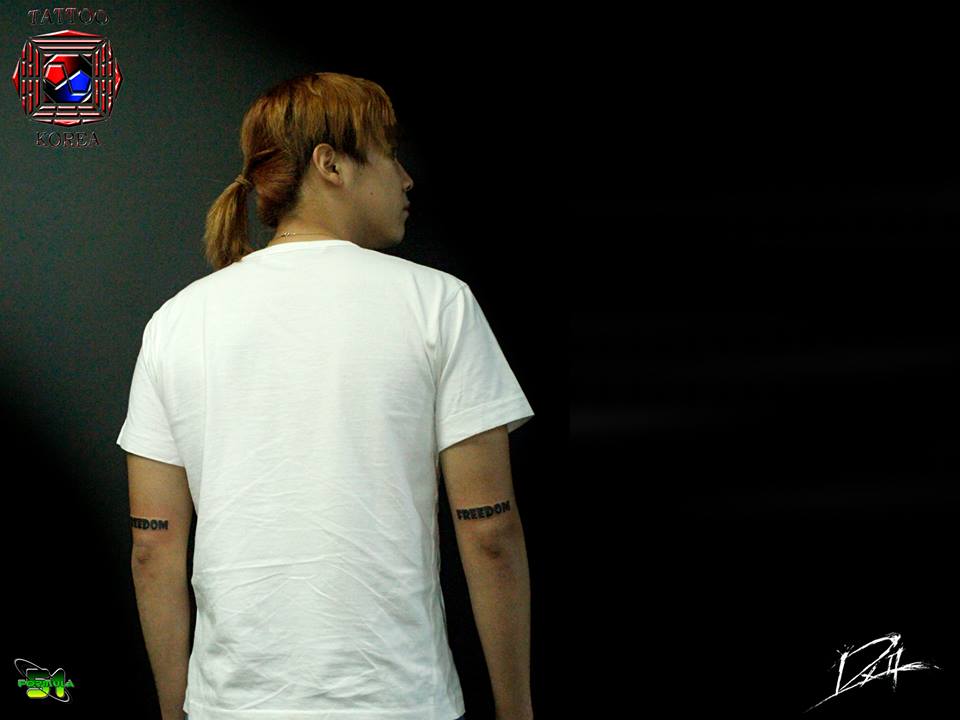 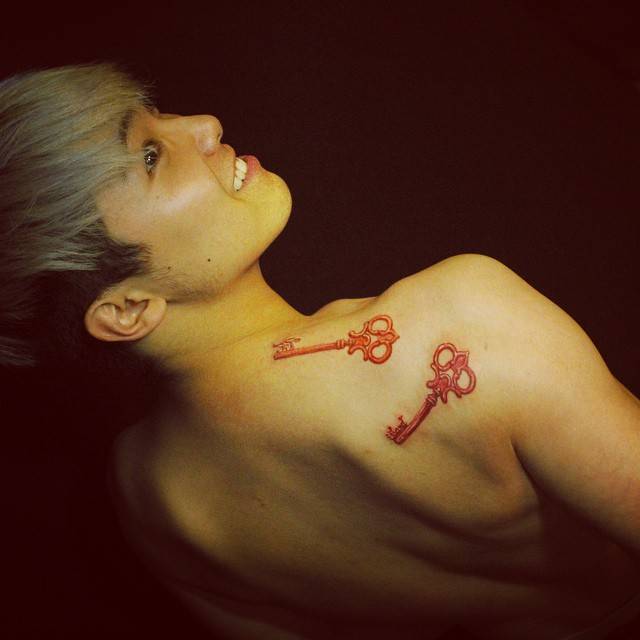 6. JYJ’s Kim JaeJoong – He has a tattoo on his chest which says “Always keep the faith” (Yoochun does, too), as well as a butterfly, a tattoo on his back, his hips and down his spine. 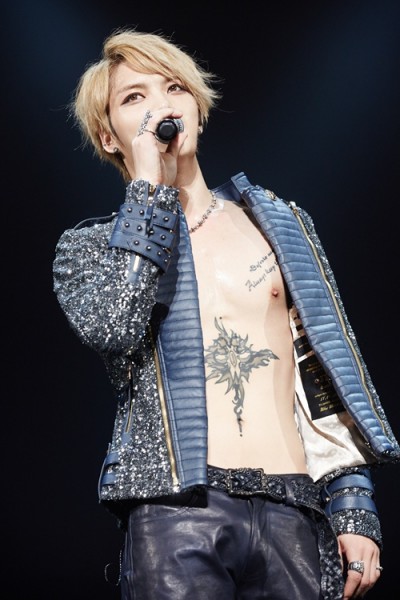 Photo: ameblo.jp (The tattoo on his belly here is fake) 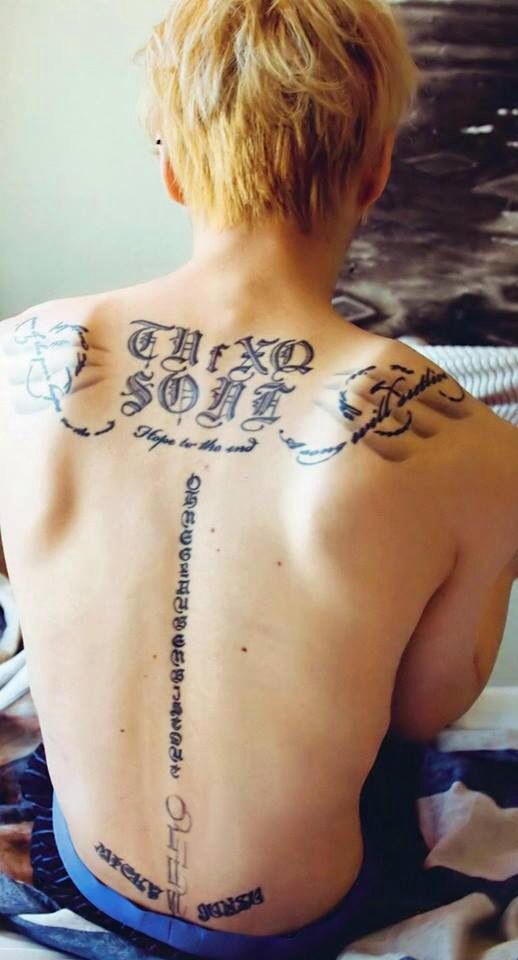 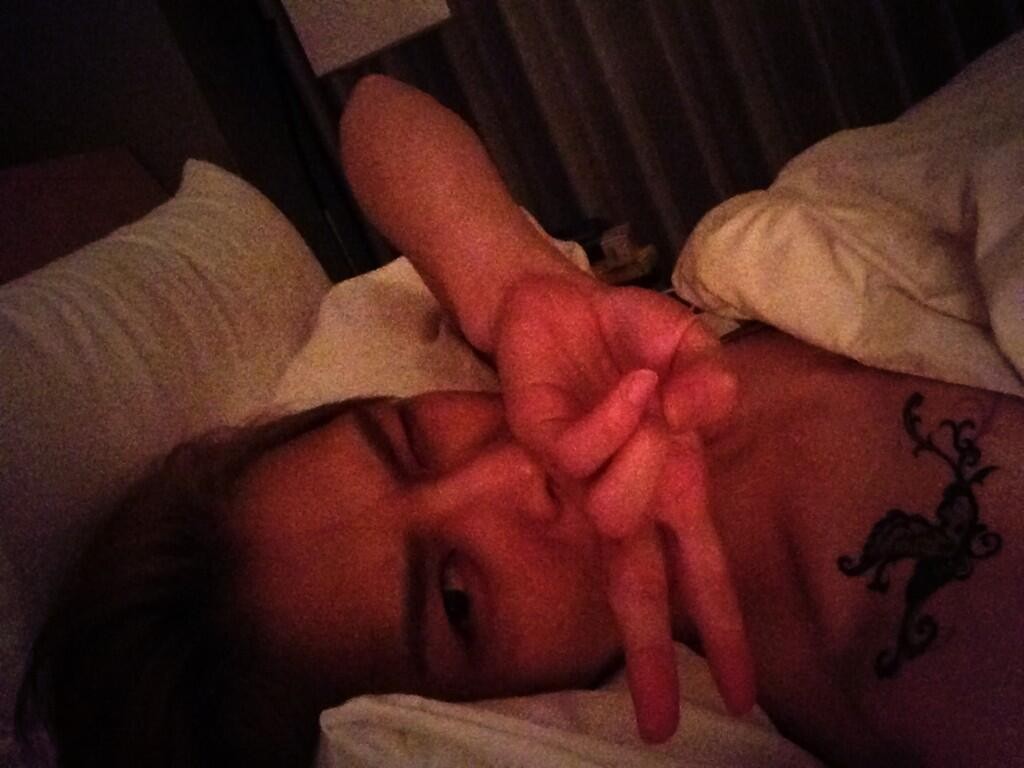 7. BEAST’s Junhyung – Has multiple tattoos including a phrase on his left arm that states “If I die tomorrow I would never regret”. 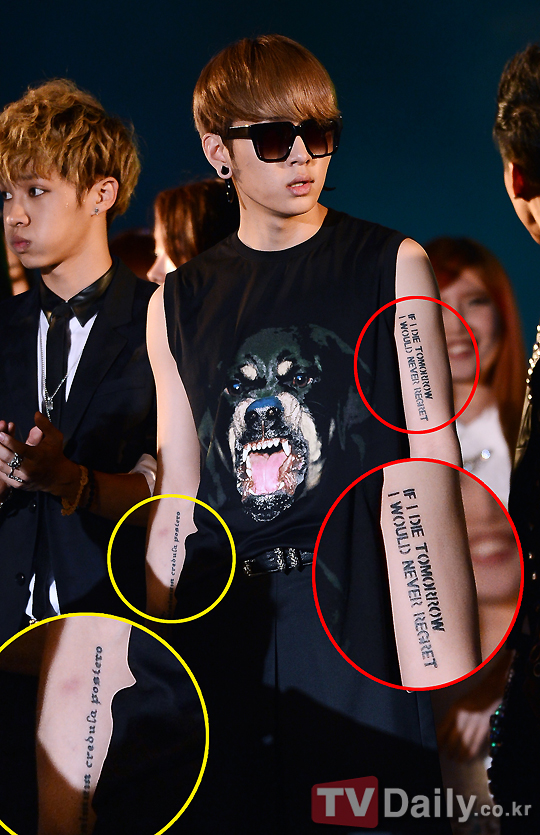 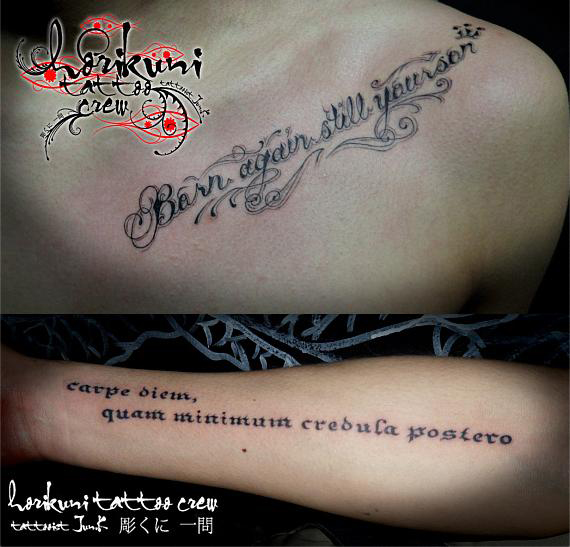 8. Block B Zico – He has a lot of religious tattoos and also a tattoo as a tribute to his mother on his chest. 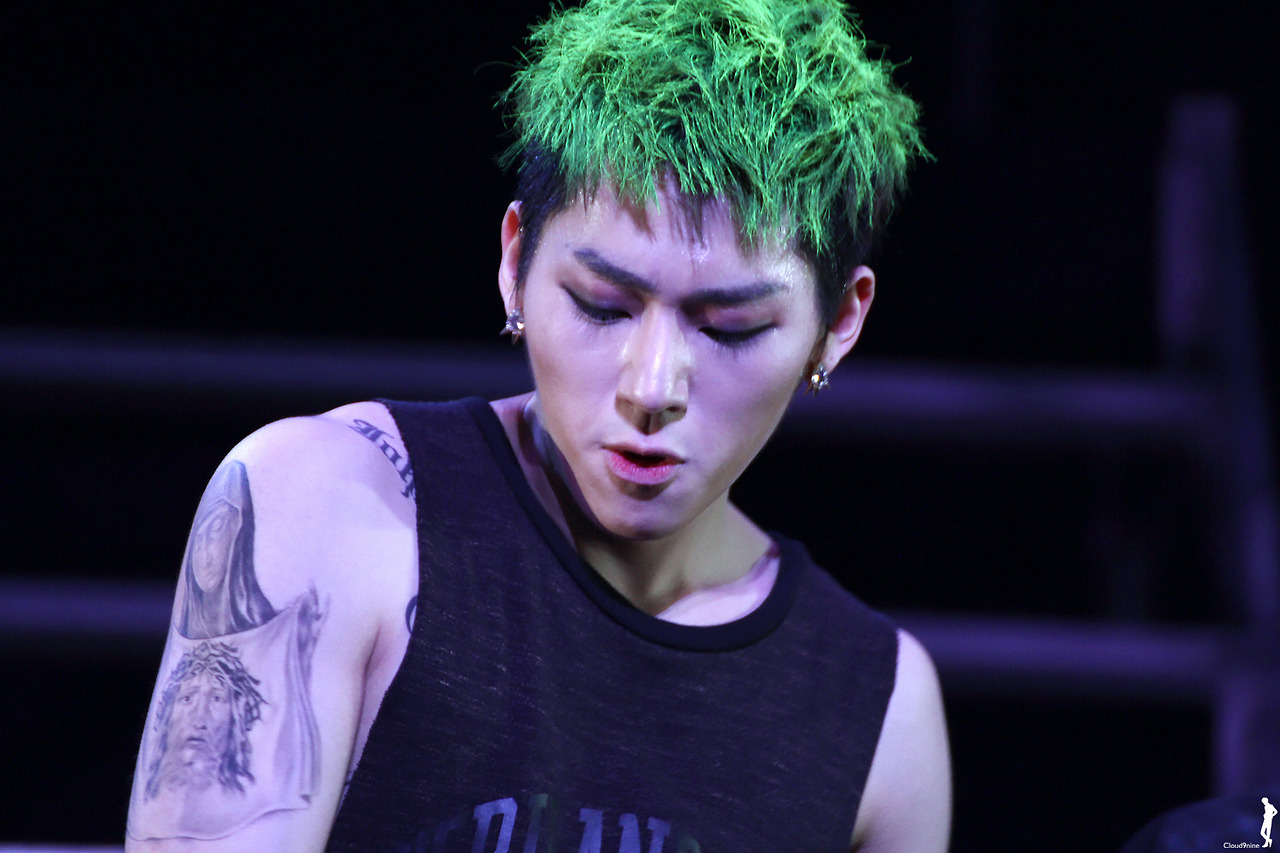 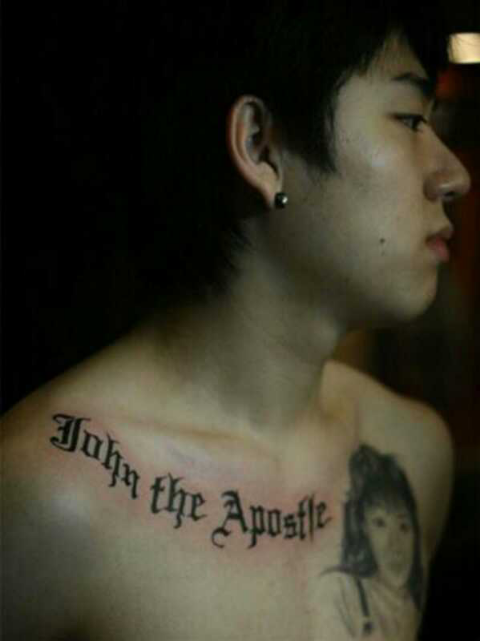 What do you think of these male idols and their tattoos?