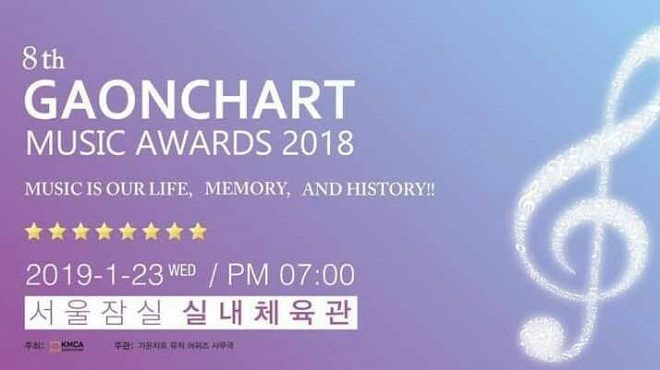 Which K-Pop stars and their chart-topping releases were recognized at the 8th Gaon Chart Music Awards?

On January 23, the 8th Gaon Chart Music Awards bestowed fans’ favourite K-Pop stars the recognition they deserve for all their chart-topping contributions to the industry in 2018. 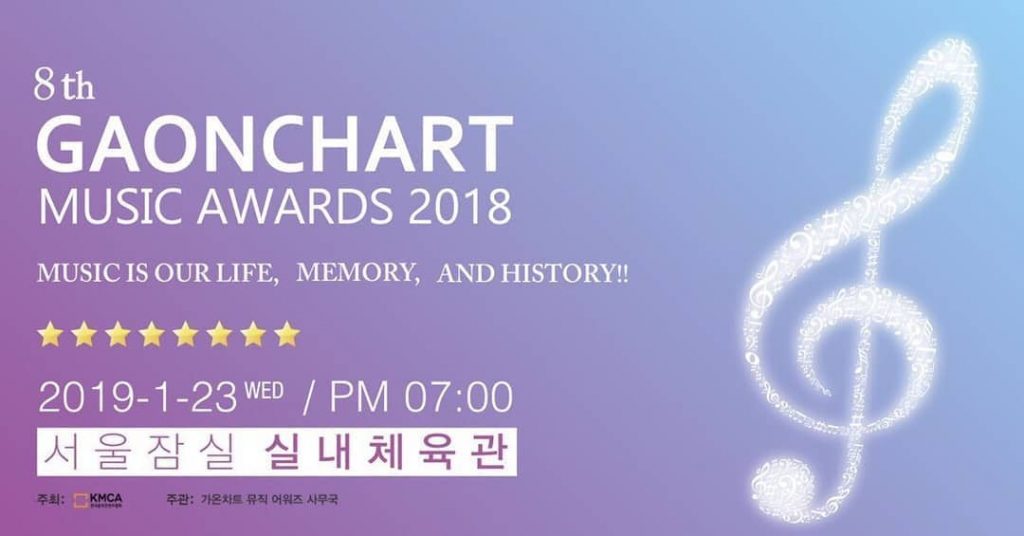 Held by the esteemed music charts company, the show named 12 Songs of the Year, corresponding to each month of 2018 and facing artists’ chart-topping hits released on the same months against each other.

The winning artists and their tracks were iKON’s “Love Scenario” for January, Roy Kim’s “Only Then” for February, BIGBANG’s “Flower Road” for March, TWICE’s “What Is Love?” for April, Bolbbalgan4’s “Travel” for May, and BLACKPINK’s “DDU-DU DDU-DU” for June.

On the other hand, the artists and tracks which dominated the second half of the year were TWICE’s “Dance the Night Away” for July, Red Velvet’s “Power Up” for August, Lim Chang Jung’s “There has never been a day I haven’t loved you” for September, IU’s “BBIBBI” for October, and BLACKPINK member Jennie’s “SOLO” for November.

Wanna One was also recognized for the success of their album 0+1=1 (I Promise You), which was named the Album of the Year for the first quarter of 2019.

BTS showed how they dominated both the second and third quarters of the year by taking home the same award for Love Yourself: Tear and Love Yourself: Answer, respectively.

Lastly, EXO held the last quarter of the year in their hands with Don’t Mess Up My Tempo. 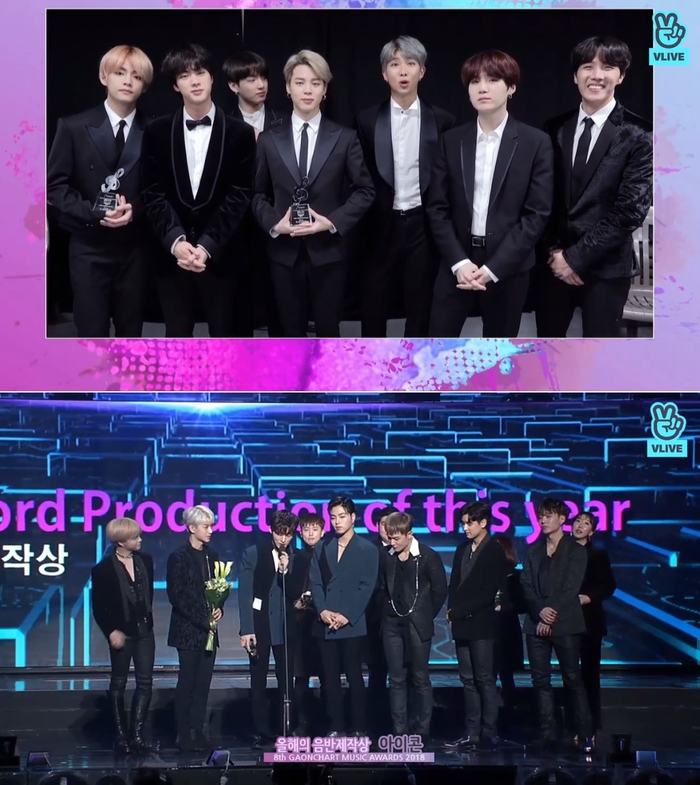 SEVENTEEN was honored with the Hot Performance of the Year and World Hallyu Star awards, proving how great 2018 had been for them.

Fellow boy group iKON was awarded the Long-Run Song of the Year recognition for the success of their song “Love Scenario”, and together with their staff, the boys also took home the Record Production of the Year award.

Rookies (G)I-DLE and Kim HAON were given the New Artists of the Year awards in the Digital category, while fellow newcomers IZ*ONE and Stray Kids took the same title for the Albums category.

Additionally, rookies MOMOLAND and The Boyz both took home the World Rookie Awards in recognition of their success even outside of Korea. 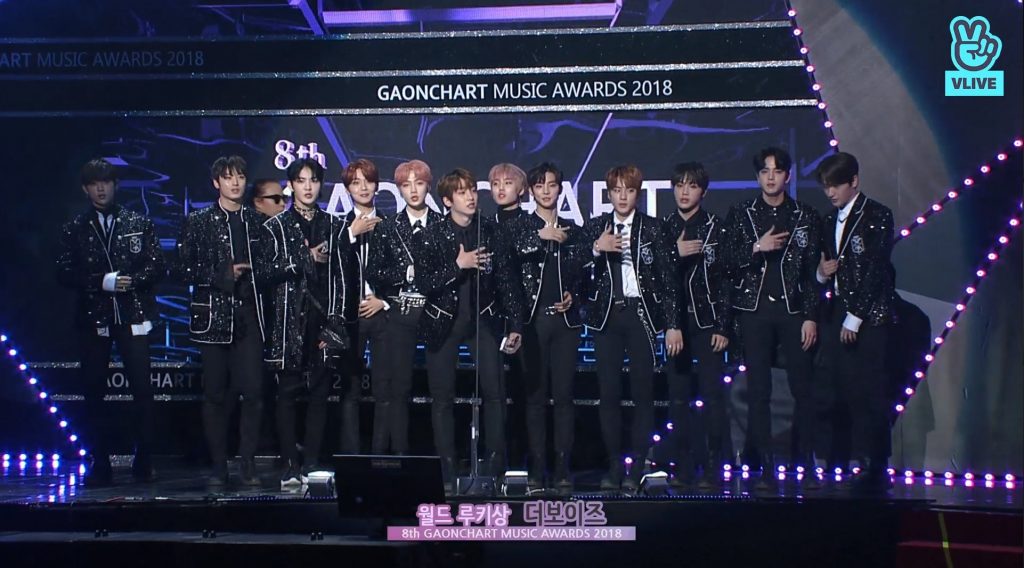 The Popular Singer of the Year award was awarded to Jang Deok Chul for his track “Good Old Days”. Singer Ben was named the Discovery of the Year in the Ballad category, while Punch took brought home the same award for the R&B category.

Gaon Chart Music Awards also recognized those who made some of 2018’s chart-topping hits shine even brighter with their behind-the-scenes work.

Seo Ji Eum was named the lyricist of the year after doing significant behind-the-scenes work on some of 2018’s best tracks, including Oh My Girl’s “Secret Garden”, f(x)’s Luna’s “Free Somebody”, and MONSTA X’s “Jealousy” among many others.

Teddy was named as the composer of the year, and BLACKPINK accepted his award on his behalf. YG Entertainment’s Ji Eun also won the Style of the Year award for the Stylist category. 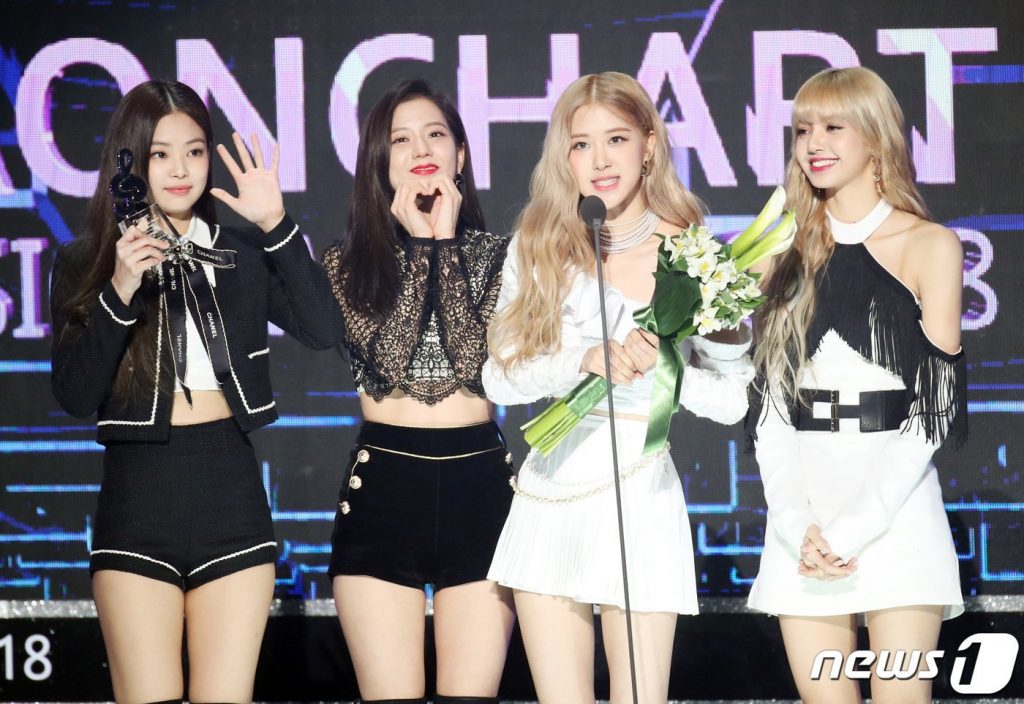 The Performer of the Year for Backup Vocals was awarded to Jeon Jae Hee, who did a great job on (G)I-DLE’s single “LATATA”. The same award was given to Kim Mi Jung & Shin Sang Won for the Instrumental category thanks to their amazing contribution to GFRIEND’s “Time for the moon night”.

BigHit Entertainment also racked up awards as Son Sung Deuk was given the Style of the Year for Choreography award. Additionally, the K-Pop Contribution of the Year award was received by – none other than – BigHit’s boy group BTS.

Did your favourite artists take home trophies from the 8th Gaon Chart Music Awards? Let us know by leaving a comment below, giving us a holler on Facebook, or tweeting us at @hellokpop!