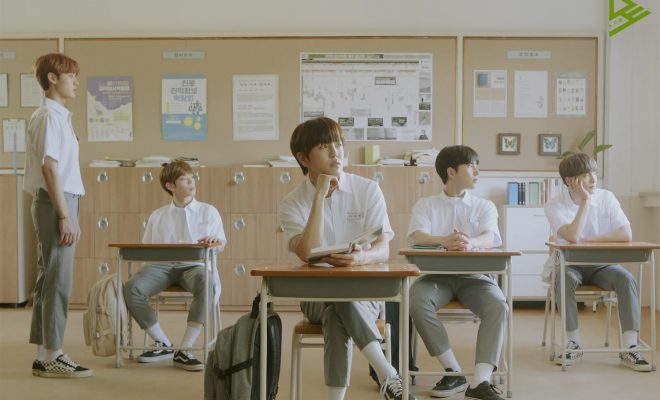 A.C.E has brought the nostalgic feels in their latest music video teaser which set the mood for their upcoming song!

A.C.E gathers excitement for their new song which will be released on June 24 at 12 PM KST through a music video teaser! 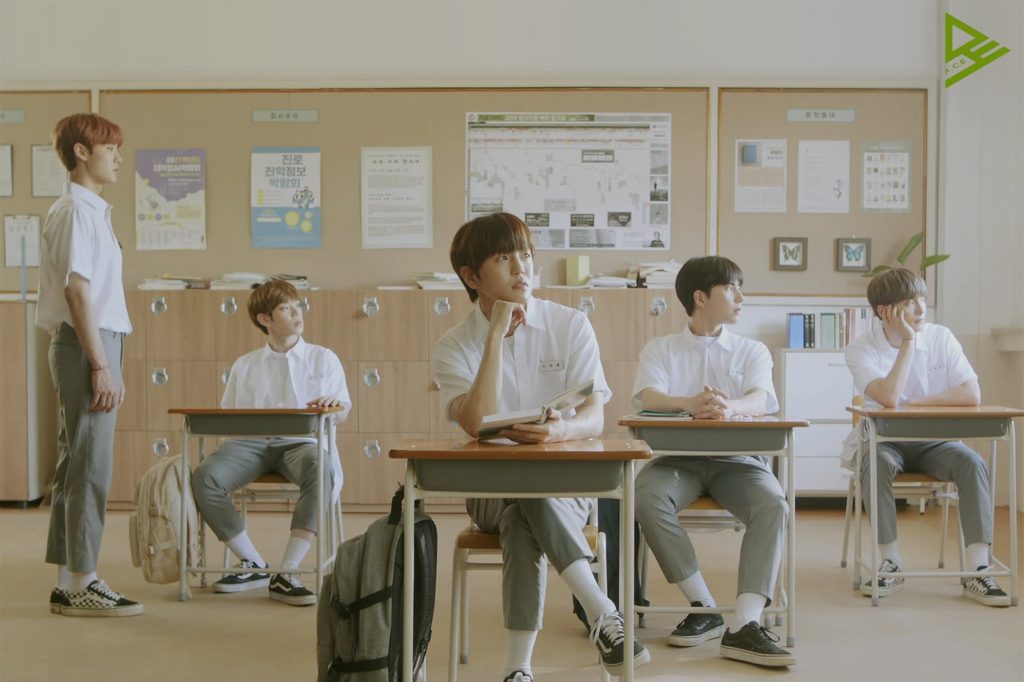 Revealed on June 17, the boy group’s quick preview of their newest song titled “Stand By You” set a solemn atmosphere with the warmth exuded by the members accompanied by a soft melody.

Taking on a classroom setting, Donghun, Jun, Wow, Kim Byeongkwan and Chan donned school uniforms along with serious expressions on their faces. Aside from Chan, all of the members were sitting down in their desks. Looking out the window at the beginning, the five boys then turned their heads towards the camera as the video came to a close.

Making it even more enticing for fans, the sentimental background music in the clip was produced by WOW himself.

An animated version of this scene was also shared by the quintet a few hours ahead of their music video teaser reveal. Earlier in June 16, they also shared an image teaser announcing their new song.

Featuring a red diary held against the sky, the image piqued fans’ curiosity. Moreover, it directed Choices to a webpage which featured more teaser photos.

Meanwhile, A.C.E celebrated their third debut anniversary last May through a special live online concert with their fans. Their last official comeback was in October 2019 with the mini-album Under Cover: The Mad Squad. It was headlined by the song “Savage”, which once again contained dark and intense sounds.