A.C.E, the experts at surprising concepts are about to make a surprise return! Mark the next week as occupied because many teasers are coming your way!

The immensely talented boys of A.C.E just revealed the news of a comeback with their second repackage album. The idols shared their promotional schedule, which received a lot of exciting responses. 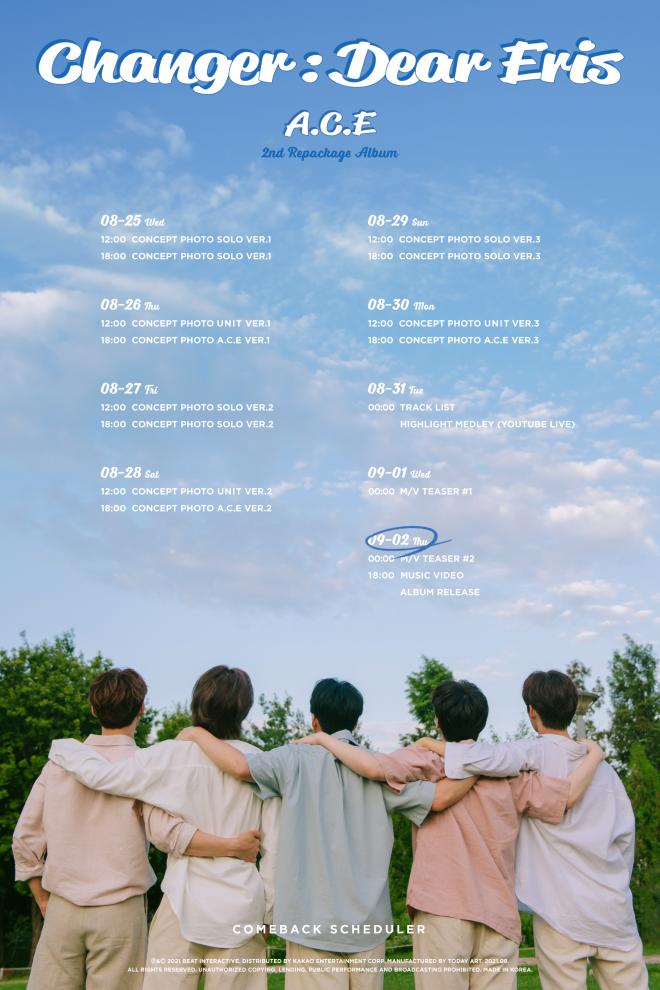 The boys packed more than a week for their fans, filling the days with striking contents waiting to be released. Starting from noon Korean time on August 25, A.C.E will start dropping a series of individual, unit and group concept photos. They have three versions in store for their lovely fans.

After they are done with the most part of the visual treat, the group will reveal its track list on August 31, along with a special YouTube Live Highlight Medley. Then, the idols will drop two music video teasers, the second one to be released hours before their comeback.

Additionally, the back view of the members under the schedule grabbed the attention of many. The five of them stood beside each other with their arms wrapped around the adjacent person, showing their strong friendship and bringing forth sentimental emotions on those who look at it.

The group’s last mini-album, SIREN:DAWN, came out in June and impressed with its once again unique presentation, and choice of songs. All the members showcased their growth and their voices full of sensibility, through the five immersive tracks.

The new album’s name is Changer: Dear Eris, with Eris hinting at the Greek goddess of strife and discord. It can also be related to the dwarf planet, Eris, which also relates to the mentioned goddess. We will have to wait to see the meaning they put into this new work.

A.C.E will make its return with the second repackage album Changer: Dear Eris on September 2 at 6 PM KST.