AB6IX greet fans with their first-ever repackaged album SALUTE: A NEW HOPE for their intriguing comeback!

AB6IX surprise fans with their comeback announcement, releasing a teaser image for their first-ever repackaged album since debut!

A little over two months after their third EP SALUTE dropped, the group will return with the EP’s repackaged version, titled SALUTE: A NEW HOPE. 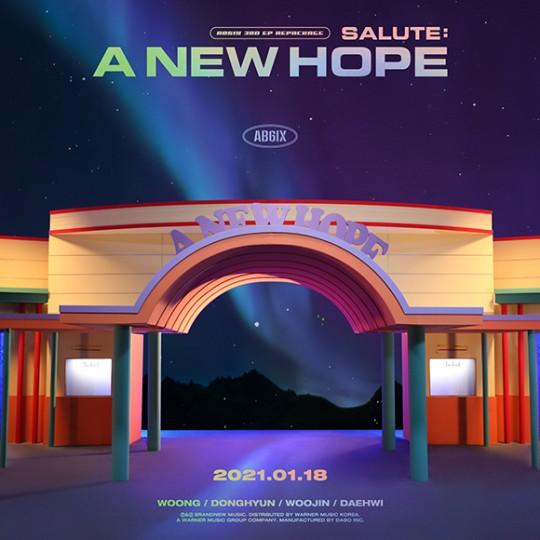 The poster image piqued fans’ interest with its interesting concept. In particular, the teaser drew attention by depicting what resembles a theme park entrance. Additionally, its background of an aurora light display, stars, and a dark forest seem to indicate a galactic concept. Fans look forward to seeing how AB6IX will elevate the charms of their last release in this new re-packaged album.

Following the release of their third EP SALUTE, AB6IX unleashed dynamic and skillful performances during their comeback promotions. As a result, the group gained immense support and praise from fans, and also attracted more fans to their growing fandom. Many are eagerly anticipating their return, and are curious about the new charms the group will show with their newest release.

SALUTE: A NEW HOPE will release on January 18 at 6 PM KST.

The event will live-stream across BBANGYA’s online broadcasting platform. Tickets are available for as low as 11,000 won. The “2020 BMF” featuring AB6IX will occur on January 16 at 3 PM KST.