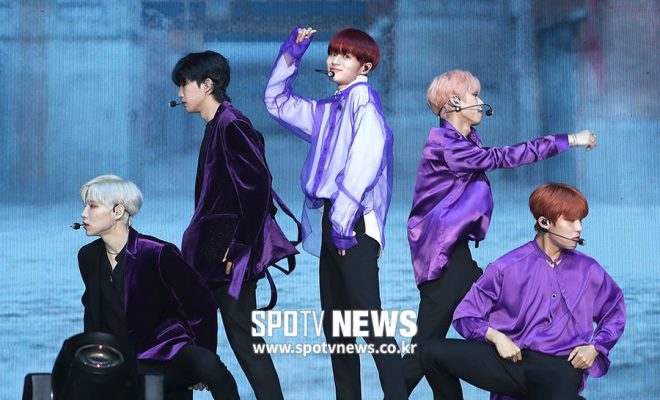 AB6IX recounted how their former stints as Wanna One and MXM played a part in who they are now as “reborn idols”!

The boys of AB6IX looked back on their former activities as members of Wanna One and MXM during their debut showcase on May 22! 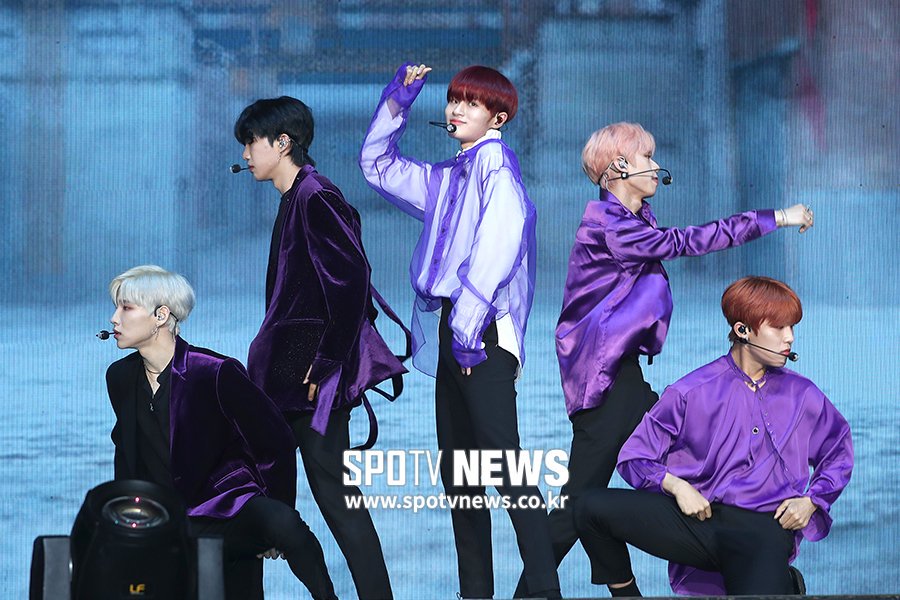 Before debuting as AB6IX, leader Young Min and vocalist Dong Hyun promoted as a duo called MXM after winning a lot of fans’ hearts during their stint as Produce 101 Season 2 trainees.

Meanwhile, members Woo Jin and Daehwi used to be a part of the project group Wanna One after being one of the eleven winners of the same show.

Now, they finally stood together as five including their new member Jeon Woong for the first time in their debut showcase, held at the Olympic Hall in Seoul’s Olympic Park.

Having already lived out the idol life through their previous groups, the boys of AB6IX revealed how much their prior learnings contributed to their new beginning as a group.

“We have gained a lot of experiences from our Wanna One and MXM activities, which is definitely a big plus to our career as AB6IX now,” Daehwi shared. “We don’t get nervous while performing anymore,” he added.

“I feel less nervous now in AB6IX’s debut showcase than how I used to be nervous and trembling during MXM’s showcase,” Young Min also confessed.

“It feels good to finally be on stage with my younger brothers who I became a trainee together with, and of course, our newest member Woong as well,” the leader shared.