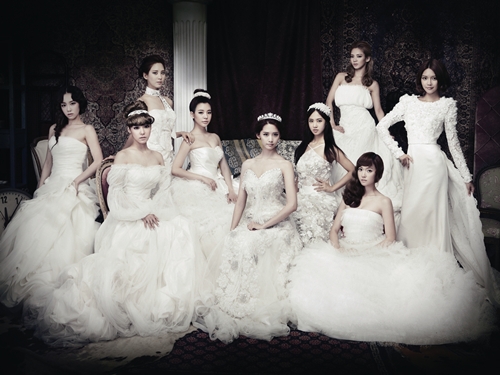 Reports have emerged that Girls’ Generation will be releasing an English debut album next year with plans to ‘court English-speaking music fans’.

After receiving much success for their English version of the track The Boys, Girls’ Generation has planned to return to the U.S. with the release of an English album next year.

According to the UK’s The Guardian news portal, the album ‘will mark the group’s first serious effort to court English-speaking music fans’ as Girls’ Generation intends to release an English album through Interscope Records, who is noted for its global artists Lady Gaga and Eminem.

The fact that PSY has made his way into the American market has provided Girls’ Generation a tunnel to makes their break into the global music industry. American US Weekly editor Mio Scobie added that PSY had brilliantly marketed K-pop and despite the lack of a plethora of new listeners, “the album will be a hit regardless…Girls’ Generation fans are fiercely loyal and will be ready to buy and download in their droves.”

Girls’ Generation is also reportedly preparing for their Korean comeback in January next year after their last release The Boys in October last year.

What do you think Girls’ Generation should do different from past attempts ( think PSY, Wonder Girls, Se7en and BoA) to dominate the English market? Are you excited? Let us know in the comments below!