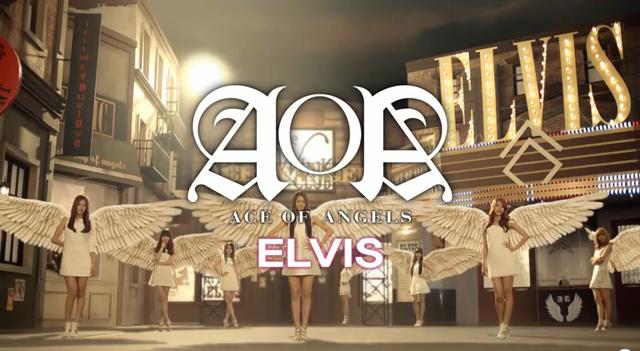 By The Editor | August 2, 2012
FacebookTwitter
SubscribeGoogleWhatsappPinterestDiggRedditStumbleuponVkWeiboPocketTumblrMailMeneameOdnoklassniki

FNC Entertainment‘s newest angels AOA (Ace Of Angels) have arrived with the release of their debut track and music video for ELVIS! On July 30, the girls also released their debut single Angels’ Story and held their first showcase in Gwangjang-dong, Seoul.

The group consists of eight members: Seolhyunari, Choa, Hyejeong, Chanmi, Yuna, Mina, Jimin, and Y(Youkyung). The group has a very unique concept, where the members are split into a dance group and a band group who play various instruments. Seven members of AOA are part of the dance group, while five members are part of the band. Eighth member Y is only part of the band group as the drummer, and is also known as the half angel and half human member.

Check out their debut MV below:

What do you think of the angel’s debut song?

Hellokpop, as an independent Korean entertainment news website (without influence from any agency or corporation), we need your support! If you have enjoyed our work, consider to support us with a one-time or recurring donation from as low as US$5 to keep our site going! Donate securely below via Stripe, Paypal, Apple Pay or Google Wallet.
FacebookTwitter
SubscribeGoogleWhatsappPinterestDiggRedditStumbleuponVkWeiboPocketTumblrMailMeneameOdnoklassniki
Related ItemsAce Of AngelsAngels’ StorychanmichoAELVISHyejeongJiminMinaSeolhyunariY(Youkyung)Yuna
← Previous Story D-UNIT releases debut album
Next Story → D-UNIT unveils music video and dance version for ‘I’m Missing You’