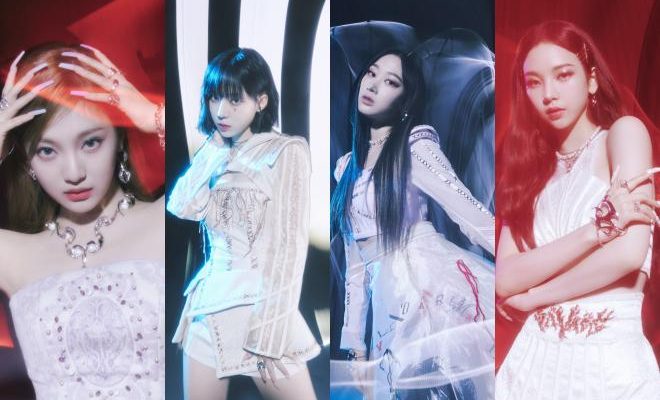 With around a week left until their highly-anticipated return, dazzling rookie girl group Aespa sets the online world on fire again as they reveal more teasers for their first album Savage.

The group has released two sets of concept photos so far, including both group and individual previews, teaser clips, a CD trailer, tracklist and the official emblem for the comeback.

In the latest set of teasers unveiled from September 25 to September 26, Karina, Giselle, Winter and Ningning left fans speechless with their overflowing charisma and fantastic visuals. While showcasing a cosmic concept that the industry has not yet seen before, the group proves once again that they remain unbeatable and unstoppable when it comes to pulling off such out-of-this-world themes. 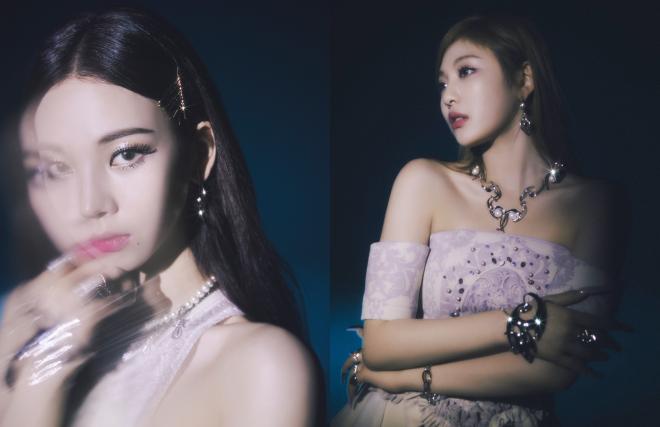 Donning classy and elegant outfits in soft colors, the girls made many hearts flutter with their flawless facial features and mesmerizing expressions. The headpieces and accessories they are wearing in the photos seemingly indicate a magical and wonderful comeback ahead for Aespa.

As they look directly to the camera with their direct gazes, the members unleashed their cool and versatile image, which adds up to the attractiveness of the teasers.

Their facial expressions are all attractive and fitting to their upcoming offering, while their makeup looks perfectly highlight their natural beauty. Though their poses may fall on the simpler side, the girls were still able to leave a remarkable impression on the audience, all thanks to their fierce looks and aura. 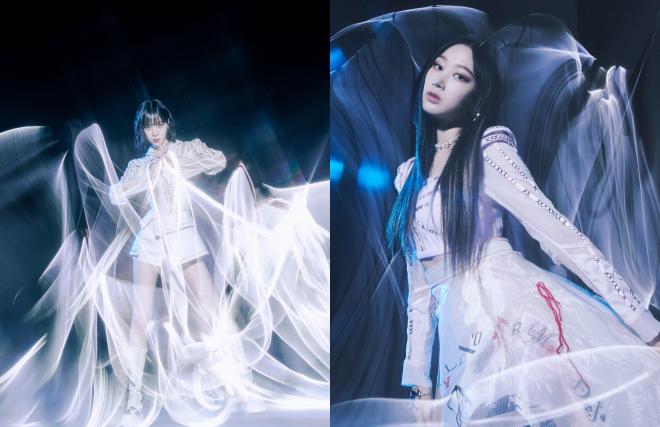 Further heightening MYs’ excitement, SM Entertainment also unveiled another set of teasers on September 28. Starring eldest members Karina and Giselle, the newest previews give off dark and mysterious vibes, which is way different than the last one. 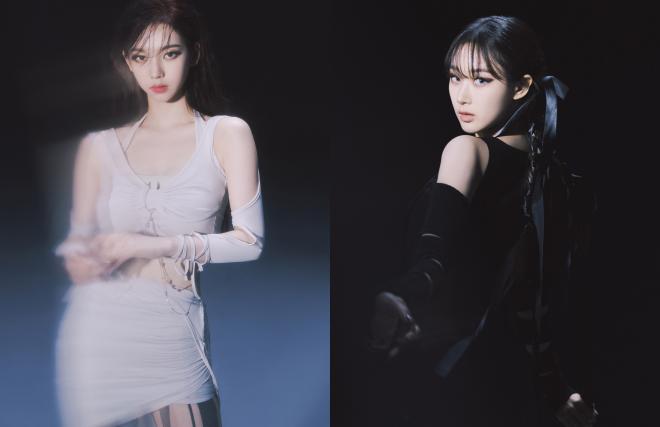 The two are wearing tight pieces of clothing that make them seem like they are fighters who are ready to conquer the world. They are simply staring at the camera without doing anything much with their body yet they still managed to perfectly look good.

In addition, the tracklist released on September 27 suggests that there will be a total of six tracks included in Aespa’s first-ever EP. Aside from the title track of the same name, Savage will also consist of songs such as “aenergy,” “I’ll make you cry,” “Yeppi Yeppi,” “Iconic” and “Lucid Dream.”

Fans should continue to look out for more teasers as the group will surely reveal more of them in the following days.

Meanwhile, Aespa will officially make their comeback on October 5 at 6 PM KST.