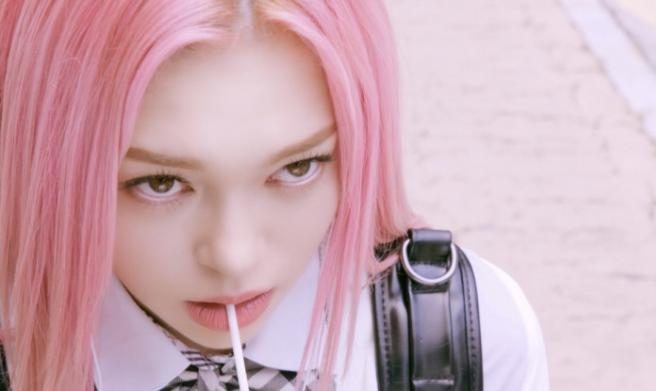 AleXa announced her upcoming comeback by releasing a thrilling concept trailer, raising fans’ curiosity. The artist released the trailer for her new single album, titled ReviveR, on her official YouTube platform. The clip focused heavily on her project’s narrative worldview, capturing the interest of fans across the world.

The trailer portrays AleXa as an ordinary high school girl, who will subsequently find herself kidnapped by ZB Corporation. The corporation, which runs the world in this narrative storyline, will rebirth AleXa as artificial intelligence.

The engaging trailer is darkly satirical. The video portrays AleXa innocently walking in a school uniform, playing on an old-school gaming device. A beam of electricity hits the nearby Namsan Tower, eventually exploding outwards. The artist falls to the floor, covered in blood while a backing track plays comedic laughter.

Its ominous end creates more mystery for her storyline, as a boot pressed against the side of her face. Overall, the trailer summons further questions on how the artist will develop this worldview in her next project.

Following the release of the digital single album, Bomb, in 2019, AleXa continues to grow her worldwide influence.

Considered a global artist, she captivated fans across the world with her unique concept of “A.I in the Multi-Universe”. As a result, the artist won a variety of awards. This includes the 2020 AAA Focus Award and The 4th Soribada Best K-Music Awards New Hallyu Next Artist.