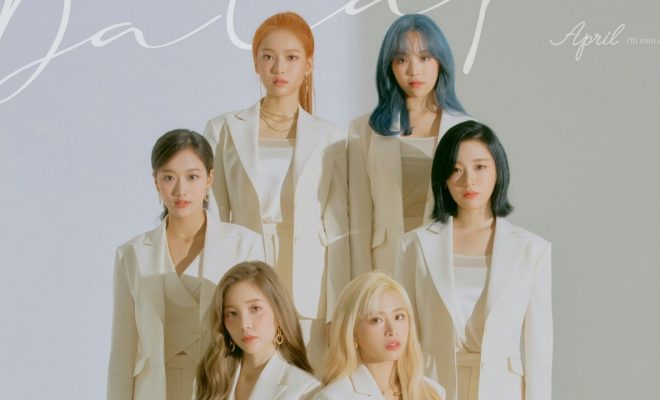 APRIL further opens the doors to the new world they created by sharing a glimpse of their upcoming music!

With only two days left before their return, APRIL continued bringing up excitement by unveiling the highlight medley of their seventh mini-album Da Capo on April 20. 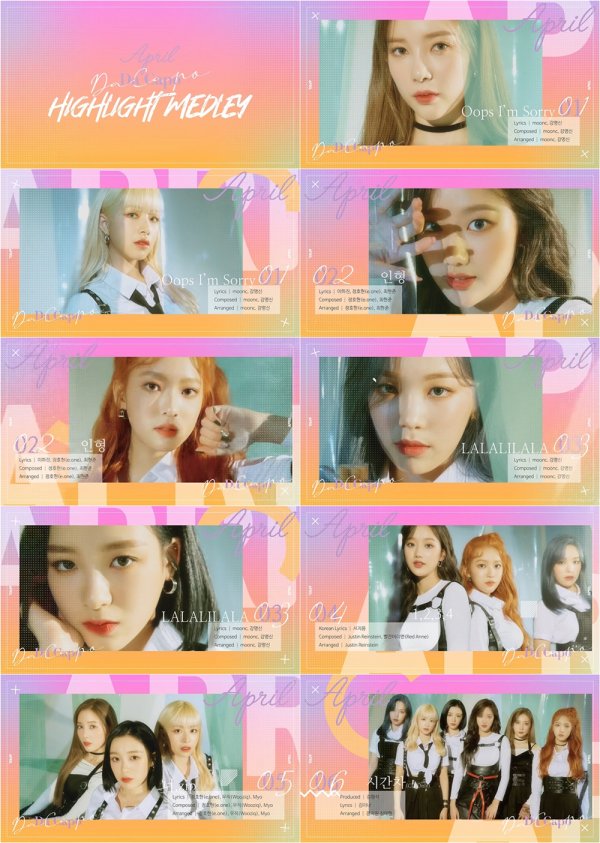 Preparing the way for the girl group’s long-awaited comeback on April 22, the highlight medley provided previews of the six tracks which will shine and show their charms in the mini-album Da Capo.

Taking the spotlight as the most eye-catching song is the title track “LALALILALA”. “LALALILALA” is a dreamy song that chants a spell to get the love you want to achieve, and the sensuous melody and repetitive hook that seems to entrance fans are already drawing expectations.

The medley also gave a glimpse of the charms of the other songs in the mini-album, including “Oops I’m Sorry” which contains cute lyrics. The track “Dolls” will also show a faint sensibility while “1,2,3,4” will be a color-pop song with a lively personality.

Moreover, “You.zip” will contain a message of wanting to put complex minds in one place. Lastly, “Matter Of Time” which Naeun and Jinsol released in March will show their sparkling charms once again.

Aside from the comeback concept photos released earlier, the highlight medley clip also contained snapshots of the members on the set, which drew even more enthusiastic responses from fans.

Previously, the group further amplified excitement for their return by sharing unit concept video teasers from April 17 to 19. Beginning with the team-up of Naeun and Jinsol, the girls continued previewing their out-of-this-world concept for Da Capo with clips of Chaekyung and Rachel followed by Chaewon and Yena.