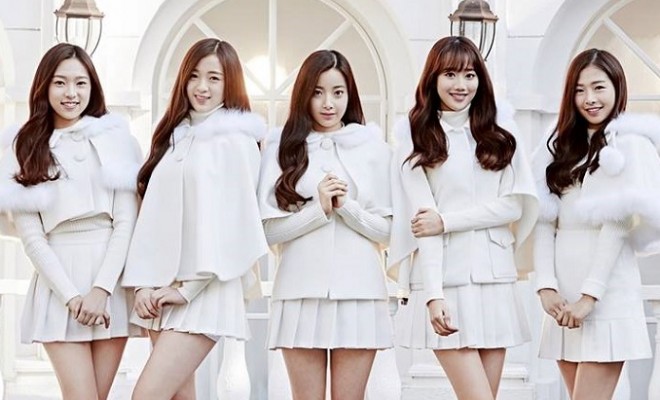 Girl group April has returned to bring the festive Christmas mood into its newest music video for Snowman!

On December 21, the girls released their special winter album titled Snowman, along with a beautiful music video for the album’s namesake title track. In the cozy background filled with Christmas ornaments, presents and a cute stuffed snowman, the quintet captivate viewers with their angel looks and sweet vocals.

Shortly after the music video release, April unveiled a making video for Snowman. In the video, the girls are seen having fun filming for their new song, as well as showing off their adorable charms.

Check out the MV and the making video for Snowman below:

Hellokpop, as an independent Korean entertainment news website (without influence from any agency or corporation), we need your support! If you have enjoyed our work, consider to support us with a one-time or recurring donation from as low as US$5 to keep our site going! Donate securely below via Stripe, Paypal, Apple Pay or Google Wallet.
FacebookTwitter
SubscribeGoogleWhatsappPinterestDiggRedditStumbleuponVkWeiboPocketTumblrMailMeneameOdnoklassniki
Related ItemsAprilChristmasmusic videosnowman
← Previous Story AOA’s ChoA Warms Hearts With ‘Flame’
Next Story → Dal Shabet Wants To Find ‘Someone Like U’ In Comeback MV