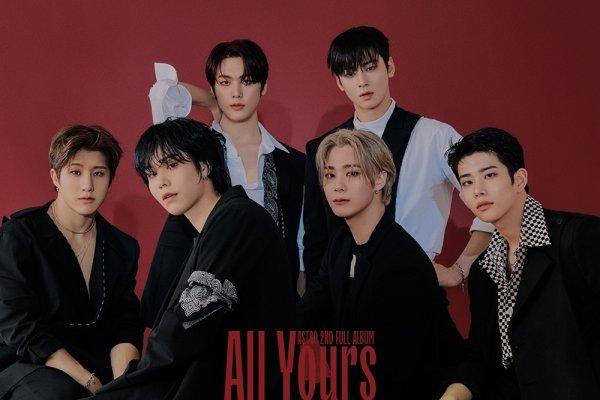 Slated to make their music return on April 5, ASTRO dropped concept photos that are truly gift for AROHA!

Announced on March 11, ASTRO decks another surprise with the release of their second studio album.

Befitting to the album’s concept of mutual belongingness of the group to their fans and vice versa, the group concept images unveiled are three versions – YOU, ME and US. 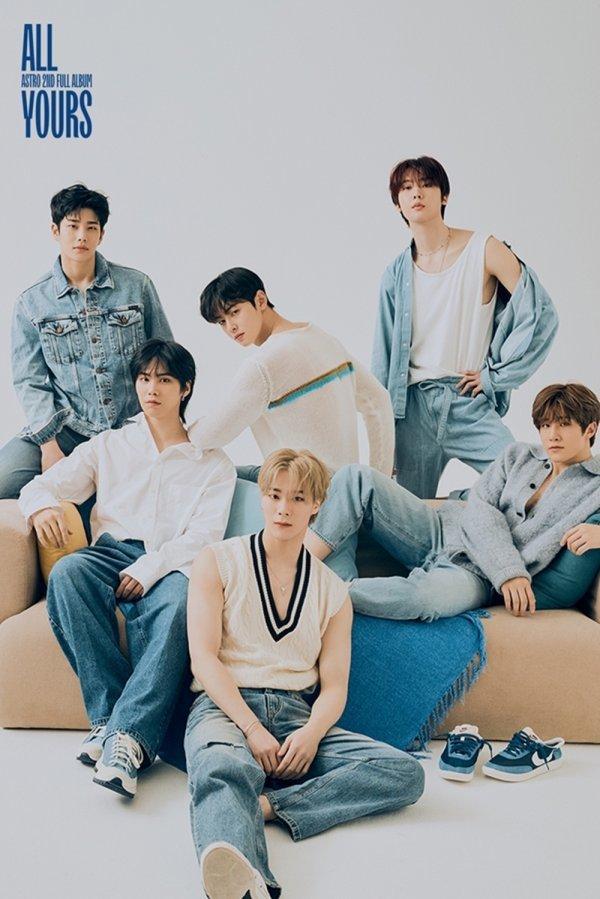 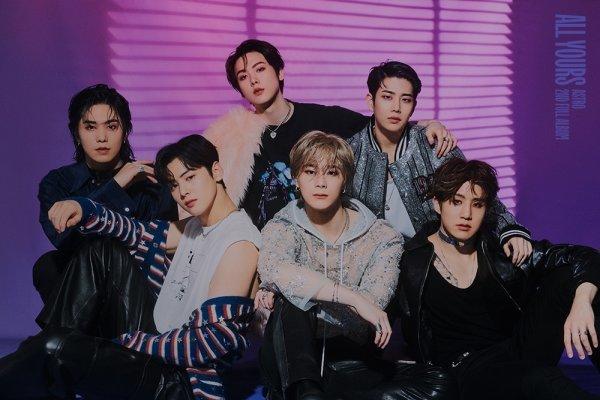 Along with the group’s tantalizing teaser photos, the track list of All Yours was also published with “ONE” marked as the title song.

Jinjin, Rocky and MJ participated in the album making process. Popular music composers and lyricists who worked in All Yours include ROYAL DIVE, Park Woo Sang and 153/Joombass. 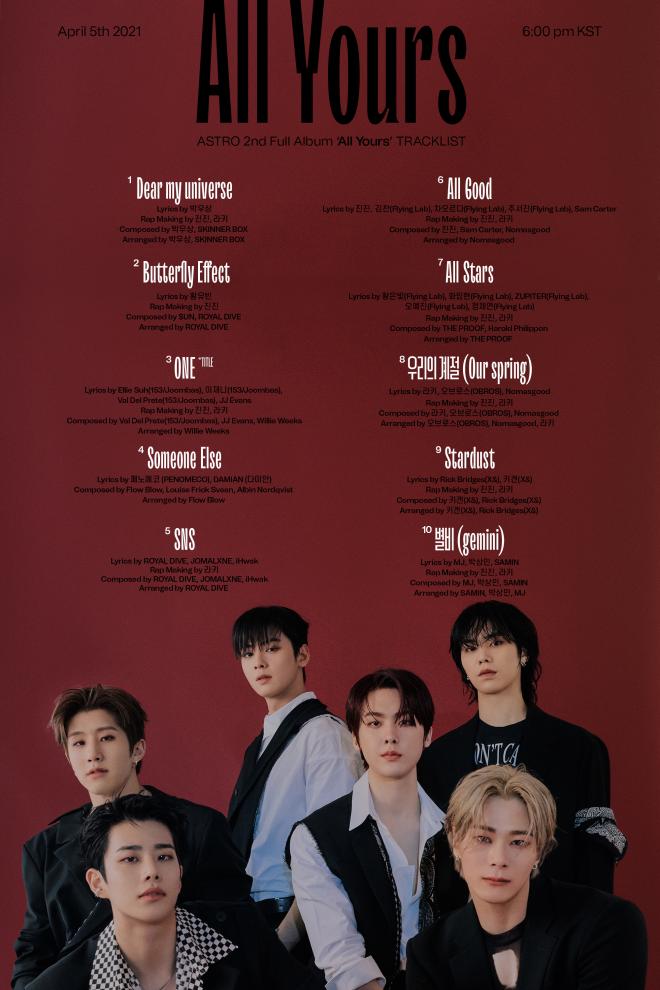 Accordingly, ASTRO’s 2nd studio album features 10 tracks. Aiming for another “astro frenzy”, the group’s latest comeback follows GATEWAY, their 7th EP released in May last year. Previously, the scheduler listed down the group’s activities prior to the album’s official release.

From March 23 to 25, fans can look forward to a parade of individual teaser photos. Thereafter, mood trailer, highlight medley and music video teasers are set to be displayed respectively. 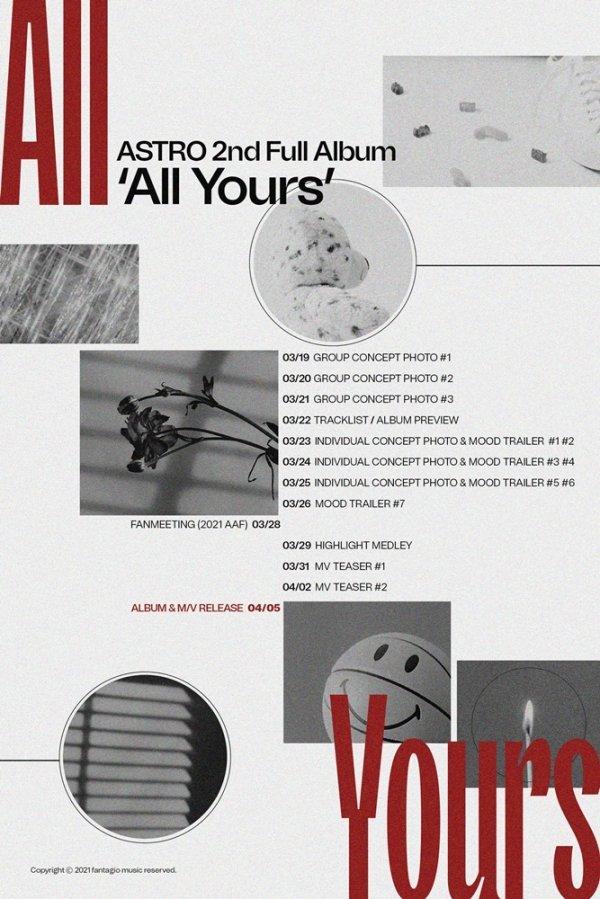 Along with their comeback preparations, ASTRO is also gearing up to meet their global fans through an online fan meeting. Titled 2021 ASTRO AROHA FESTIVAL:BE MINE, the event will air virtually via Bbangya TV on March 28 at 5 PM KST.