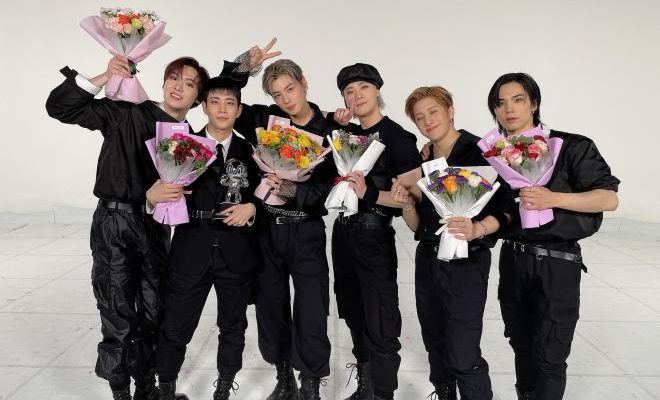 ASTRO Earns A Triple Crown During Their Promotions For “ONE”

ASTRO’s success skyrockets as they earn a momentous triple crown win during their music broadcast promotions for their newest title track, “ONE”!

ASTRO continues topping the rankings of music broadcasts with their newest title track, “ONE”. With their latest win during Mnet’s M Countdown, on April 15, the group secured a triple crown as “ONE” earned its third first-place ranking.

ASTRO earned their first number one trophy for their comeback track during SBS MTV’s The Show on April 13. Subsequently, they won during MBC’s Show Champion on the 14, followed by their third win during M Countdown.

The group’s latest album release, All Yours, is their second full album following their last comeback ten months ago. Fans met the group with incredible support, purchasing an impressive 280,000 initial copies of the album. Furthermore, ASTRO topped the retail album charts for various vendors. This included the charts for Gaon, and the Japanese vendors Oricon and Tower Records.

Additionally, the group ranked on iTunes’ Top 20 Chart, as well as on the Billboard World Digital Song Sale Chart. All Yours is a passionate, powerful project that intends to show fans everything the group has to offer.

Meanwhile, its title track, “ONE” is an electronic dance song, highlighting the group’s refreshing and chic charms. The lyrics depict the moment of being with someone precious forever, feeling bathed in starlight together. Its accompanying music video encapsulates ASTRO’s cool charismas and dance skills.

ASTRO continues steadily gaining popularity throughout their careers. Many anticipate continued success as the group moves on to more active content and broadcasts during their comeback.