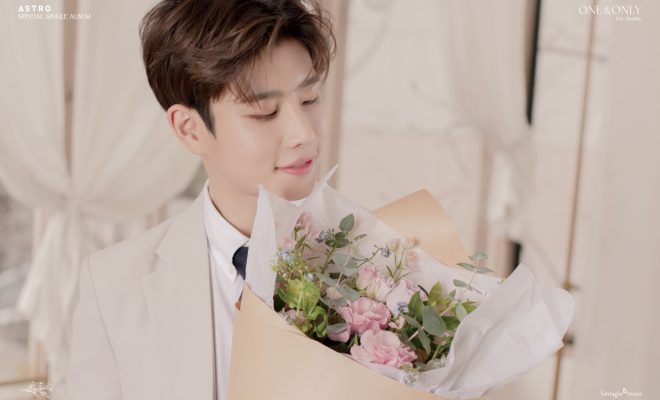 ASTRO’s MJ cooked up a wonderful treat to fans as he added a new entry to his list of OST!

ASTRO’s MJ highlighted his golden voice once again as he served an OST for the Friday-Saturday drama Yoobyeolna! Chef Moon from Channel A! 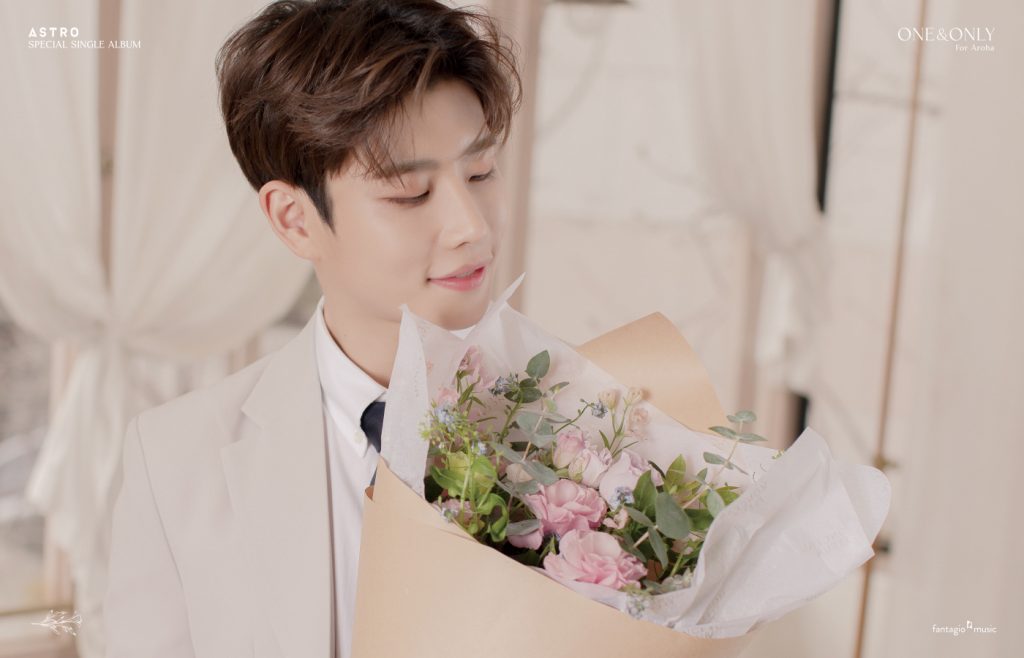 Released on April 3, the ASTRO member’s newest song served as the third entry on the drama’s OST list.

Titled “On Spring Day” (literal translation), the song has beautiful lyrics that express fluttering love like cherry blossoms in spring days. Moreover, MJ’s rich vocals matched with its bright, soft, and medium tempo melody redoubled the sweetness and loveliness of the song.

“MJ, who participated in the third OST for the drama after GFRIEND’s Yuju and Aancod, gave off passionate energy throughout the recording. This made all the staff able to enjoy the work,” the OST’s production company Snow Entertainment shared, adding that the song contained the ASTRO member’s energy and bright charms.

Prior to presenting a sweet song for the season to fans through “On Spring Day”, the singer also received lots of love from fans for their recently-released single ONE & ONLY for the celebration of ASTRO’s fourth anniversary.

On the other hand, the Channel A drama Yoobyeolna! Chef Moon is a healing romantic comedy drama in which world-renowned fashion designer Yoo Yoo Jin (Ko Won Hee) and star chef Moon Seung Mo (Shinhwa’s Eric) meet and create growth, love, and success. It airs every Friday and Saturday at 10:50 PM KST.

Watch the music video for “On Spring Day” by ASTRO’s MJ below: