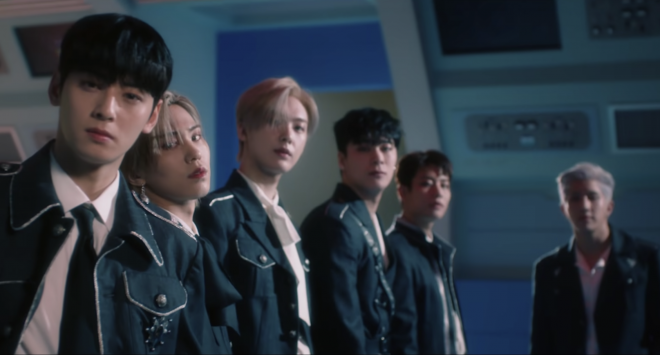 ASTRO raised excitement for their upcoming song titled, “ALIVE”, releasing a new concept teaser. The group will release the track in collaboration with the global fandom platform, UNIVERSE. During the unveiled video, ASTRO delivered a cinematic experience rivalling an actual film. 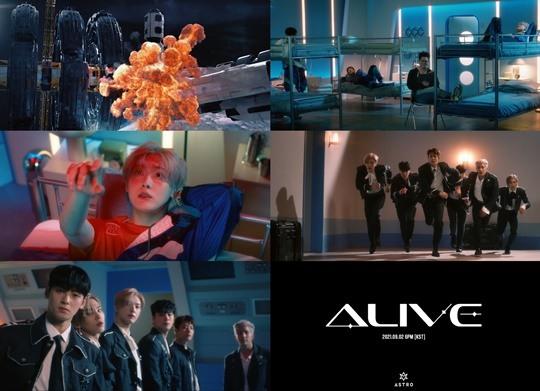 During the video, ASTRO enjoy what seems like a peaceful flight on a spaceship. However, the tension rises as an explosion between aircraft in space occurs. Subsequently, the members rush to change into space air force cadet uniforms. The group enters the control room of the plane, seemingly prepared to respond to the crisis or to fly away in another direction.

At the end of the video, the members witness a mysterious flash of bright light before the clip finishes. Its intriguing end creates more anticipation for the release of the project which will reveal the answers to fans’ questions. The teaser as a whole immersed fans in the interesting storyline of ASTRO’s upcoming release, delivering quality resembling an actual film.

Additionally, the members caught fans’ attention for their boyish charms and on-screen charisma as the protagonists to this cosmic world.

ASTRO previously portrayed the role of cadets in the Space Air Force Academy during their original UNIVERSE program titled, SPACE FORCE A: SECRET GOLDEN BOWL. The group will continue expanding this UNIVERSE worldview, combining both music and entertainment through this upcoming project.

Through this release, the group will portray their seamless collaboration with the global fandom platform, delivering a project for UNIVERSE Music that is of top scale.

Meanwhile, “ALIVE” releases at 6 PM KST on September 2 across various music platforms. Its music video will release exclusively on UNIVERSE.