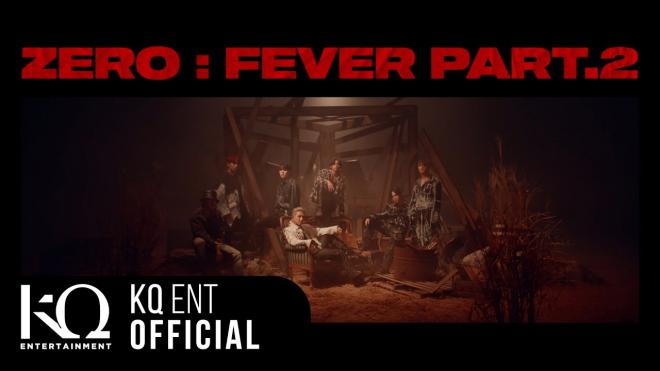 ATEEZ Heats Up Comeback Promotions With An Album Teaser For “ZERO: FEVER Part.2”

ATEEZ ramps up the feverish anticipation for their upcoming comeback, delivering an album teaser for what is shaping to be one of their most epic projects yet. ATINY, which track are you excited for the most?

ATEEZ has fans on the edge of their seats awaiting their upcoming album, ZERO: FEVER Part.2. The group already released an intense performance teaser for their title track, “Fireworks (I’m The One)”, which has already racked in over 2 million views, only a day after its release. Now, ATEEZ continues with their charged comeback momentum, teasing fans with a glimpse into their newest album.

Teasing The Journey Ahead

Beginning with, “Fireworks (I’m The One)”, fans received another listen to the explosive title track that heads ATEEZ’s latest return. Following the title is “선도부 (The Leaders)”, which already attracted attention for its declarative title alone. As ATEEZ are often coined as the “fourth-generation leaders”, fans are eager to hear the track’s possible take on themes of authority. Punctuated with Hongjoong’s whispered introduction and a distorted bassline, the song promises an intense listen to come.

Meanwhile, “Time Of Love”, is one of the brighter tracks on the album. The feel-good melody pairs with an inspiring line, “Nobody’s perfect”, teasing a warm-hearted song. Additionally, the teaser video highlights each ATEEZ member before zooming out on the team who sways in unison, emphasizing the song’s happy tune. Next up, “Take Me Home”, takes the album to a moody turn in the dark-synth track. Perhaps more instrumentally mellow than prior songs, the track allows the members’ incredible vocal colors to shine.

Fans are already familiar with “Celebrate”, a sincere fan-dedicated track. ATEEZ gifted the fans with a hand-written lyric video of the song, released in celebration of ATINY’s second anniversary. Initially available only for 24 hours online, “Celebration” now makes its permanent return on their upcoming album.

Subsequently, the group continues their efforts to communicate to global fans in “Take Me Home (English ver.)”. The emotive track, performed in two languages, illustrates ATEEZ’s earnest desire to reach all listeners. Lastly, the group concludes the teaser with their last track “I’m The One (HEAT-TOPPING ver.)”. The electronic remix of the title track hints towards a more ominous listen.

Meanwhile, fans will not have to wait much longer for the group’s return. ATEEZ will make their comeback on March 1 at 6 PM KST with ZERO: FEVER Part.2.