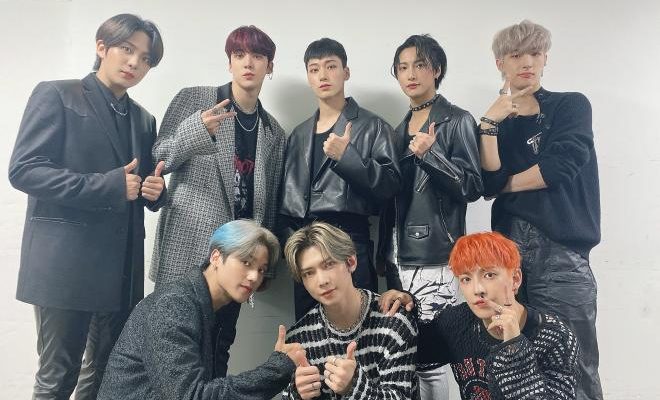 ATEEZ charm viewers with their charisma and stage presence during their very first group appearance on “You Heeyeol’s Sketchbook”.

ATEEZ appeared for the first time as a group on “You Heeyeol’s Sketchbook”, impressing fans with their endearing personalities and powerful stages. As part of their promotions for their recent comeback with mini-album, ZERO: FEVER Part. 3, ATEEZ performed a sensual performance of title track, “Deja Vu”, and gifted ATINY with a surprise cover of a famous pop track. 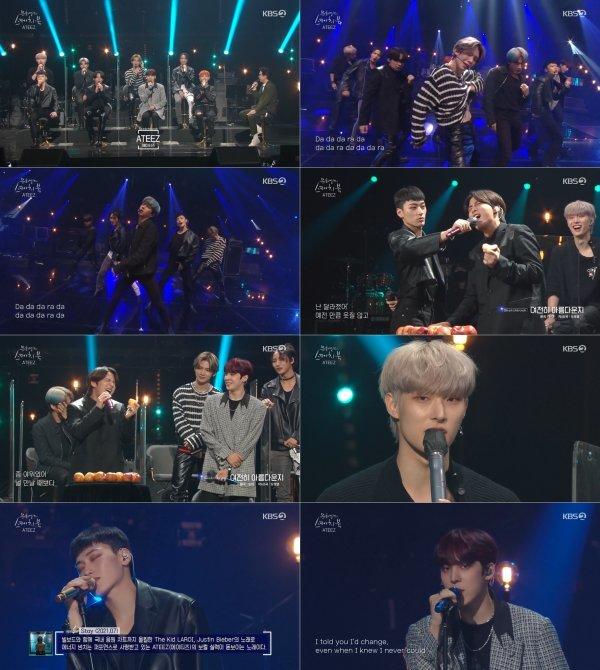 During the program, the group expressed their excitement to participate in the show. While some members appeared on the series before as part of their schedules for drama, Imitation, this episode marked the first time ATEEZ have appeared as a group.

They explained, “This is the program we wanted to appear the most on since our debut. It’s our first time, so we’re nervous but excited. We will fill it with enthusiasm and freshness.”

ATEEZ consistently receive praise from industry seniors, including Kim Jongkook, Rain, and Psy. When questioned why, the group pointed to their unique performing mentality and stage presence. They explained, “We always think it’s the ‘last’ when we’re on stage, so we think they say good things because they can feel that energy.”

The group’s main vocal and maknae, Jongho, displayed his unmatched singing skills during the episode. While showing off his abilities to split apples with his hands alone, he also covered, “Is It Still Beautiful”.

Moreover, ATEEZ took to the stage to perform their title track, “Deja Vu”. During their performance, the members showed alluring and sharp choreography, all while delivering outstanding live vocals.

Subsequently, ATEEZ surprised fans with a cover of “STAY” by The Kid LAROI and Justin Bieber. The track continues to be a hit on American music chart, Billboard, as well as on domestic Korean charts.

During ATEEZ’s rendition, fans were gifted with a rock arrangement including harmonic vocals. Additionally, both Hongjoong and Mingi incorporated Korean raps, integrating the group’s unique flare while maintaining the sentiments of the original track.

As a result, the group topped Twitter’s worldwide trends upon the cover’s release.

Meanwhile, the group enjoys ongoing success in the wake of their recent comeback with ZERO: FEVER Part. 3. As of midnight on the 17th, ATEEZ has sold around 600,000 copies of the album, continuing to break their personal records.