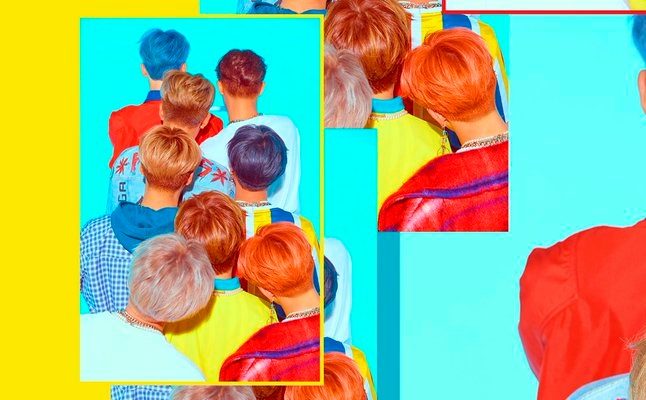 This June, ATEEZ is ushering in a newer, more colorful era.

It’s official: ATEEZ has brand new music on the way! After posting a mysterious teaser image on their social media accounts, the group confirms that they are indeed coming back with new music next month.

On May 19, the group revealed that they will be releasing their first album on June 10, 6 PM KST. To help ATINYs get excited, the group has unveiled a detailed comeback promo map. ATEEZ clearly has a lot in store for their beloved fans, and everyone cannot wait to see this up and coming group break milestones in their careers. 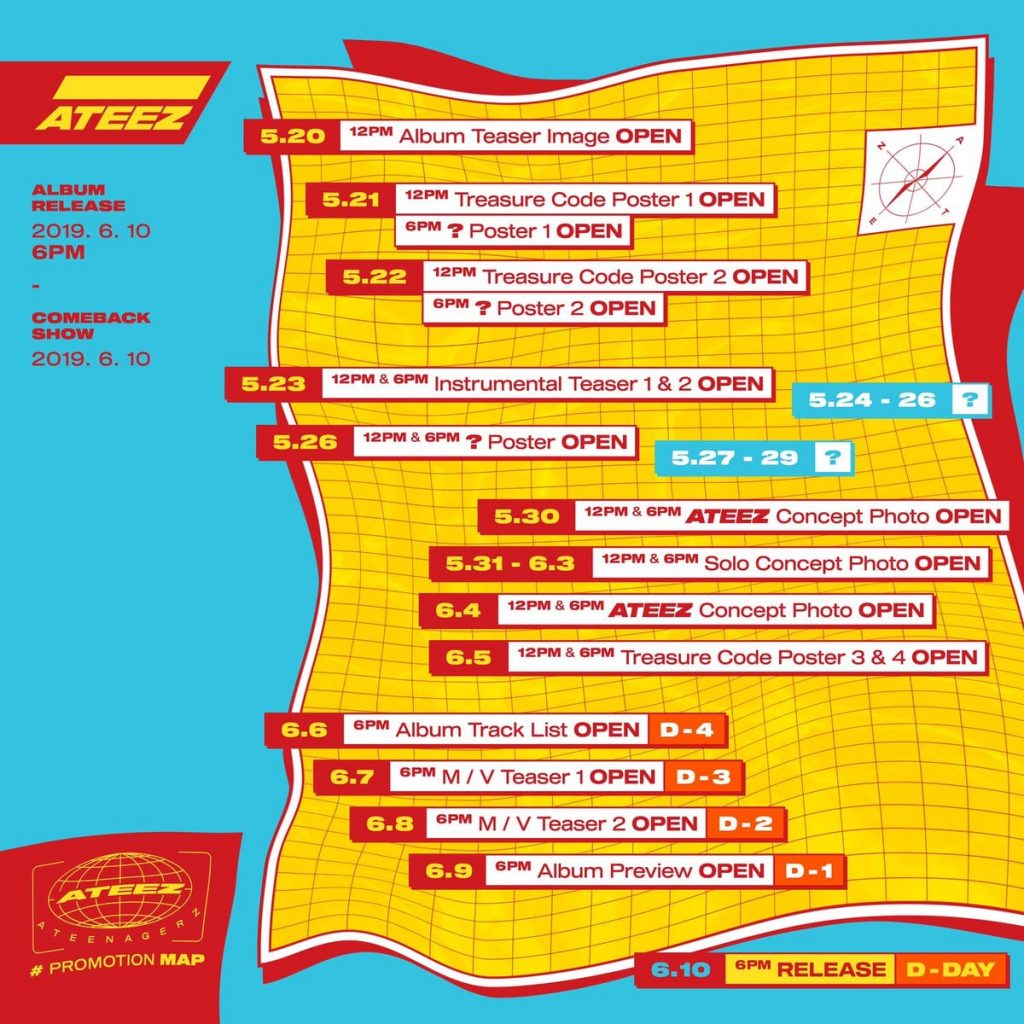 Hongjoong, Seonghwa, Yunho, Yeosang, San, Mingi, Wooyoung, and Jongho are kicking off the countdown to their comeback on May 20, where they posed to publicize their album teaser image. On May 21 and 22, they will be unveiling a series of posters at 12PM and 6PM KST.

On May 23, ATINYs will get a sneak peek of their new music as they reveal two instrumental teasers. ATEEZ will then unveil group and individual concept photos from May 30 to June 4. Notably, the group will be throwing in surprise promotional context from May 24 to 29.

Wrapping up their promotions are two more posters, to be dropped on June 4 and 5. ATEEZ will uncover their track list on June 6, and music video teasers for their title track on June 7 and 8. Finally, they will be giving fans another sneak peek into their upcoming album with a preview on June 9.

Earlier this year, ATEEZ took the world by storm with their second EP, Treasure EP.2: Zero to One. The album debuted fifth at Billboard’s World Albums Chart and seventh at their Heatseekers Albums Chart. The eight-piece group introduced themselves to a global audience through their title track, “Say My Name”, which debuted on Billboard’s World Digital Song Sales chart.