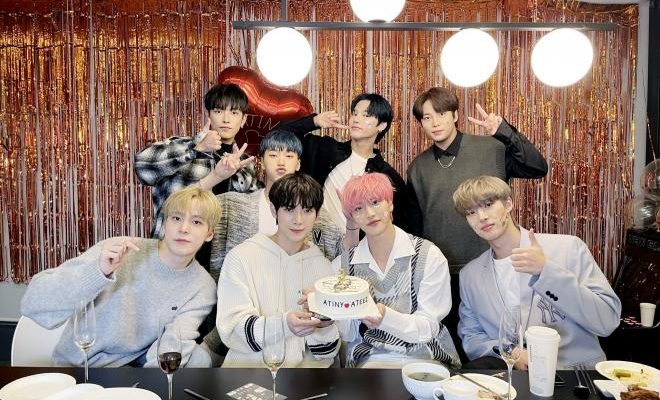 ATEEZ Send Love To Their Beloved Fandom On ATINY Day

ATEEZ made sure ATINY day was “All About You” as the group celebrated their adoring fandom’s third anniversary!

ATEEZ celebrated their fandom’s third anniversary by releasing special content in commemoration of the milestone. On November 17, the group released an ATINY Day timetable on their official SNS accounts, in addition to posting a video titled, “Omniscient ATINY view”, featuring the members cooking seaweed soup and singing for their fans. 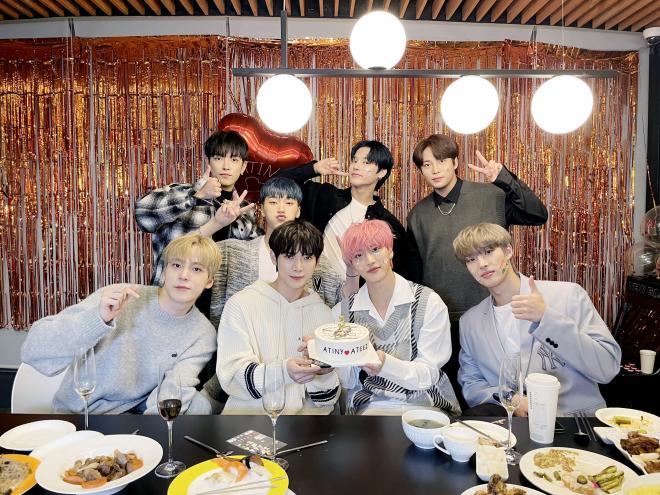 Making the celebration even more meaningful was the members’ direct communication with their fandom. The team of eight threw a party celebration on their YouTube channel during a live broadcast.

The members shared their love and nostalgia with fans during the celebrations. The group shared fondly, “We were happy to create an event-like day for ATINY today, and congratulations once again. As ordinary daily life has always become special after meeting ATINY, today is more meaningful than our debut date.”

The group promised, “We will continue to be ATEEZ that always plays good songs and entertains ATINY.”

ATEEZ’s fandom name combines the words “ATEEZ” and “Destiny”. “ATINY Day” is an ongoing event that commemorates the fandom’s third anniversary since receiving their official title.

The group continues communicating with fans consistently. ATEEZ recently completed their first XR virtual concert ever. Additionally, after its initial postponement, ATEEZ will travel around the world to perform for fans during their tour, ATEEZ WORLD TOUR THE FELLOWSHIP: BEGINNING OF THE END.

The members will officially kickoff their world tour on January 7, 2022 in Seoul, before subsequently heading to their American and European tour legs.