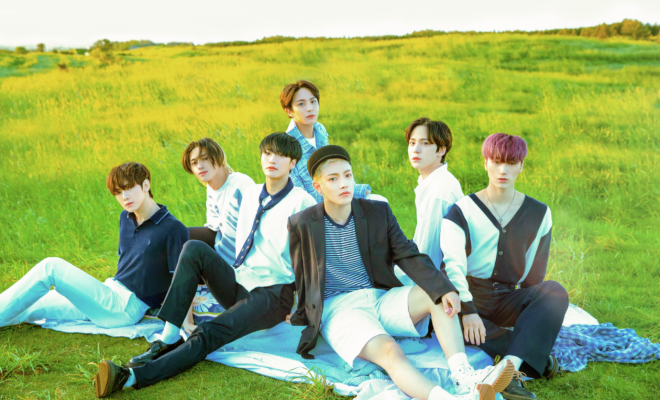 ATEEZ maintains an upward trajectory of global popularity. The fast-rising fourth-generation group continues to demand attention for their music. ATEEZ’s most recent title track “Fireworks (I’m The One)” from the mini-album, ZERO: FEVER PART.2, is included in the Top 5 K-Pop Hits for the JOOX Top Music Awards (Mid Year) 2021 in Malaysia.

The achievement highlights ATEEZ’s ongoing growth. While many applaud the group for their organic growth stateside, which is no easy feat for a K-Pop group in such a competitive market, ATEEZ simultaneously gains attention in Asia.

The news of this Malaysian award occurs as ATEEZ’s first Japanese single “Dreamers”, soars on the charts.

The group made their Japanese comeback with their first Japanese single full album Dreamers on July 28. The album ranked second place on Oricon’s “Daily Singles Ranking” following its release. Meanwhile, the title track of the same name ranked third place on Line Music’s charts following its pre-release. The album consists of two new tracks, “Dreamers” and “Blue Summer”, as well as an acoustic version of “Still Here” and a “Dreamers- Instrumental” song.

In addition to ranking fifth place among America’s most tweeted about musicians of 2020, ATEEZ dominated Billboard’s “World Digital Songs Chart”, asserting their place as a global K-Pop phenomenon.

Proof of the group’s surging influence in the industry continued as ATEEZ’s music appeared at the 2021 Tokyo Olympics. Tracks including “WONDERLAND”, “Dreamers”, and “Fireworks (I’m The One)”, played during the event to a global audience. Impressively, the songs played during overseas matches of non-Korean teams, reiterating their worldwide reach.

Meanwhile, ATEEZ will display their influence during the “Korea Travel Live Talk Show”. Organized by the Korean Tourism Organization, the group will promote the country to foreign fans and travellers.