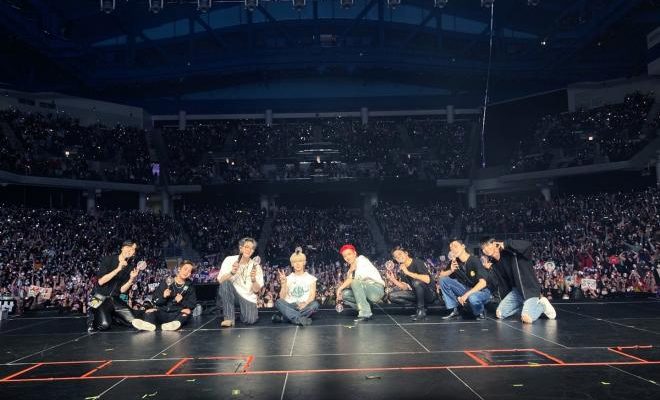 ATEEZ Successfully Kicks Off Stateside Tour With A Legendary Start

ATEEZ makes a grand entrance in America with the first stop of their long-awaited American tour!

ATEEZ made their tear-jerking reunion with American ATINYs during the first stop of their stateside tour leg in Chicago. The boy group, who amassed an incredible global following, embarked on their tour THE FELLOWSHIP: BEGINNING OF THE END which had been postponed since 2020. 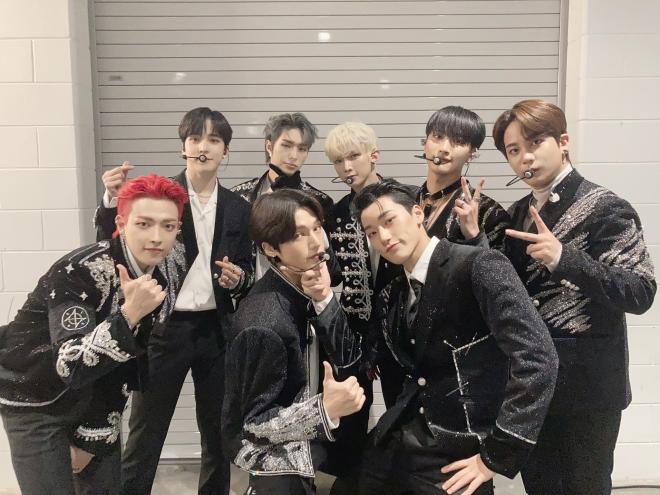 Following their Seoul performances that occurred at the beginning of the month, ATEEZ received immense praise from industry insiders and audiences for their performances. Delivering an extensive setlist, unparalleled stages showcasing their dancing and live vocals, as well as impressive professionalism, ATEEZ impressed all in attendance.

As a result, expectations were high for their arrival in America. The group arrived in Chicago before the concert, working hard to deliver a seamless show. Since their debut, the group garnered quite a reputation for their capabilities to deliver a show-stopping concert.

The members certainly met expectations, meeting the roaring American audience with equal fervor. The group overtook Twitter trends during and following their first American stop at the Wintrust Arena in Chicago on January 18.

After their debut, ATEEZ visited five North American cities and ten European cities in only four months. Their success created their identity as a “monster rookie” as they sold out all available seats.

Subsequently, their tour ATEEZ WORLD TOUR THE FELLOWSHIP: MAP THE TREASURE was initially slated for February 2020 pre-pandemic. With these tours, they attracted 100,000 tour visitors, earning the record for achieving the highest tour visitors in the fastest time since debuting in K-Pop history.

In addition to their strong concert sales, ATEEZ also released two mini-albums and their first repackaged EP this year. In 2021, the group sold 1.86 million albums cumulatively. Their rescheduled tour, THE FELLOWSHIP: BEGINNING OF THE END was again met with huge demand, resulting in sold-out shows. This demonstrates their unique and skyrocketing success.

Meanwhile, ATEEZ will continue their stateside tour in Atlanta on January 20.