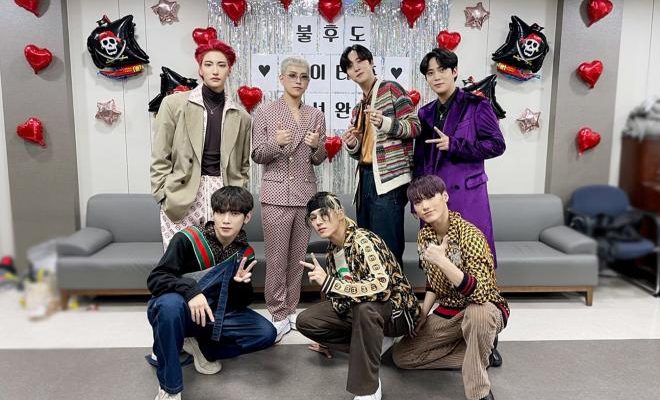 By Kirsten | May 23, 2021
157
SHARES
FacebookTwitter
SubscribeGoogleWhatsappPinterestDiggRedditStumbleuponVkWeiboPocketTumblrMailMeneameOdnoklassniki

ATEEZ are deemed “the next generation idols of K-Pop” by Psy for their stage genius, taking home their third crown from Immortal Songs during the episode dedicated to the industry icon!

ATEEZ received glowing praise from their industry seniors once again during their recent appearance on Immortal Songs. The episode celebrated Psy, the soloist behind hit global tracks such as “Gangnam Style”, and the CEO of entertainment company P NATION. While ATEEZ are no strangers to the Immortal Songs stage, their appearance was even more special considering Psy requested their participation himself. 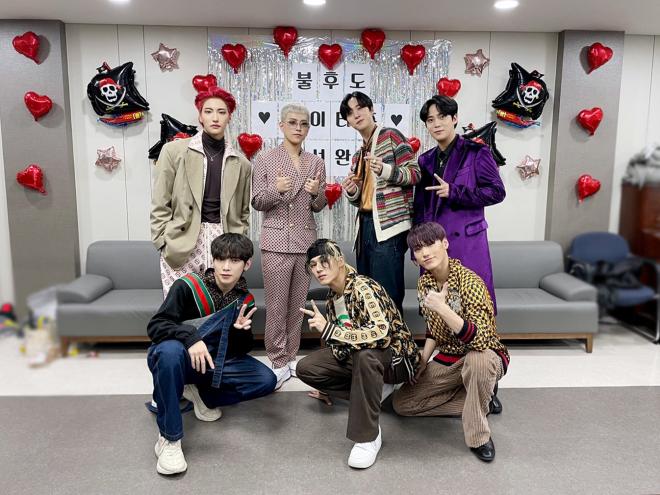 Since their debut in 2018, ATEEZ continues to dominate the industry with their unique stage genius and musicality. As such, the group often receives immense support from fans all across the world and even their industry seniors.

Psy personally suggested ATEEZ’s appearance during his Immortal Songs feature, an episode that celebrated his massive success so far. Furthermore, the artist expressed his confidence in ATEEZ’s capabilities, as MC Kim Joon-hyun stated, “He clearly said that the idol who shows the best performance these days is ATEEZ.”

Other talented artists who performed in the episode included Jessi, Swings, Kim Pil, Heize, and Giriboy.

For their stage, ATEEZ performed Psy’s track titled “Right Now”. The group delivered an energetic arrangement, impressing with their New Jack Swing genre rendition of the track. Moreover, Hongjoong playfully mixed in various lyrics during his rap, honoring Psy’s other works. The members captivated their crowd with their fun charisma, delivering a charming performance that clearly displayed their passion for performing.

After their performance, the group received a standing ovation for their refreshing rendition of “Right Now”. Following the judges’ panel vote, the group won their third trophy from Immortal Songs. The impressive achievement continues to highlight the group’s unending potential and growing success.

Regarding their future, Psy explained, “All the juniors will work hard, but ATEEZ distinctly works hard and does well. In my opinion, I think the next K-pop generation is ATEEZ.”

As the group continues to demand attention with various activities, fans can agree that this prediction is already becoming true. ATINY can continue keeping up with ATEEZ during their appearances on Mnet’s Kingdom as well as the KBS drama Imitation.