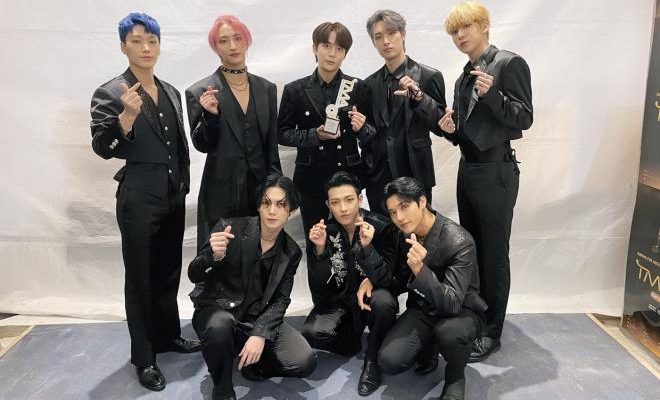 ATEEZ claim the award for ‘Artist of the Year’ during the 2021 The Fact Music Awards, taking home their first bonsang since their recent comeback.

ATEEZ maintain their impressive momentum following their comeback with ZERO: FEVER Part.3, winning ‘Artist of the Year’ during the 2021 The Fact Music Awards. The award marks the group’s first main prize award since making their return this September. 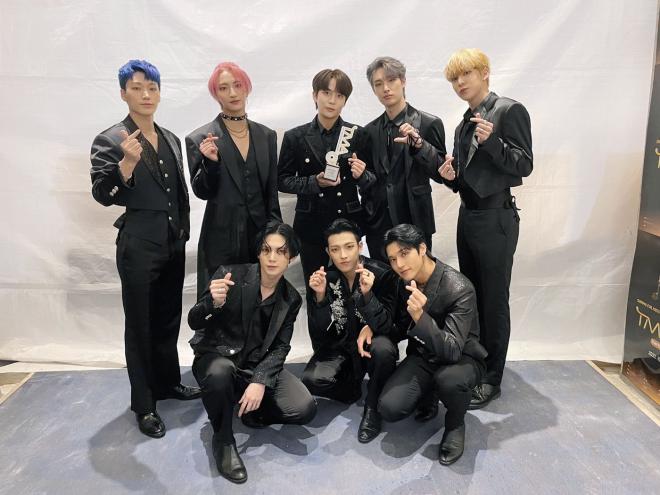 After receiving their prize, ATEEZ sent their heartfelt gratitude to their fans for their support. The group stated, “I miss ATINY so much and thank you for giving us the award here for the second consecutive year. Thank you to the company family, staff, and most importantly, to the parents who gave birth to the eight of us. ATEEZ will continue to grow further in the future.”

The Artists To Watch

ATEEZ drew attention at the ceremony with all-black suits and shining accessories. Their sleek charisma translated into powerful performances. During the award show, the members performed a title song medley featuring “I’m The One” from this spring’s ZERO: FEVER Part.2, as well as “Deja Vu” and “Eternal Sunshine” from their most recent EP.

During the stages, the group displayed their impressive live performance skills. Despite ATEEZ’s notoriously difficult choreography, the members amazed with steady vocals, proving their unmatched talent.

Moreover, the group surprised fans with a dance break, performing choreography backwards. The dance stunned viewers with its ingenuity, also raising questions regarding its connection to ATEEZ’s complex worldview.

The night was a momentous culmination of the group’s successes following their comeback.

In addition to winning ‘Artist of the Year’, the group recently broke their initial sales record, more than doubling the sales of their last EP. Furthermore, ATEEZ entered Billboard’s main chart titled the Billboard 200, ranking at number 42. In total, the group ranked on seven Billboard charts, an illustration of their global popularity.

Meanwhile, the group will continue promotions for ZERO: FEVER Part.3, releasing the music video for their second title track, “Eternal Sunshine” on October 4.