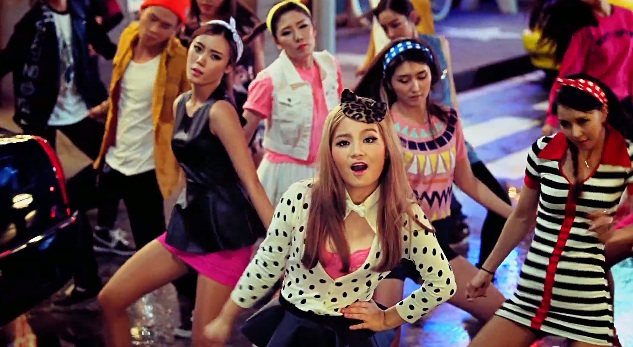 Praises have been flying in for YG Entertainment’s Lee Hi’s voice but fans have said the singer seemed ‘awkward’ in her debut music video, 1.2.3.4.

Signed to YG Entertainment after becoming a runner-up on SBS’s K-Pop Star, Lee Hi has released her debut music video for 1.2.3.4 earlier today.

In the music video, Hi proposes a whole different image of herself from what the public deemed her to be. She adapts a funky style with glitz and glamour.The rookie star also presents an urban ambient with retro fashion highlighted by the video’s classic neon and light bulb signs.

The music video has been hit by criticism from fans, being labelled as ‘awkward’. Sarah Azmi from YouTube said ‘She looks somewhat awkward…’

Another YouTube user keitsumi said ‘She doesn’t hold much expression and it was really a drag to keep on watching.’

However, many fans continue to compliment the rookie singer for her soulful and jazzy voice, comparing Hi to singers such as Adele, Duffy and Amy Whinehouse.

‘I can see her becoming as great as a Duffy or even an Amy Winehouse/Adele in a few more years.’ MilkPeaches said.

YG Entertainment’s boss, Yang Hyun Suk was said to be very active and involved in the process of this debut. The company had also employed the same music video director of Big Bang’s BLUE and 2NE1’s Lonely to work on Lee Hi’s debut music video.

Do you think LEE HI’s music video was awkward? Watch and vote in the poll below!